Rules to Live By: 11 Commandments for Audience Members

As you may have guessed by our weekly live music agenda, our tender-hearted concert reviews, and our extremely active Instagram (you follow us yet?), we at La La Lista love our live shows. And we’ve been to enough of them to have witnessed the full spectrum of audience behavior, from the saintly to the downright despicable. To do our part in shuffling the show-going zeitgeist towards a more altruistic future, we have compiled this list of 11 rules for audiences to maximize the enjoyment of everyone present, from the bands to the crowd to the venue owners. 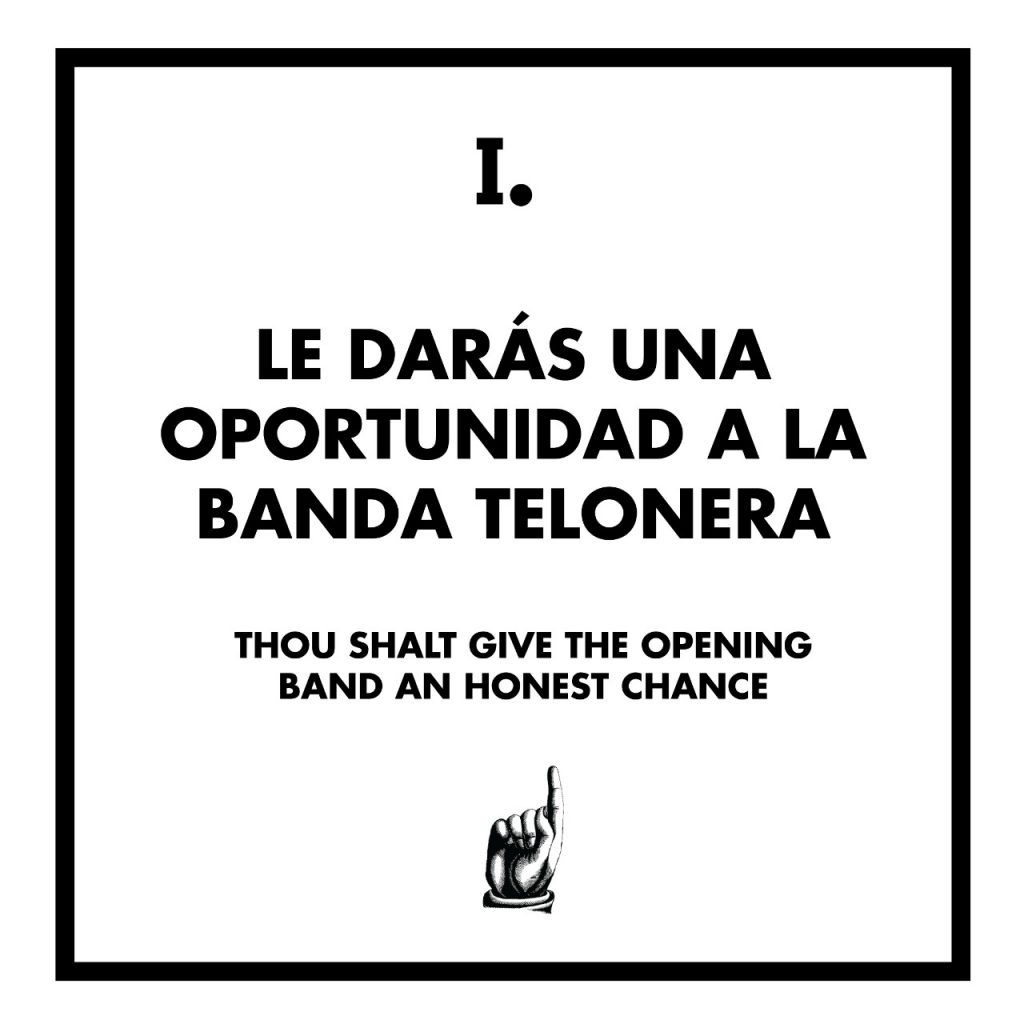 We know, you’re not there for them. You’re:

Let us briefly break down the economics of playing live for your average band: there’s the flete and/or taxi with instruments home late at night (AR $100-$500), there’s the dinner that must be eaten between soundcheck and performing or perhaps half-starved after the show (AR $100-$300) and any drinks they might want beyond the free beer for the band ($$$). At the end of the night a band is lucky if they make between  AR $500-$1000, which if they don’t put towards the cost of recording their next song (approx AR $5,000-$10,000 per song for recording, mixing, mastering in a local studio), will be divided among the various band members. In summary — they’re maybe breaking even (if that). We’re not going to get into the whole philosophical discussion about how music has been entirely devalued as an art form and we’re all mindless consumers, contributing to it with every oh-so-convenient Spotify stream (mind you, this is not an accusation on our part, we love Spotify). Either go and be ok with paying, or don’t go. It’s that simple!

No, we’re not talking about that quick comment to your friend about the lead singer’s amazing sequined get-up —  we’re talking about a sustained conversation throughout the entire set about that newest show on Netflix or how much you hate your boss/ex/whatever. It’s extremely distracting for the audience members around you and can be highly demoralizing for the band trying to give it their all on stage. Again, just duck out of the salon, or save it for the end of the set! Your fellow concert-goers will thank you.

I’ve only encountered this a handful of times (most recently at Animal Collective in Vorterix), but the times I did were so irritating that I will mention them here, in the slim chance that they will prevent past or future offenders from committing this heinous act: Please, for the love of all things holy, don’t sing/whistle your own arrangement while the other band plays. What can I say? Something about it screams, “I’m a musical genius, let me just lay down some notes over these songs that you paid a billion pesos to see live.” 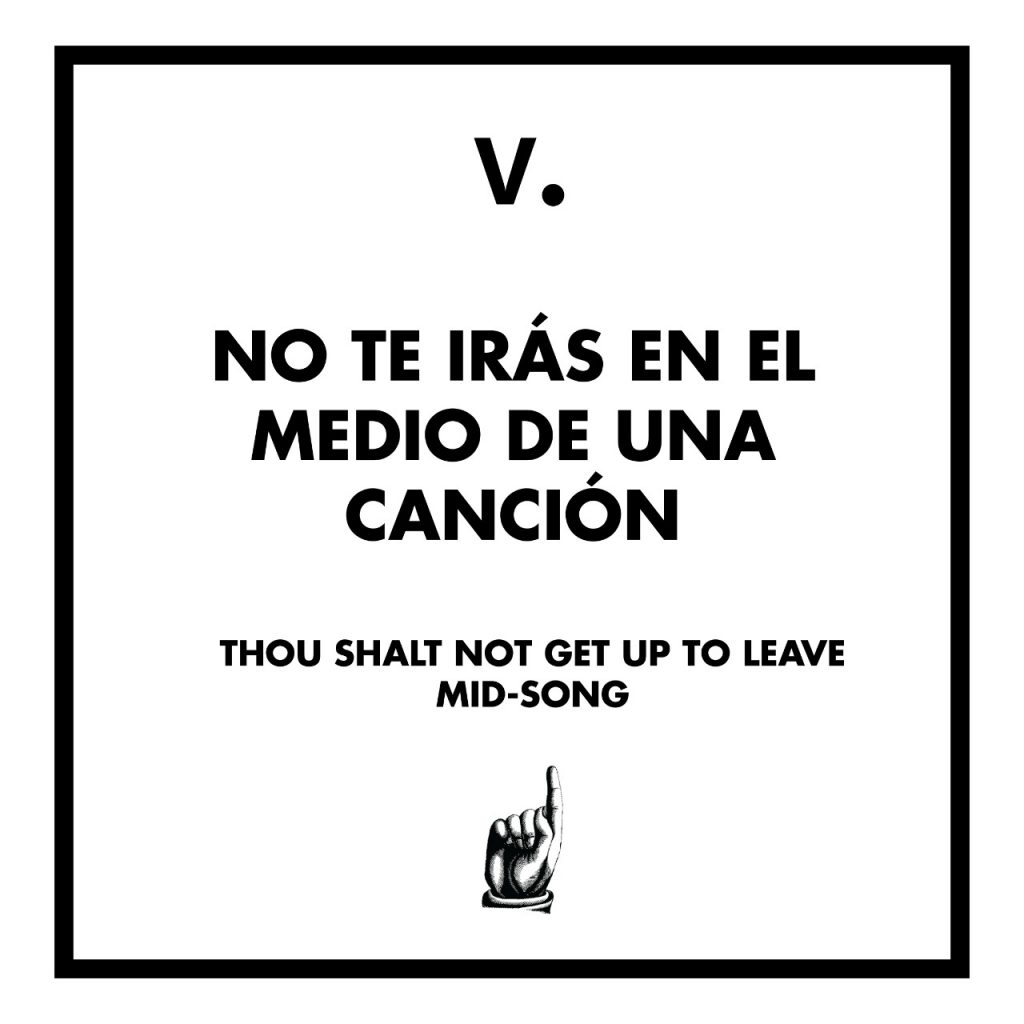 Your average song length will be somewhere between 3-4 minutes. If you’re near the front or will be otherwise disruptive if you get up, maybe just wait ‘til the end of the song. It’s not hard! Duck out during the applause break to minimize disruption of the concert experience for your fellow attendees.

We know that height is one of those genetic things that people have no control over, and you didn’t ask to be that way. But we do live in the real world, and so we must adjust our behavior accordingly. There is nothing worse than the tall person who arrives late to a show and pushes their way to the front of the crowd, immediately obscuring the view of everyone around them. So if you’re very tall, be considerate! Show up early so you can stake your claim on a spot at the front, giving everybody else the chance to adjust. Or, if you get there late, be OK with standing in the back. Chances are you’ll have a pretty decent view from back there anyway!

ADDITIONAL TIPS: Find a column or tall structure to stand in front of. Or spot another tall person already in the audience and stand around them, creating a Human Wall. This may occupy more space, but is also more easily avoidable.

Along those lines: everybody — not just tall people — should strive to arrive at the show at a reasonable time so that they may stake their claim on their preferred spot. That’s not always possible, so you may find yourself working your way through the crowd to find a good one. Alternatively, you may be looking for a friend or trying to make your way to the bar or bathroom, or any number of things that are extremely cumbersome to do when you’re packed like sardines in a crushed tin box with many other human bodies. If this is the case: don’t be a fucking animal. There are ways to finesse a path to your preferred location that doesn’t involve barreling through everybody like an entitled locomotive. And remember to say “please” and “thank you”.

ALSO: another kind of pushing that happens during concerts is the collective crowd push towards the stage as the band is coming on. This is hard to control because it seems to be a collective impulse to rush closer to the stage is the accumulated muscle mass of hundreds of huddling bodies lurching forward at once — just be mindful of your surroundings and try not to crush the people around you. 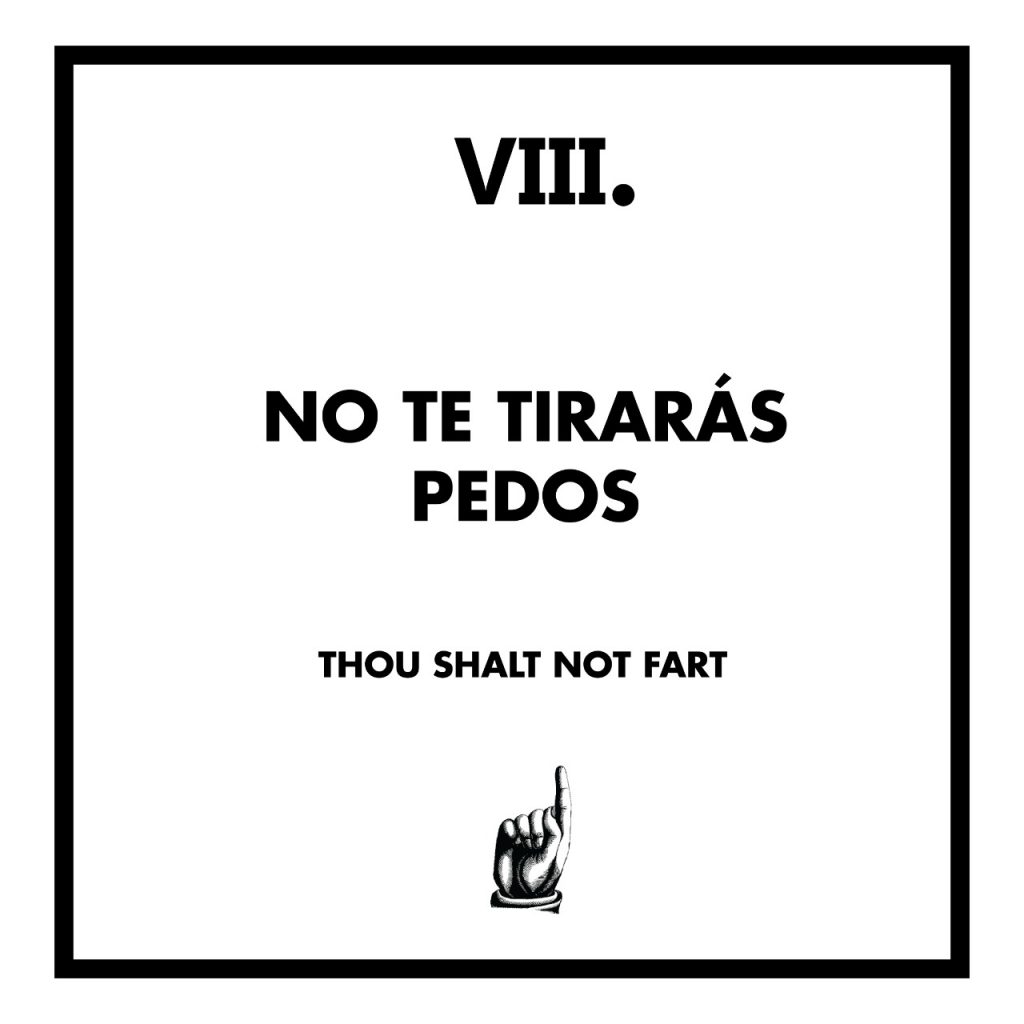 Everybody farts. That’s just a design flaw that is inherent to these weird meat sacks we call bodies. But when in close proximity with said huddled bodies, the polite thing to do is hold it in– at least until you are able to sneak off to the bathroom or some secluded area. 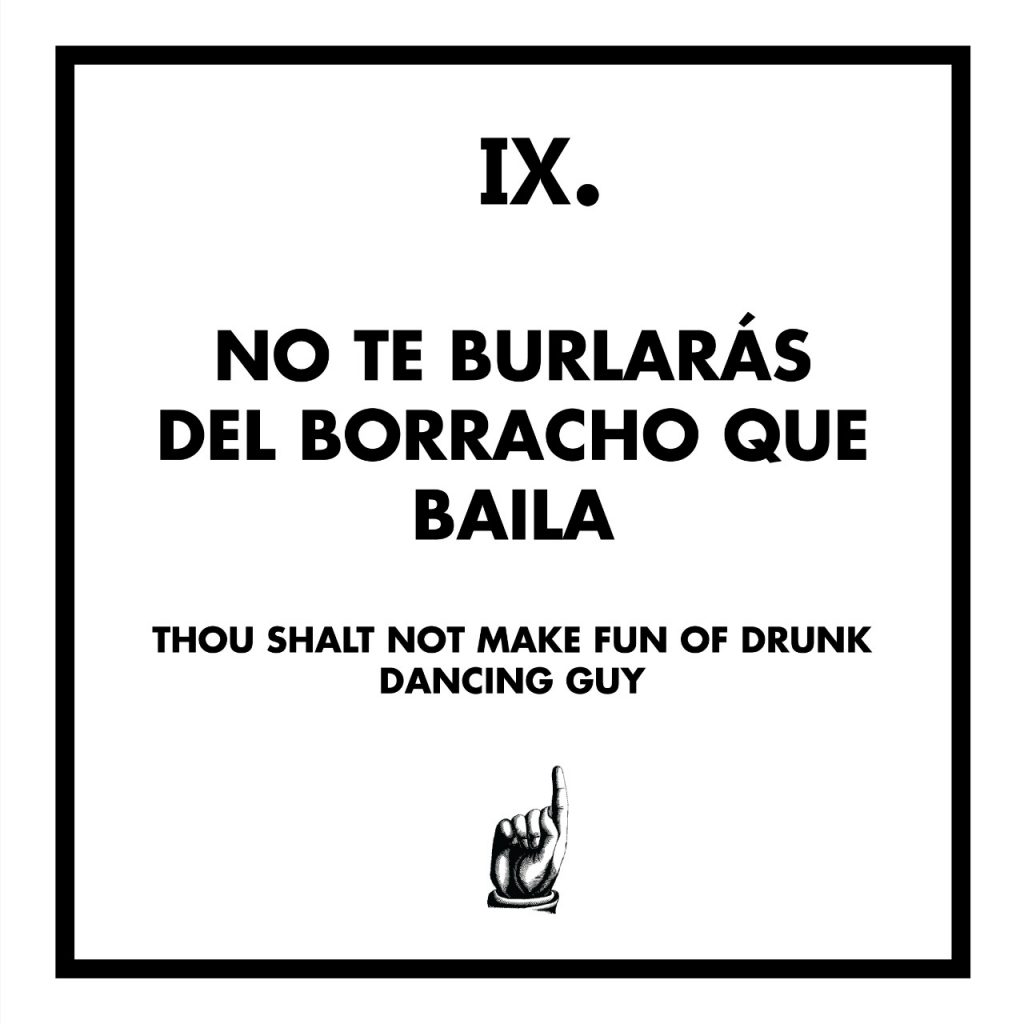 We should all be so lucky to be drunk dancing guy.