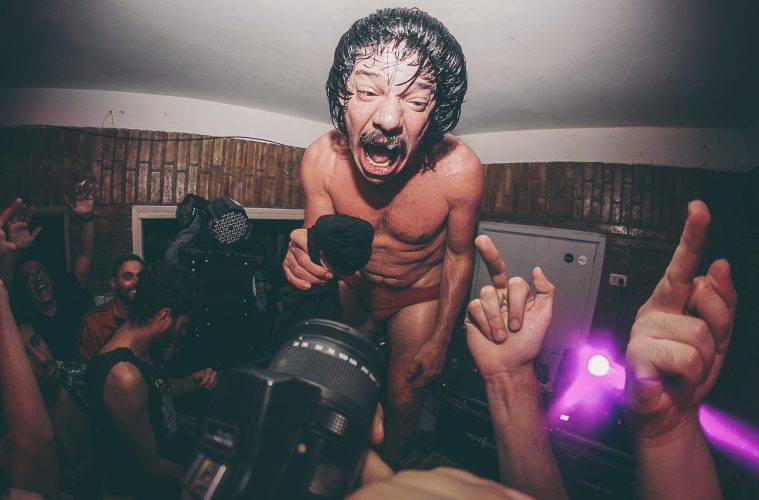 There’s nothing quite like a Silverio show. Between his trademark red thong and plethora of insults, his “caveman electronic” music is a live show unlike any other. “There’s something sadistic about it,” he says. “I guess it’s my way of dealing with the paranoia of having so many people watching, which is a pretty strange situation already. It’s anti-natural. Even though it doesn’t look like it, I’m not a person that enjoys being the center of attention.” Huh.

To celebrate his triumphant return (you’ll see what that means below) to Buenos Aires at Palermo Club, here is a list of Silverio’s wildest shows, as told by Silverio himself.

Some time ago, someone invited me to the closing of a presidential campaign for the political party Nueva Alianza (I don’t know if they’re still around). From the moment I arrived to the moment I left, it was a constant misunderstanding — I didn’t know what I had gotten myself into until it was already happening. They quite obviously didn’t know who they had invited. The presidential candidate was supposed to give a speech after the show. Well, that didn’t happen. I think when she saw the situation, she probably said: “okay, we screwed up. Something didn’t go as planned”.

Really, they were trying to open people’s minds or do things in a proper way, unlike what they had been doing for years. They took me to local TV shows but people in Chihuahua a are very conservative. I’d go to local TV shows shot in a barn. Things got pretty tense because people get offended by my answers. The show didn’t last the usual hour and a half, it went on for ages, like 20 hours or so.

I enjoy those situations a lot. I have a good time. I think that’s what it’s all about: being in the wrong place. Not so wrong as to get myself killed, mind you, but to get into those situations is really what it’s all about.  There were narcos involved, it was a chain of peculiar situations. The capo had a tooth buried deep in his hand because he had beaten someone to death and he hadn’t gone to the hospital yet. That scared the shit out of my crew, you know. But we were at a party and he happened to like me. We became friends, he even asked me to stay a couple of days at his house, but I made up a story about having a family so I had to leave.

In the US there are always situations that are like scenes from the movie Hermanos Caradura (note: that’s how we call the Blues Brothers in Mexico). The state of Texas (where I performed two or three times) and Chicago are bottle war territories. At first, I didn’t understand where all that violence came from. A friend used to say to me that since people are so repressed, they explode at the first chance they have. Because I used to think that it’s weird to see so much violence in a country that promotes order and progress, to put it in a way. Another friend that lived there for a while told me he felt that everything was so structured that as soon as someone provokes them, they let it all out. In Los Angeles I was in the middle of a bottle war too. People more or less know what they’re going to see but they don’t know the point to which it can escalate.

It’s like Greater Buenos Aires. The misery belt there is intense. Shows are cool because people go all the way. Once I played in a venue called El Chango (they were shut down) and as soon as the first song started playing, the audience went on stage and stole everything… I mean, everything. They stole my underwear. But the show wasn’t over. They got another mixer, another CD player, some mics, and a girl took off her panties and gave them to me so I could continue with the show. It was a very tender moment.

In my opinion, the show is all about the audience. If the audience is not receptive, it’s absurd to even get up on stage. It doesn’t make sense to get up there just to get an applause. The opportunities to play in a venue before 500 people are so varied, many different things can happen. 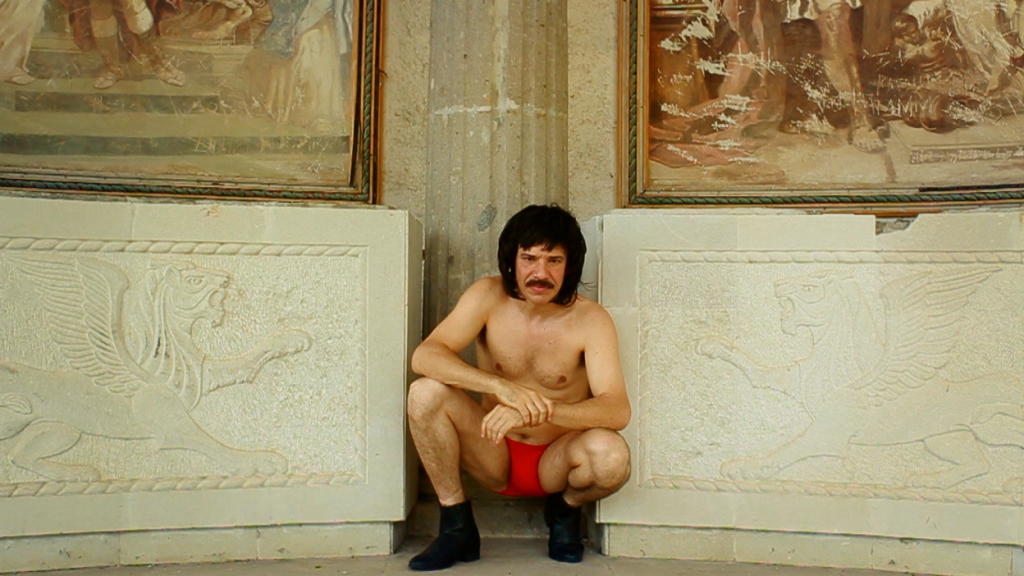 I played a free show for Christmas. They do it every year and they usually get folklore acts to play. Somebody canceled on them, and the person in charge of the organization, this young kid, called me to close the Xmas show, which was supposed to be a surprise. I was supposed to get up on stage after this prodigal kid that played the violin, a native Mexican that played incredibly. Getting the invitation was already weird enough because when we arrived in Oaxaca they asked me if I could do a softer version of my show since there were gonna be families there. Then I got up on that stage and I showed them my testicles. Immediately, a group of men in hoodies (special police) got up on stage to try to take me off, and the audience was so offended that they started breaking everything. Even grannies were pissed off at the police. A Christmas family revolt.

It was weird because they disappeared me. They didn’t take me to the police station, they just got me in a car and took me to the Oaxaca mountain range for like two hours, more or less. I was scared shitless. I said to myself: “well, it’s over… it’s over… I screwed up. I screwed up big time”. There was even a hashtag on the Internet: #freeSilverio. The hooded men drove me around the mountains in order to scare me… and they succeeded. When they took me out of the police car, they told me they’d take me back to a hotel, and I told them I wouldn’t go anywhere with them, but they kicked my ass back into the car and dropped me off at the hotel door… it was a bummer.

Not because of the level of violence, but because what happened was something that had never happened to me before. I got my ass eaten live. That was cool! It was brave of him. I’ve been trying to provoke people for a long time but I never received such a direct answer. All I can say is that I really enjoyed it. I took my time because I realized it was a special moment, like when you see a UFO. If you made it that far, you rush a bit, because you can’t say: “no, not now”. You enjoy it. You’ve made it and you celebrate.

What really took me by surprise here is that, if you provoke people… then you better get ready. Although I’ve done this show for a long time, it always surprises me that in Mexico you can insult people to death and they’ll tolerate it. They’re more distant, they don’t play along as much. When I started doing the show, there wasn’t all that violence that you see everywhere now. I saw the passive side of Mexicans (because we do have it) and I was very surprised by that. To get up on stage and do a show like that was to shake them and get a reaction.

You can catch Silverio (possibly getting his salad tossed) tonight at Palermo Club.