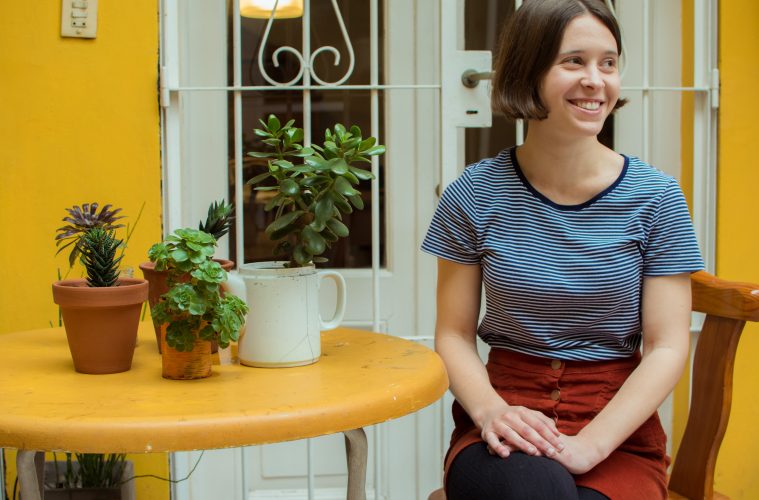 It is a beautiful spring day, and the children at the elementary school next door are causing a ruckus in the courtyard next to Tani’s house. Their shrieks and peals of laughter are in stark contrast with the silence of the buttercup-colored patio, with the serenely potted plants on every surface and with Tani herself, who smiles shyly as she welcomes me into her impossibly tidy kitchen. “My mom’s kind of a neat freak,” she explains, almost apologizing.

Tani has only just turned 23, but as of publication she has released 2 full-length, whimsical pop albums that are immediately arresting in their plain, matter-of-fact songwriting that uses its simplicity to pierce the heart of the listener, whether the production is lo-fi (see: Uturnis) or polished (see: Mew). This most recent release, Mew, is interesting in that the songs were written before it’s predecessor, but professionally produced years later. The result is an album that feels both lush and streamlined, leaving our ears sated but not overly full.

We took some time in the lead-up to this album release to catch up with Tani, and discuss her beginnings as a very young musician, her process leading up to this album, and the merits of simplicity in songwriting. 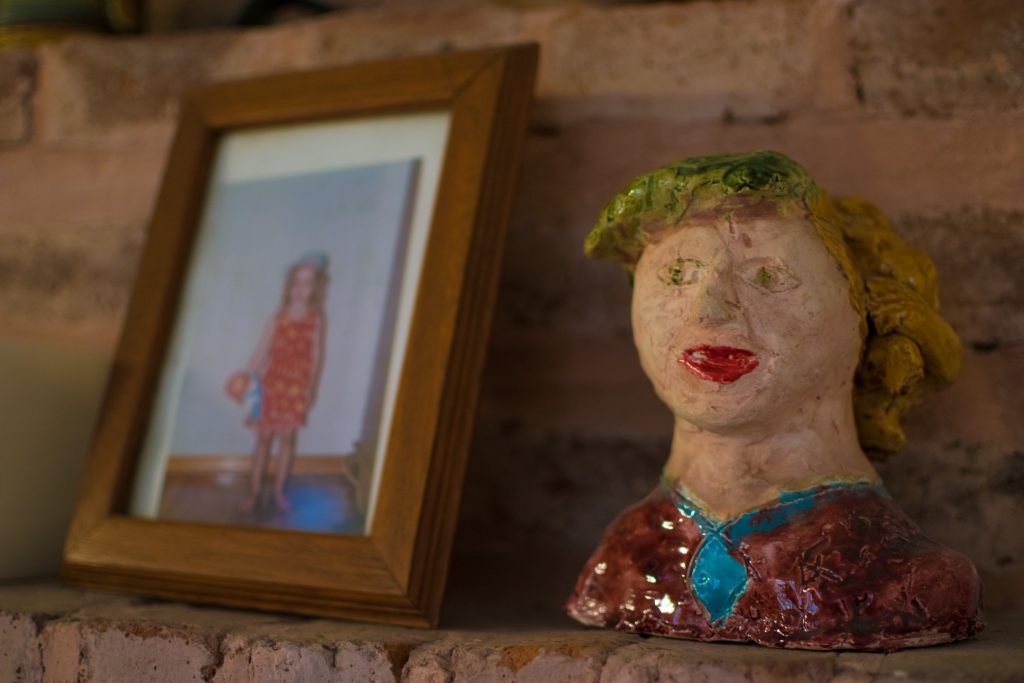 When did you start making music?

Actually, when I was a little kid. But, I started writing proper songs only a couple of years ago when I was in high school. I’ve always written songs – the first ones I liked I wrote in high school. Before that, I used to listen to the songs on TV, music in English, and I’d translate them in my own way. I’d sing in a weird made up language. When I was 5 years old I went to a music workshop for kids, then I got hooked and I started taking guitar lessons.

Are your parents musicians?

No, not at all. My dad used to paint and my mom too. But my dad listened to a lot of music – free jazz, whacky music. 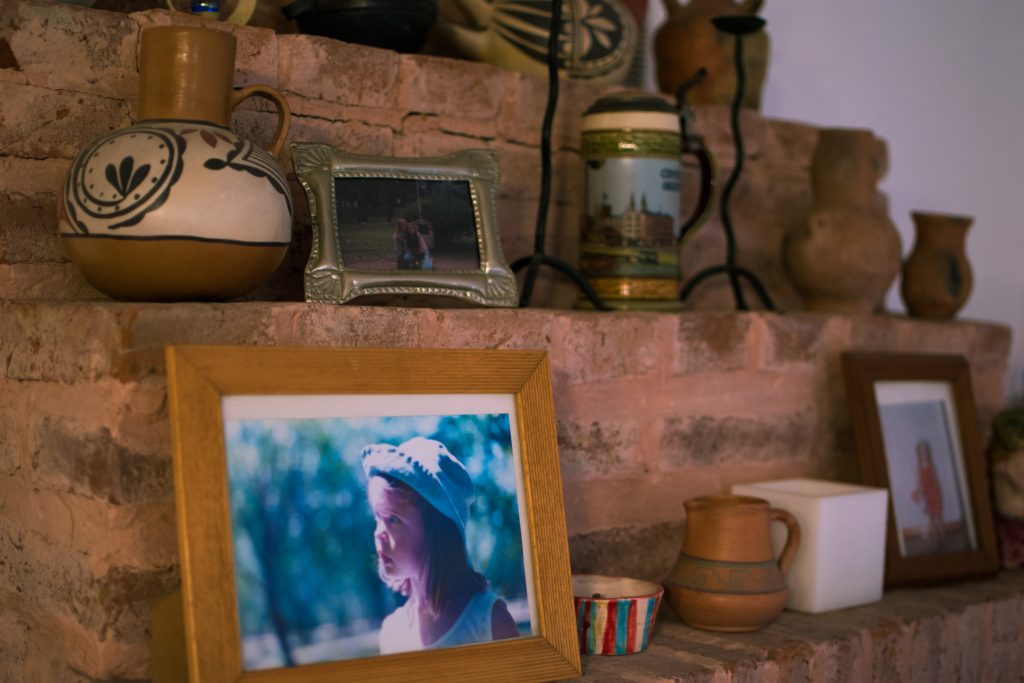 It’s pretty impulsive. One day I sit down because I want to say something and it just comes out naturally. I start playing a couple of things and it comes out without too much thinking. Right now I’m trying to think about the songwriting a little bit more, like doing more complex stuff but I like simple, so I’m gonna try to stay on that path.

I love how your voice and your melodies sound so natural, almost effortless.

If I had to think, ‘Well, now I’m gonna write a song,’ it won’t come out. It’s a bit like playing. I can’t think about it too much…just dissonant stuff would come out. Fran (Tani’s partner and musician Francisco Villa) is more like ‘okay, I can use this chord, and then this one’ and whatnot. I don’t understand any of that. I know what I want because it sounds good to me, but perhaps it’s not something very traditional.

Do songs ever come to you when you’re out and about?

It happens when I’m walking. I try to record it, but then I listen to it and I can’t make anything out of it. Like, with the bus noises and all. 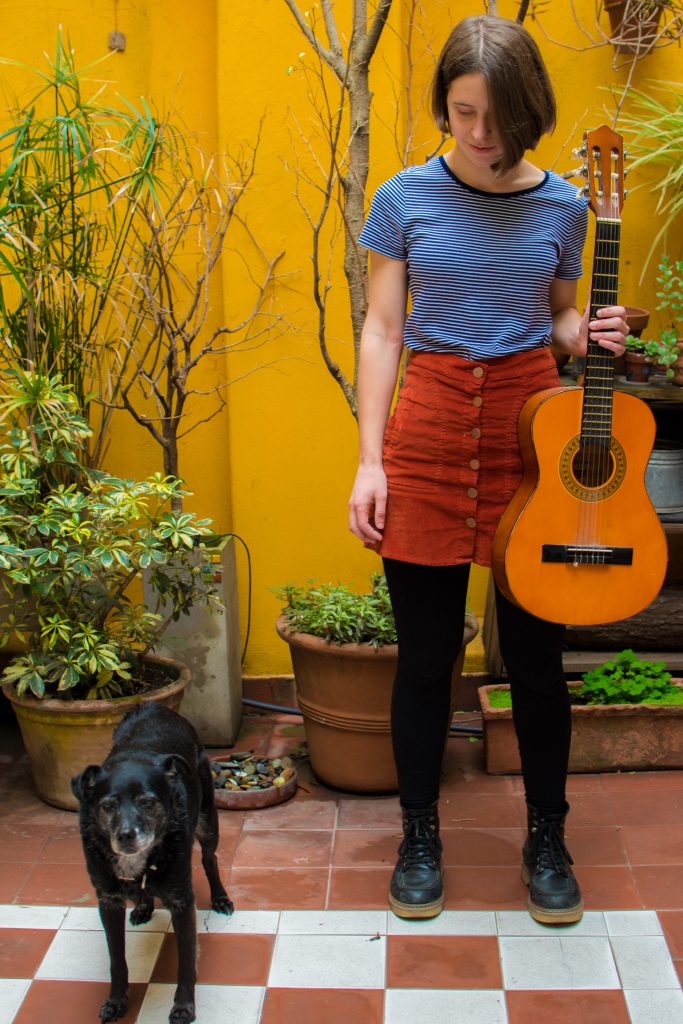 How has your songwriting process changed over the last few years?

Only recently I’ve started writing new songs. I spent 3 or so years without writing anything. In fact, a couple of days ago I started experimenting a little bit and I want it to be more organized this time. Let it come out naturally and then think about how I can make the song better.

Have the new songs changed throughout the recording process?

Not so much, because they were only piano, that didn’t change. Then we added different arrangements. They reached their full potential, but deep down they’re the same songs.

Tell me a little bit about the new album. When did you write these songs?

What are the lyrics about?

They’re based on stuff that happened to me. It’s different from Uturnis, which was more impersonal. These songs are longer and they’re about, for example, a boy I used to know that played video games all the time. I like to think that they’re about something else, not just about that particular story. It’s like I’m not just talking about this boy, I just used him to get that idea out. It’s more about teenage stuff, I guess. I feel they’re funny, in a way.

Who are some musicians that inspire you?

St. Vincent. Juana Molina – I feel like she’s my musical mom. I’ve only gotten into St. Vincent recently. Seeing her live it’s like wow, she thinks about every detail. Also Amanda Palmer, not just her music, but the way she thinks. I like how she treats her fans – she doesn’t see them as buyers, she includes them as a part of everything. There’s a mutual respect.

How do you see Tani’s future in terms of sound, songwriting, and live performances?

I still don’t know how it’s going to be. The only thing I’d like is to synthesize what Tani is.

And what is Tani to you right now?

Something playful and simple, kind of funny and ironic. Childlike but with a twist. I’ve got to work on that, because people say I’m cute and nothing else. Maybe it’s because I talk about cats, cars, stains on trousers, little cups, and all that. I don’t know how to turn that into something more concrete. I feel I have to polish those things to really be me and to make the message clearer.

Are you talking about your live performances? Or about the songwriting/recording process?

About everything – my image, my songs. I’d like to look for those little things that I think represent Tani – simple but with a twist.

Are there any bands you like doing that right now? Things that might be simple but have a different tonality.

Kate Nash has an album I really like that inspired me to write the old, new songs. She talks about having a skeleton friend, that sort of childlike stuff.

Right, many of her songs are upbeat but they have a bit of darkness to them – not unlike yours.

Or even clumsy. I think my songs are a little clumsy to a certain point. I feel there’s not much there, musically speaking. Not many chord changes. I feel they’re clumsy – they’re not subtle enough to flow, which is something someone with a bit more knowledge might do.

So is simplicity part of the process? Or is it more of an artistic goal?

I want to keep things on the simple side. Maybe enhance it a little bit, accepting that I write simple music and not something more complicated. Write more from that place. I’ve been thinking that I want it to be like primary colors, like kids’ building blocks.

Besides this new album, is there any other news that you wanna share with us?

Hits with Tits came out recently. It’s a project by two girls from Spain – one’s a DJ and the other’s an illustrator, they make vinyls. I discovered them because Sol Marianela wrote a song for them which I saw on Facebook. I wrote to them last year, but they didn’t pick me. This year I was sure I was gonna get selected because now I have songs with better recording quality. I recorded a song that I really like. Then, a compilation by Yolanda Discos with one of my original songs is coming out, and I participated in a collection of covers by Estudio Urbano.

Mew is now available to listen on all digital streaming platforms, and for purchase at Bandcamp.