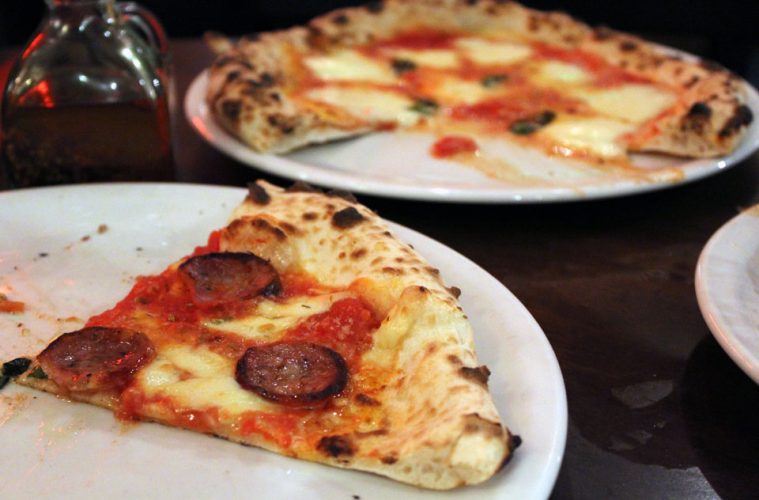 The last time I went to Siamo Nel Forno, Palermo Hollywood’s palace of neapolitan pizza, we had to zig zag up and down the tightly packed rows of tables like a game of Pac-Man, standing on our tip toes and sucking in to squeeze ourselves into a small table pinned against the wall. The “fifteen minute max” wait had morphed into 45; our stomachs had long since begun to grumble and our moods were starting to sour. But then a particularly delicious round of burrata showed up to the table. A milky asteroid with a cool outer mozzarella that broke open a creamy center of white curds.

Siamo’s puppet master is chef Néstor Gattorna, previously the owner of a belt buckle factory before studying to become a full-time pizza master. In 2010, he imported a pizza oven from Italy and opened up shop on Costa Rica with a set of 15 traditional pizza varieties.

Siamo Nel Forno was one of those rare restaurant openings back in 2010. While a budding new food scene was leaning towards high end tasting menus and forays into molecular cuisine, Siamo went after one of the city’s most ubiquitous dishes. Many were initially turned off by the austere Naples-style thin crust and lightly loaded pizzas, after all, cheese is king in Buenos Aires pies. 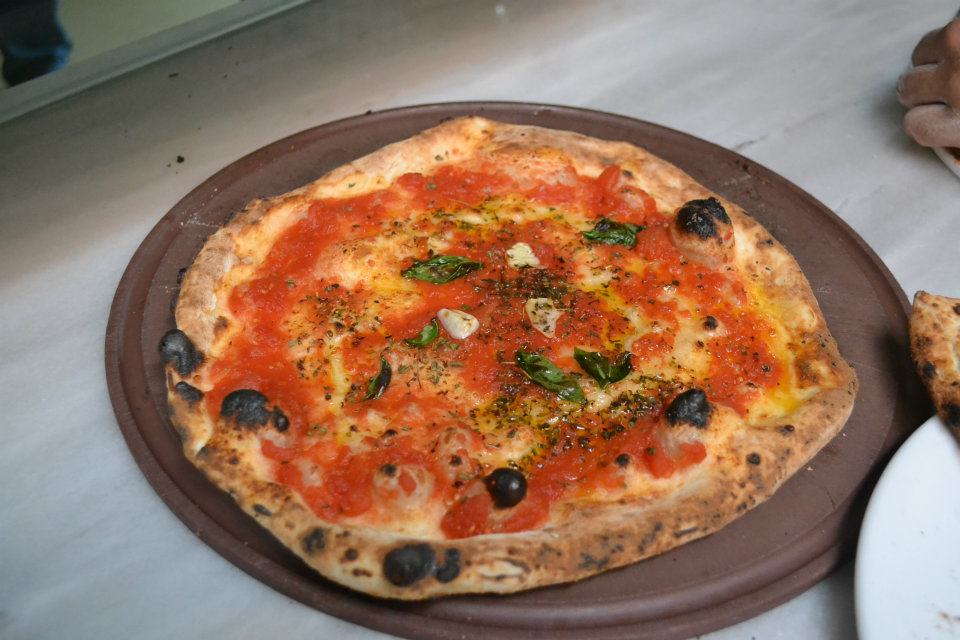 Today, people line up at 8pm and tables get flipped every night of the week until well past midnight. The dining room is a loud mess of people but in spite of the chaos there is a sing song rhythm. Did I mention that the burrata comes enveloped in prosciutto? Order that first. Soft strips of cured ham break apart and add just the right touch of salt and fat to the wet ball of burrata. You can stay on the cheese train with the equally scrumptious provolone wrapped in prosciutto, a slightly heartier ham-dairy overload. There are also fragrant basil leaves and perky red tomatoes topped with a gooey mozzarella fior de latte with the house caprese.

Guests should calculate roughly one pizza per person. Four seasonal specials rotate in and out of the menu. On my last visit, I liked the simple pamplona, a pizza margherita topped with deep red rounds of salame. The asparagi with pomodoro sauce, ricotta and mild and crunchy asparagus was a close second—get it before asparagus falls out of season this month. On the regular menu, I lean towards the margherita con salsiccia, a richly sauced pie topped with spicy chorizo or the champignon e proscuitto cotto, soft earthy mushrooms with thick slices of ham and salty goat feta. Doughs are thin but meaty—they are fermented slowly and have a lovely slightly sour flavor. 90 seconds in a hot wood burning oven creates a beautiful pillowy crust that bubbles up and burns just enough to add a nice charred flavor.

There is beer on tap by Siete Colores but take a look around and notice that nearly everyone is drinking wine. I go for a smooth pinot—the aforementioned Zorzal is fermented in cement crates which lets the deep red fruit flavor shine through. The Mano Negras, a small winery from Neuquen, is another good choice. For dessert, don’t think twice about ordering a creamy panna cotta, it has a sweet vanilla flavor that is blissful enough, like everything here, to cancel out the buzz of the room.