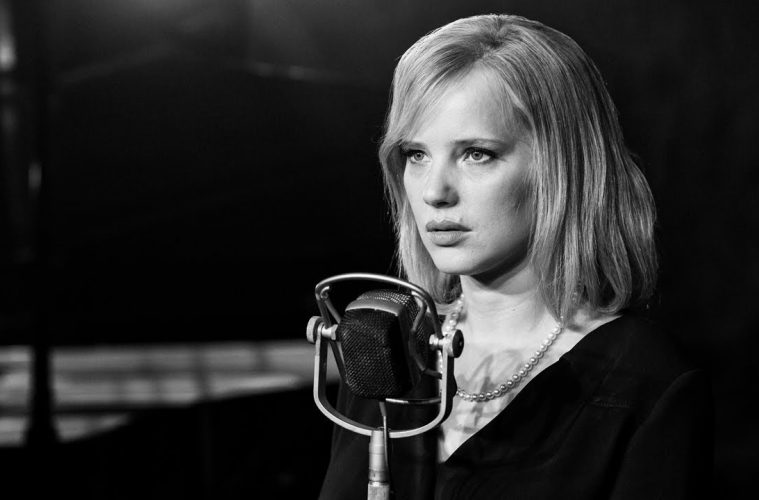 Off the Marquee | Film Picks for November 2018

Hey! It’s that time again. That time at the start of each month when we try to show you something new. Something exciting. Something beautiful. Something that will illuminate the human experience. Something that will make the effort to dig through the detritus of our cruddy condition and find morsels of wonder and insight. Or, y’know, just something that’ll entertain us and make our butts numb for a couple hours to distract from the fact that everything is going to hell. Here are a few smaller-scale, slightly obscure movies you can watch this month in the city of Buenos Aires.

It’s not every day you get to watch a black-and-white Hungarian film set in the 1940s, but don’t you wish you did? This elegant post-war drama by director Ferenc Török has been accumulating accolades for the last year, and has finally made it to the Buenos Aires big-screen. The film tells a loose story of a small, rural community that is suddenly rocked by the arrival of two Orthodox Jews on the wedding day of the town’s clerk’s son. This is a true ensemble piece, as its narrative approach is scattered by design, exploring the collective guilt and shame of this community in the aftermath of a devastating war.

Director Benjamin Naishta returns with a film that is easily his most accessible and crowd-pleasing yet. Of course, we’re talking about a movie that involves scenes of grisly violence and an extended silent sequence where a solar eclipse causes everything to turn red, serving as an allegorical expression of the lead character’s dread and anxiety — but pretty accessible nonetheless! A period piece set in the 1970s, with a very strong political tint, ROJO introduces us to a small-town lawyer who somehow becomes involved in the disappearance of a young political dissident. It’s a poignant film with moments of great comedic value, and though certain parts of it will likely be controversial, it is more than worth watching.

As it turns out, this is a very good month for elegantly-shot wartime (or wartime-adjacent) black-and-white dramas. This Polish film by director Paweł Pawlikowski plants us in a world of political tension, passion, intrigue, and music, as two star-crossed lovers find themselves disturbing each other’s plans in the midst of a politically turbulent time in Europe. An exhilarating movie that recalls classic Hollywood in its scope and execution, Cold War is thrilling in all the best ways, and legitimately one of my favorite movies of the year. Don’t miss it.

A young couple acting as drug mules find themselves in deep trouble when things don’t go quite as planned, causing our protagonist Martina to turn to her estranged father for help. Sangre Blanca is one of those nightmarish, anxiety-inducing, everything-goes-wrong cautionary tales about drug smuggling… that is actually not really about drug-smuggling at all. Yes, that is the narrative framework and what the “hook” of the movie is. But what this breathless drama is actually about is the relationship between a father and a daughter, as they come to terms with not only each other but their own stations in life. Oh, and cocaine! It’s also about cocaine.

Speaking of anxiety-inducing! Lucía is a single mother working a menial job and doing the best she can to raise her little son Mateo. Although her life hasn’t quite turned out the way she hoped and raising Mateo on her own is a daily struggle, Lucía is confident that she will be able to take on whatever challenges life throws their way, such as her mercurial relationship with her own mother. However, it all spirals out of control one day when Lucía receives a phone call from Mateo’s school, letting her know that her son has been injured. When she leaves work to pick him up, he is nowhere to be found. Director Arturo Castro Godoy does a brilliant job of conveying the inherent despair in the story, while allowing us to connect with Lucía and following her through this hellish day.

This is the third wartime movie in this list, but this one has a little bit of an experimental twist. A story about Holocaust survivors making their way to the United States in…  present day? What? That’s right: Transit just straight-up shifts history up a few decades, as the film takes place in a recognizable “present day” where World War II just happened. Sure, it may be a bit disconcerting at first, but it only takes a few minutes to acclimate to the anachronistic conceit in Christian Petzold’s deeply moving melodrama Transit, which takes a decidedly off-kilter (yet not any less moving) approach to a well-trodden subject matter.

Look, we understand that a huge majority of the films in this list have been harrowing dramas. We get it. It’s a lot. So let’s wrap up with this delightful little indie comedy courtesy of director Tomás Sánchez. An elderly piano player finds herself with a new lease on life after a heart transplant, so she decides to put together a plan to bring her children together; this, of course, despite the fact that there are deep-seated resentments between the siblings. A stab at the classic dysfunctional-family subgenre that mixes elements of slapstick and screwball comedy with genuine emotion.