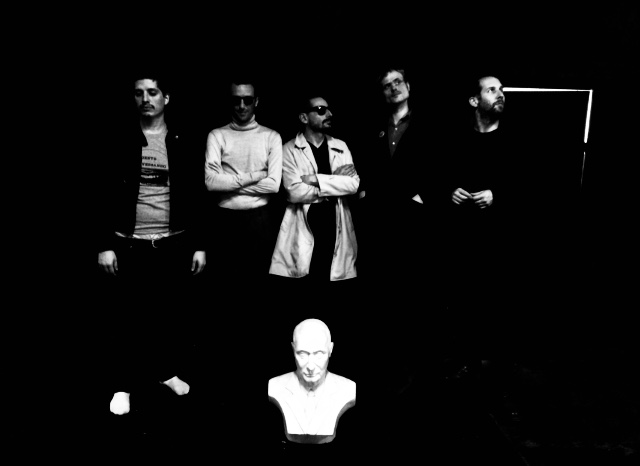 Forgive the pun, but people talk about Gente Conversando. Finally overcome by curiosity earlier this year, I started with their live album “Roseti en Vivo”

The album starts up innocently enough. A few haunting key arrangements, the drums kick in, and then a few female vocalists begin chanting:

“Hitler is good, Ghandi is bad.”

The keys become frenzied and warped, the chanting picks up fervor, and then the whole thing falls apart. Frontman Guillermo Masse becomes audible, thanking the girls (of musical group Dúo Cocaína), as well as the crowd, before launching into “Drama Intrafamiliar” — a song that is not so much sung as it is yelped, a demon that Masse must pull out of his throat before it overcomes him entirely.

I don’t know what this tells you about me, but I was already sold. And as the live album continued, I was struck by a deep sense of loss — why wasn’t I at this show? I needn’t have worried. A few months later at La Tangente, my guitarist and I were left laughing out of pure exhilaration at their live performance, and my suspicions were confirmed: Roseti was not a fluke,  a carefully rehearsed one-off. Gente Conversando creates magic on stage every night they play.

This is a band who knows what they want to do, with a bombastic certainty that is instantly magnetic. Masse’s voice is tenacious and taut with rigid purpose, driving every song home, and the band never overplays — giving exactly the necessary support to propel each song forward. There are a couple of easy reference points I could give you: Talking Heads, Clap Your Hands Say Yeah, Ween, Destroyer, but they would all be doing the band a disservice: Gente Conversando are themselves — as you will see in the interview below — and that is more than enough. 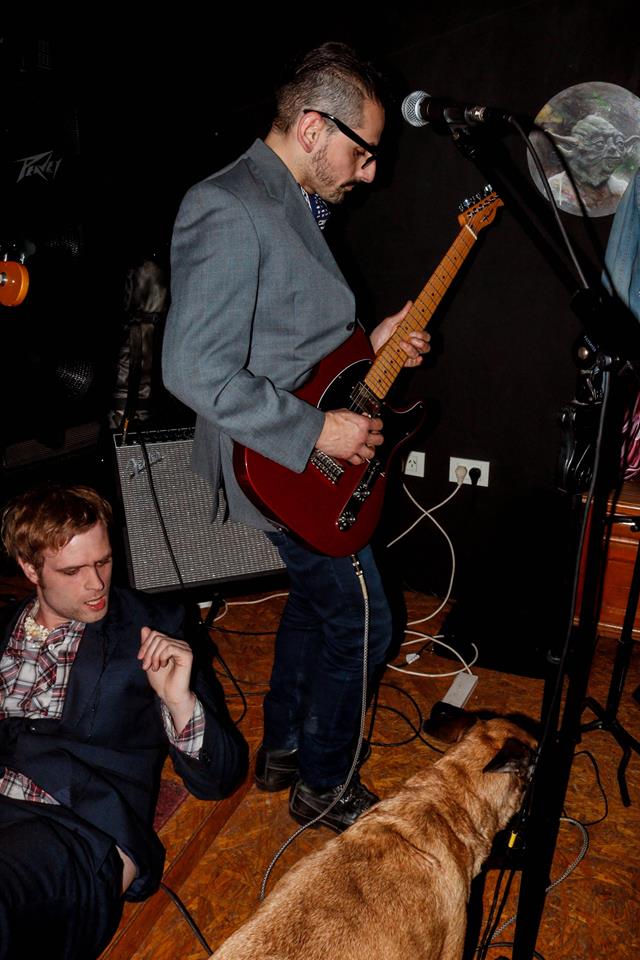 Tell me a bit about how the band started – where/how did you meet each other, and how did the project begin?

Detective Juan, our guitarist, always wanted to form a band. Back then he was a security guard at an orphanage. Some of us were orphans living there, except for Sucari, who could get cigarettes and got out whenever he wanted. The streets were hard on him, so he was always coming back to the orphanage. Then Detective Juan blackmailed us into rehearsing his songs. If we refused, he’d take away our privileges (writing wishes, dreaming out loud). It was that or fasting. He bought the first instruments after selling his Renault 12. Gente Conversando is basically the product of a huge Stockholm syndrome case.

Where did the name “Gente Conversando” come from?

It was either Detective Juan and the Orphans from the Orphanage, or Gente Conversando. We chose the latter because it was the less indie-sounding option.

Confusion, confusion, and confusion. Then a fight, and finally the song.

You guys are one of my favorite bands to see live in  Buenos Aires – the energy is incredible, you all sound tight musically, and I love the “dress code.” Can you tell me a bit more about your approach to playing live?

Thanks for your kind words, that makes us really happy. Gente Conversando doesn’t want to be just a band. We’re also supported by a group of people that helps us a great deal. Daniela Pérez Mítolo is our dresser – we love her because she also brings us sanguchitos. Leah Beo is in charge of the awesome visuals, and Sasso records with his camera. Without them, we’d feel defeated. Apart from that, on days before the show we go on a strict vithel tonné-based diet until the day of the show, on which we only have fun. 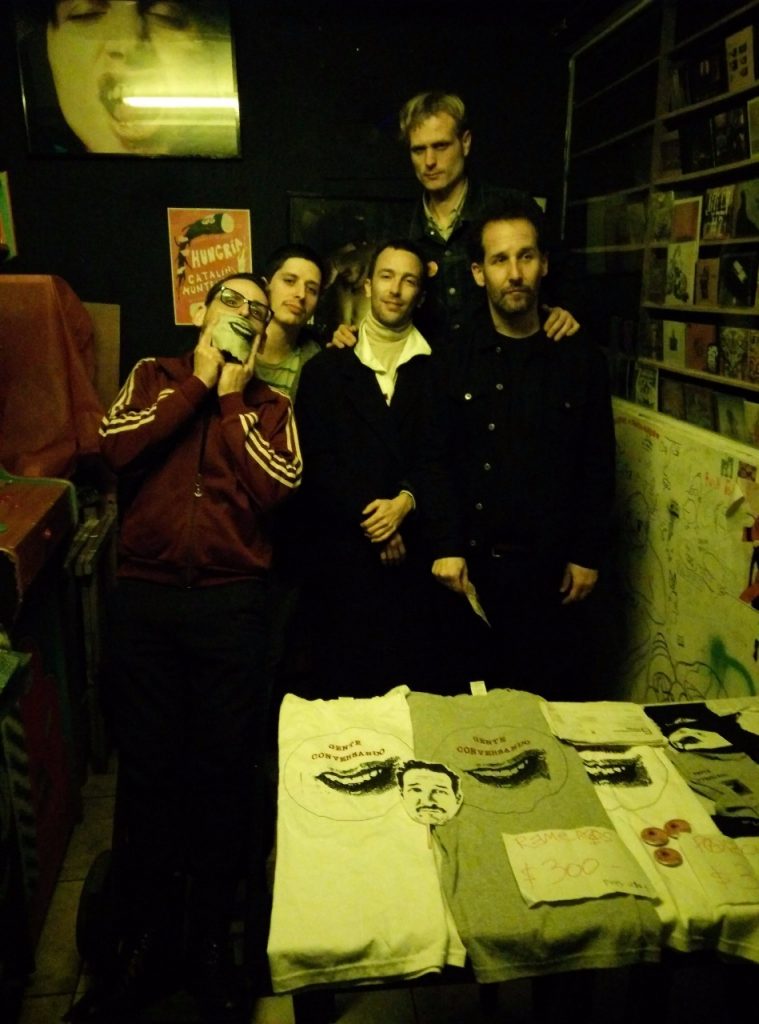 A big part of that incredible live show is Guille’s talent as a frontman – it is a markedly theatrical performance. Do you have a theatre background? What is going through your head when you perform live?

Masse has had very traumatic experiences. As a child, he fell into a pot full of hesperidin, back when he was touring with the circus of the Podesta Brothers. None of his stage chops have anything to do with wanting to look like Alice Cooper, Alan Vega, or even Klaus Nomi, who had the privilege of giving him the ACE award to best frontman, winning over James Chance in the same category.

Between the energy of the live performances and the range of influences – I can’t help but be reminded of Talking Heads – is the similarity in band names just a coincidence?

That’s just a coincidence of the subconscious.

Speaking of live performances – what makes a great live show?

Just because we’re super sensitive and self-managed, it doesn’t mean that we’re gonna lose touch with show business. We’ll never give in to the pale solemnity.

Right. Who are your biggest influences?

The poets from the Hacienda, CBGB, and San Juan y Boedo.

What outside of music inspires you to write songs?

Everything that’s left unfinished, the inexorable, food, B movies, and little doggies.

What bands in the local scene do you find most intriguing? 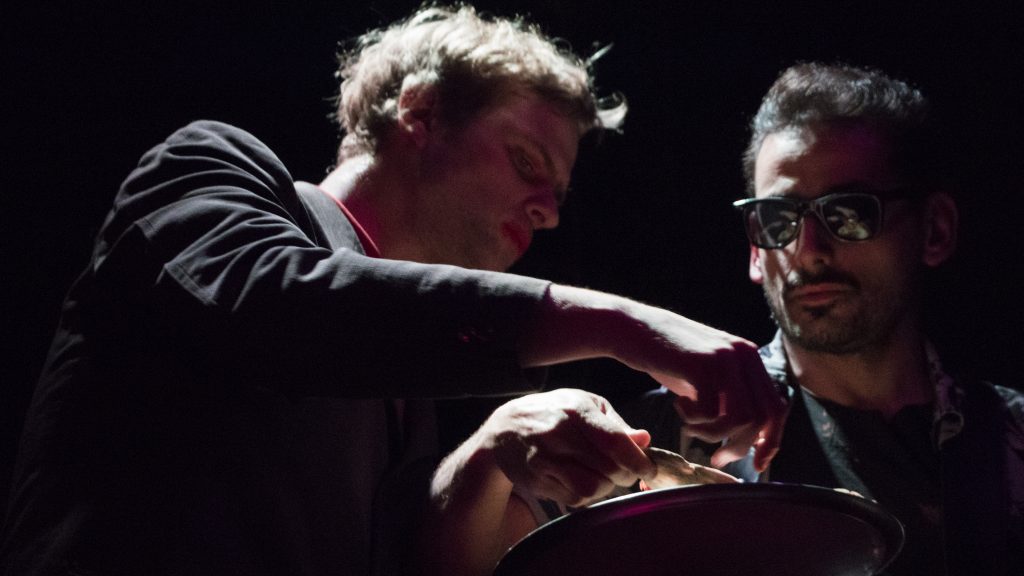 What do you want to accomplish with your music?

We want to take our message to every home.

Gente Conversando will be playing tomorrow, November 3rd at Rincón Casa Cultural, along with Ex-Colorado, Juvenilia, and Boedo.