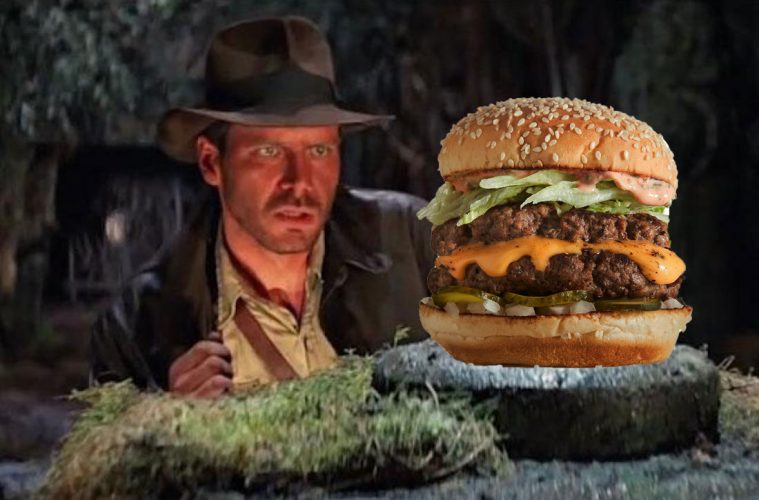 Calm the F*** Down, Hamburgerman

It was a warm summer night in 2013 the first time that I stood in a line of thirty people to order a Mexican Burger. A cheeseburger with jalapenos wasn’t the anomaly—the cheeseburger was. The city had finally woken up and realized that yes, hamburgers are fucking delicious, and yes, it is definitely okay to take some of the world’s best beef, grind it up and sear it on a fry-top.

When Burger Joint opened its grungy doors just off of Plaza Serrano, I don´t think they ever imagined the hellfire they were releasing unto the city. What started as a small bump in a growing food scene has turned into full-blown cancer that has grabbed on to the city by the bits and is crippling the growth of a diverse and legit casual food scene. In five years we went from ZERO cheeseburgers to the cheeseburger being the only thing that can be paired with beer, apparently. This is some Raider´s of the Lost Ark shit people and the boulder is barreling straight at you. Drop the golden cheeseburger and run!

First came all the BJ copy-cats. Who can put the wildest toppings on a burger? Newsflash: arugula and blue cheese isn’t a cute burger topping. It’s a fucking summer salad, Mechi. Then came the renaissance: smash burgers done up with mostly classic North American-style toppings. Now we are greeted with a few hundred social media influencers, both real and imagined, dedicated completely and fanatically to cheeseburgers. There’s a book about the 101 burgers you have to eat in Buenos Aires before you die. ONE HUNDRED AND FUCKING ONE. Mauro Colagreco, the only Argentine cook with two Michelin stars to his name, has just one food venture in Buenos Aires. Guess what: crappy cheeseburgers.

I will admit that I have contributed my small part. Back in 2014, I had a small (long abandoned) blog about the city’s new love for burgers. I briefly served them at my closed door around the same time. I wrote an article about the burger craze for Munchies back in 2016. I woke up at 7am to truck it to San Isidro for an In-N-Out pop-up and didn’t tell anyone about it because I was scared they might sell out. Side story: I was the first one. I was the only one for the first hour. It was run by Taco Box and was, consequently, the worst cheeseburger I have ever eaten. AND JUST TO ADD A LITTLE MORE SPIT ON MY FACE, IT WAS SERVED WITH PAPAS LAY.

But now, I am ready for the plague. Let’s keep all the messiahs: La Birra (I love you, Dani), Burgertify, Dellepiane, Tierra de Nadie, Fat Broder you can all stay. Hell: you should all franchise. Everyone else: all you basic asses with your over-sized, over-cooked patty, shit bread making dambo slinging burger douches. All you meathead boludos with your picada especial who don’t even know what cuts of meat you use. And you, the garbage person that cooks 20 burgers side-by-side IN THE OVEN with a goddamn meatball recipe: kindly and respectfully, stop.  Beer at a bar and a patty and French fries are not mutually exclusive.

Seriously, let’s step up our game. Buenos Aires isn’t a diverse food city—but it can be. And it only will be if we get out of this dumb food trend and demand something better. Support the casual spots that are already ahead of the curve. Go to Strange Brewing and have the best grilled cheese and osobuco sandwich of your life. Hit up Chin Chin and get a fish curry with your IPA. Go to AZIT and enjoy some Korean-style fried chicken and cheap beer. Go to Kyopo and order the cheesy noodles with kimchi and bacon. Get a killer ojo de bife and pork wontons at Menenga. Hell, trade in your beer for a good glass of wine at Anafe or LUPA or Lardo & Rosemary.

And then take a walk around the city. Go to Liniers, there are chilies, tropical fruits, odd legumes, spices and flours for days. Go to Once, support your local Peruvians. Go to Floresta and beg a Korean abuela to adopt you. Support the Venezuelans making crazy empanadas and arepas. Support the local cooks that have the courage not to put a cheeseburger on their menu.