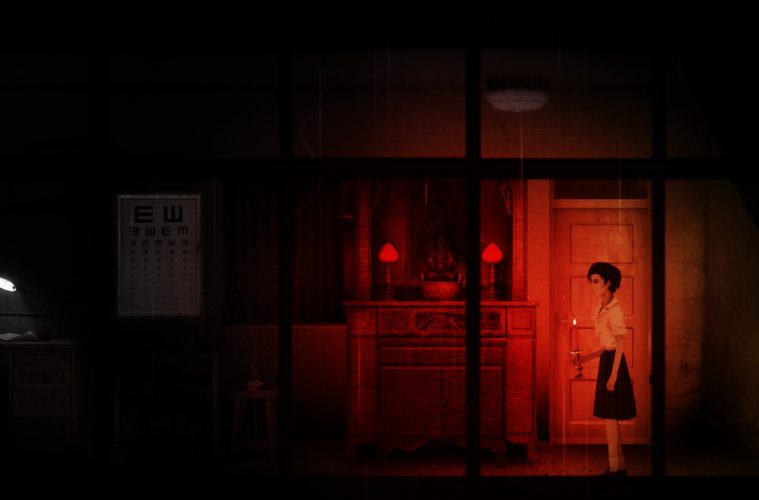 With Halloween looming, you may be looking for the right spooky activity to get reacquainted with your fears. Horror games are the perfect way to feel truly immersed in your favorite blood-stained bedroom or demon-infested dwelling. While there’s no shortage of games that claim they’ll scare you silly, it’s not easy to recognize which ones are worth the hype. Over the past week, I set out to find some of the most uniquely terrifying experiences in indie gaming.

The following is a short list of 3 excellent indie horror games that will be sending shivers down your spine in no time. [Friendly note: All games on this list are best enjoyed at night, in the dark, alone, with a full moon overhead and a weak mental disposition]

There’s always been something a little off at Freddy’s. What should be fond memories of pepperoni pizza, games of skee ball, and cheap toy prizes at your best friend’s birthday bash have always been a little haunted by that eerie animatronic bear….

Five Nights at Freddy’s has you working the graveyard shift at Freddy Fazbear’s Pizza, a fictional incarnation of the Chuck E. Cheese’s franchise. What should be an uneventful five-shift snoozefest in the security booth takes a turn for the worse when you notice that one of the four deactivated robot performers has suddenly gone missing. But wait, upon checking your camera feeds, you spot that familiar ursine grin.. staring straight at the camera.. in a different room now.. far closer to your location.

What happens next? Get ready to frantically track the gang of mechanical murder-bots while managing your power resources. Keep them at bay for the entire shift or suffer the fatal consequences. You won’t last long if you don’t think on your feet and make smart decisions.

The game’s concise controls and simple mechanics make it easy to pick up and play, even for beginners. But don’t be fooled by the simplicity of its gameplay – this is not a game you will beat on the first try. You will die. A lot. But you will love every terrifying second of it! If jump scares are your jam, then Five Nights at Freddy’s will be a welcome addition to your All Hallows Eve festivities.

Available for PC only.

If you think scare jump scares are punching below the belt, then you’ll find a refreshingly horrifying experience in Detention. This psychological spookfest tells the story of a high school girl in 1960’s Taiwan, during the period of martial law referred to as the White Terror.

Awoken by a classmate in the dark and empty auditorium of your school, you soon find that you’re cut off from the outside world. You begin to explore your surroundings, which quickly turn hellish as you delve deep into your protagonist’s shattered psyche.

Detention sends you on a rollercoaster of themes that will leave you deeply disturbed. Colored with cultural and religious references explained through short notes and snippets of files found throughout, the game becomes a window into that time and place. While you slowly discover your character’s past, you come to terms with some of the destructive effects that ideological oppression has on everyday life.

From the uncanny movements of the almost-human monsters looming at the edge of the screen to the glitchy dissonance of the soundtrack, this game is dripping in atmosphere. Almost every frame of the approximately 4-hour journey is visually chilling, and transitions from scene to surreal scene will distort your mind. The tension can be unrelenting – so much so that reading the cheeky “You feel blessed” message received upon reaching a save point feels like the most safe and comforting moment you’ve had in a long time.

On top of all of this, the in-game puzzle mechanics are innovative and enjoyable. It’s a point-and-click style game with just a few basic controls, so it’s accessible to anyone feeling brave enough to stomach the story ahead. Despite a few small quibbles regarding some unnecessary backtracking to progress through the game, Detention hits so many right notes and then some. It’s an absolute must-play for lovers of the horror genre.

Available for Mac and PC.

Do you like synth-heavy soundtracks from the 80’s? Do you enjoy experiencing an overwhelming sense of dread and impending doom? Do you like typing on that keyboard of yours!? If you said YES to all three questions, then this is the game for you!

An experimental indie game inspired by old school text-based adventures, Stories Untold tells a series of four twisted tales. Planted in front of a series of screens, you are lead through different scenarios that feel a lot like scary campfire stories on steroids – ones where you come out on the other side feeling like you’ve (safely) lived through a traumatic experience.

Each chapter is an adventure in its own right, but it won’t be easy to put down the mouse between episodes. The game’s unexpected recipe for storytelling, that uses a combination of text narrative, subtle visual cues, puzzle-solving, and appropriately spooky audios, make it a peculiarly spellbinding experience. Plus, if you complete the whole game you have the potential to unravel the bonus: uncovering the mysterious common thread running through all four scenes.

What really makes this game shine is how the mechanics weave seamlessly into the story, making it an impressive example of how interactivity in storytelling can genuinely elevate your sense of immersion. There’s a certain feeling of bewilderment when you realize you’ve been conned into not only having the attitude of your frightened avatar, but also into exhibiting similar behaviors…

The text-based controls can be minorly frustrating for those who are unfamiliar with the genre, but things run smoothly after you get the hang of typing commands and using contextual clues to progress. Oh, and don’t feel embarrassed if you have a few moments where you feel the need to check that there isn’t a dark figure standing over your chair. This game will do that to ya’.

Available for Mac and PC.