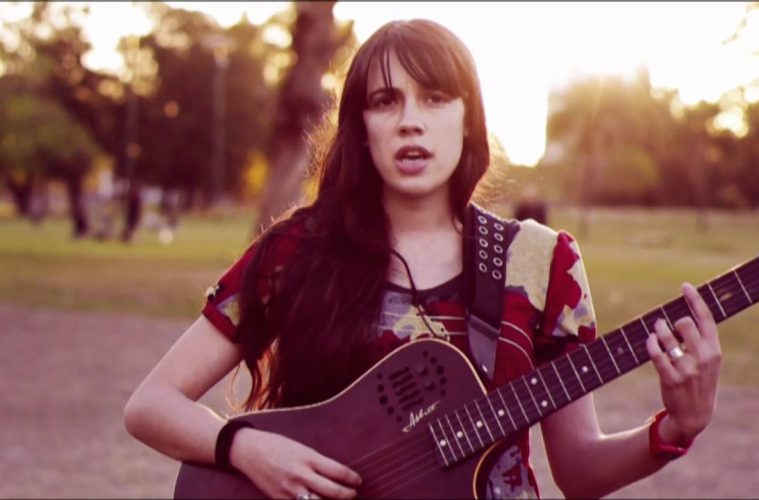 Ahoy there! We, the motley crew of La La Lista, under the navigational leadership of our captain Evy (who is getting eye surgery today and will be sporting an eye patch), are (read: arrgggh!) pleased to present to you, landlubbing reader, the booty we’ve dug up from the depths of the Buenos Aires music scene – i.e., the AWESOME LIVE MUSIC options for this week that are sure to shiver even the  non-shiveriest of timbers, to blow even the non-blowiest of men down, to…well, you get the idear. So, don’t be a scallywag – drop anchor with us for a moment and have a look at all the great shows that made it onto Ye Olde Lista this week.

Another zinger of a show at our beloved Espacio Cultural Mi Casa, brought to you by  Shelter Estudio Rehearsal Space and Dellamore. If you’re not prepared to move your body, I suggest you sit this one out, because once Excursionistas start playing, I guarantee that you won’t be able to resist the urge to dance. Joining Excursionistas on the bill will be Ectoplasma, delivering a continuous set of ambient music paired with psychedelic visuals and perhaps a smidgen of hypnosis; solo artist Lou Baumann; electronic folk experiment Palusunsystem; Carmín Pastel, on tour from San Juan; and the illustrious singer-songwriter Penny Peligro. The event will also feature a books, music, and vegan food fair, with merchandise on display from Inerme Discos y Libros and PASTO Serigráfica and food by Green Pastry

Ring in Scorpio season by coming out to see Scorpio-fronted pop group Silvva at the Confitería this Thursday. They’ll be joined by Abstracta (so abstracta that they have eluded my social media search!), Clima Crema, and electronic pop group Puesto de Flores.

The Maldito Acople Records record label of Avellaneda is landing in Capital this weekend for the first time ever, and presenting four out-of-this-world bands: Las Mentiras Amigos, who channel their energies into frequencies and let them out through noise; Paul Está Muerto, whose music draws influence from the likes of El Altillo  and inspired by landscapes, lived experiences, and emotions; Terrores Nocturnos, who are currently presenting their debut album, El Funeral de los Monos; and Los Culos, who play punk music “out the wazoo.”

If you’re really excited about Scorpio season, and seeing Silvva on Thursday night wasn’t enough for you, you can also come out to Escorpio Lpm Rock on Friday night for a FREE show featuring experimental prog/art rock group  Los Pájaros Mutantes, Venero Meconio, Astrón (a band of friends who often lock themselves in a room together and transform it into a space-time warp) , and Caramelo Cartón (“fusion music”).

Come take a stroll down psychedelic lane this Friday at Espacio Cultural Mi Casa, where dream-rock duo Riel returns with another rendition of their latest EP, Paseo Psicodélico. For this occasion, Riel has chosen to invite two of their favorite local bands: post-rock group Puerto Austral, whose latest album 51°31’47″S 58°07’44″W (coordinates of a place in Port Louis, on the Falkland Islands) pays homage to the plants, animals, water, and wind of Argentina; and Super 1 Mundial, who will be playing their radioactive synths to ring in the apocalypse. The trippy music will be accompanied by trippy visual delights provided by MINSK visuales.

Bestia Bebé, a four-piece indie rock band that formed in Boedo in 2011 and is still going, will be playing this show in their hometown as part of  La Gira Destructiva (the destructive tour). Bestia Bebé will be accompanied by the grunge trio Un día cualquiera and indie pop group from Liniers, Las Armas del Tiempo. Here is a link to buy tickets online.

Zorro Blanco, a Villa Maria-based production company, is making their debut in Buenos Aires. The new project hopes to be a source of support for musicians and artists in Buenos Aires by organizing and festivals and events, booking local and international artists, and producing audiovisual content including music videos and live sessions. This event will feature performances by SAINT-ANDREU and de Menta, a powerful combination of two musical armies; Cisne Elocuente, a quartet that fuses together various styles of music including progressive rock, jazz, and pop; and Solo Juan, the solo project of Juanchi Manuel Casas, which utilizes looping and effects with guitar and voice.

Pop rock group Las Edades, who has brought this show together, would like us to remember that in unity there is strength. At this show you can witness the uniting musical minds ,as the songs of Las Edades’ most recent album, Pozo Divino, come together with those of pop singer-songwriter Mariana Michi, who will bring along her latest project, Cayó el Valiente.

Record labels Compañía Discográfica Cosmodemónica and Casa del Puente Discos have come together to bring you a little bit of love in these times of struggle. On Saturday evening, Justo Antes de la Guerra con los Esquimales will present their recently-released self-titled LP, which they have finally released after two long years of not releasing new material. For this special occasion they have invited Niños Del Parque to share the bill with them. You can get your tickets online at this link.

Pop singer-songwriter Laura Farías and her Mentalistas (the other half of a duo that produces and performs her songs) will perform at the Centro Cultural Morán, located in the Porteño neighborhood of Agronomía. Farías has constructed her creative universe through the influence of pop music, new wave, electronic, and post-rock. Her lyrics explore her own world of lived experiences, and attempt to deconstruct an existence in which nature, astrology, and urban tension cohabitate. Her first single, “Amor Rosado,” as well as the rest of her songs, have been very well-received by the public, and now she is hoping to attract new listeners.