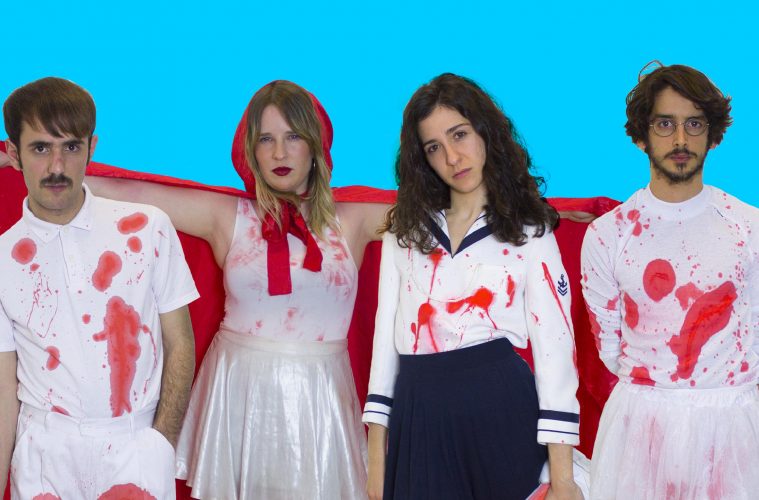 The talented and multifaceted singer-songwriter Valeria Cini is presenting her latest LP ‘Buen gusto y malas costumbres’, along with lo-fi folk artist María Pien, who is also celebrating the release of her new album ‘Afuera el sol estalla’. Joining them will be Mendoza’s very own Mariana Päraway.

As repulsive as it may sound, Mermelada de Morcilla is anything but – the four-piece cleverly combines sweet jams with a healthy dose of sarcasm to great results. This Thursday, you have a chance to catch them live in all their greatness at a cool music venue like La Tangente. Opening duties will be handled by indie rock band Folie.

Comprised by two different generations of musicians with the most diverse influences, ranging from 90s alternative to prog rock, Cadete Lunar are a promising indie band and they’re playing their first show ever at Multiespacio Korova this Thursday.

The never-predictable, always-eclectic Juana Molina will be taking over Niceto’s stage for a set of deliciously weird songs. She’ll be playing songs from throughout her career, but mostly focusing on her latest LP, the spooktastic ‘Halo’.

Seasoned power pop vets Valle de Muñecas are celebrating their 15 years of trajectory with a live show at the elegant Sala Caras & Caretas. Joining the celebration will be singer-songwriter Flopa Lestani and her band.

Chaco For Ever presents a killer lineup with three bands that are living proof that the indie scene outside of Buenos Aires is alive and kicking, now more than ever. Dancy indie outfit Libelulas, instrumental four-piece Las Voces, and psychedelic rockers Lenoise, the three of them hailing from Resistencia, Chaco, will be performing live at Podestá Bar.

Ciclo 2001 is having its first edition with three up-and-coming bands in the Buenos Aires indie scene. Synth rock band Kaiser Cholo, jazz fusion ensemble La Bandita, and dream pop wunderkind Francisco Villa will be doing what they do best up on the stage of La Tangente.

Argentine netlabel Sólo le Pido a Dior turns 5 and you’re invited to the party. The celebration will start with glitch pop performance artist Fede Leites, followed by electro pop duo Matilda, and last but not least, the baroque pop trio Hiroshimadandys, who will be presenting their latest LP, ‘De la esperanza a la tragedia’.

Psychedelic rockers El Festival de los Viajes, folklore revivalists Sombrero, and space rock band Ayermaniana are taking you on a trip for the 11th edition of Paranoid, after which you can safely land on the dance floor for a 100% vinyl DJ set.

Post-punk band Pyramides, instrumental four-piece Las Voces, and new wave outfit Juvenilia have a couple of things in common: for starters, they all wear their influences on their sleeves, and they’re great at taking old sounds and making them sound fresh and relevant. This Sunday, the three of them are playing at Espacio Cultural Mi Casa in what just might be what you need to get through your post-feriado Sunday blues