Take One: Although typically we’d like to give a spot a few tries before writing our review, budgets are tight (hi, Macrisis!) and we don’t ask for freebies. ‘Take One’ will highlight the dishes that left our resident food writer, Kevin Vaughn, wanting seconds.

If you have spent any time seeking out an Asian craving in Buenos Aires, sooner or later you’re going to find yourself walking up an anonymous flight of stairs in Once to eat okonomiyaki or inside a humid living room in Floresta chasing spicy bossam with naengmyeon or feasting on sticky eel and steamed dumplings above a Chinese grocery store. You likely have slipped so far down the gordo google search that you don’t even remember how you arrived or what you wanted to eat in the first place. But that’s the rule of thumb, the more anonymous it is, the better the chances that you are in for a real Chinese, Japanese or Korean experience sans the cream cheese and tired stir-fries.

There were whispers of a Japanese bar carved out of an old dry cleaner that have been fluttering around for the last few weeks. The details were hazy—somewhere in the core of Villa Crespo, an all Japanese cooking staff and bar seating for less than a dozen patrons. First come, first served. Zero social media presence. No phone number.

With a lot of luck you’ll actually find Tintoreria Yafuso—although I don’t imagine the secret will last very long. On our Tuesday night visit, seats were filled by 8:30 and the waiting list was being filled by patient neighbors. 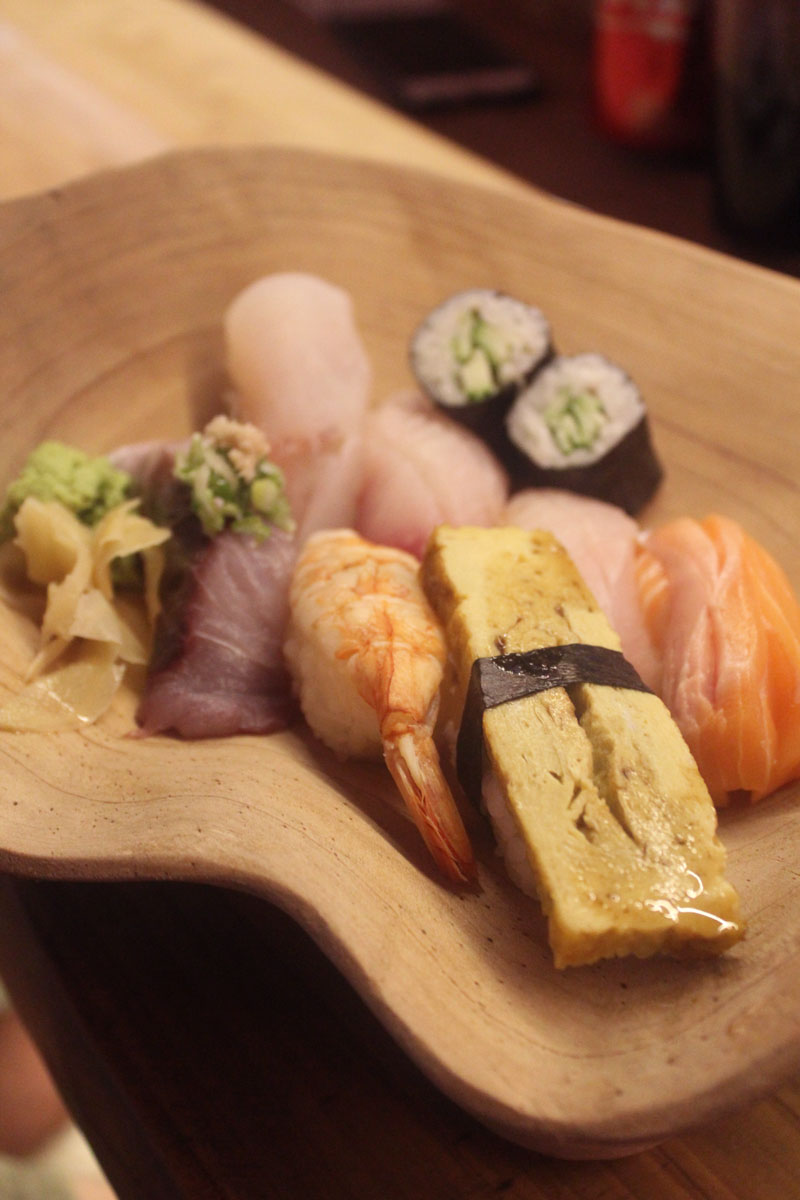 Seasoned sushi man and chef Fabián Yafuso asked his parents to take over the family dry cleaning business to open a small counter. The old steam press still sits in the corner. Wooden hangers are strung from the ceiling like origami cranes. The counter is built to give view of the open kitchen, a humble little charcoal grill and a burner large enough to house an over-sized cast iron for frying tempura. Fábian mostly mans the sushi station, slicing skin off of long strips of mullet and sole and ducking underneath the counter to quietly sneak bites of sashimi.

The menu—scribbled by hand on plain computer paper—is divided into grilled, tempura and raw fish. To start, robata, a hefty ration of squid, baby octopus and cuttlefish that are tossed on a low lying grill until the smoke leaves a heavy coat over every last tentacle. It is enjoyed with a simple squirt of lemon. The sushi moriawase, which is actually nigiri, pulls from a small selection of the day’s freshest catches: sole, salmon, mullet and shrimp. The sole and mullet were particularly delectable but that’s as far as it went; I could have done with out the shrimp altogether and the sweet tamagoyaki, although generous, and the palate cleansing cucumber roll felt like fillers. At nearly 50 pesos a slice, my socks didn’t fly off my feet. To finish, steaks of anchovy are lightly flavored with a salty marinate—there are sweet and sour shioyaki and teriyaki options as well—that breaks apart with a prick of the chop stick and is nicely contrasted with crunchy cabbage and a hot soup. 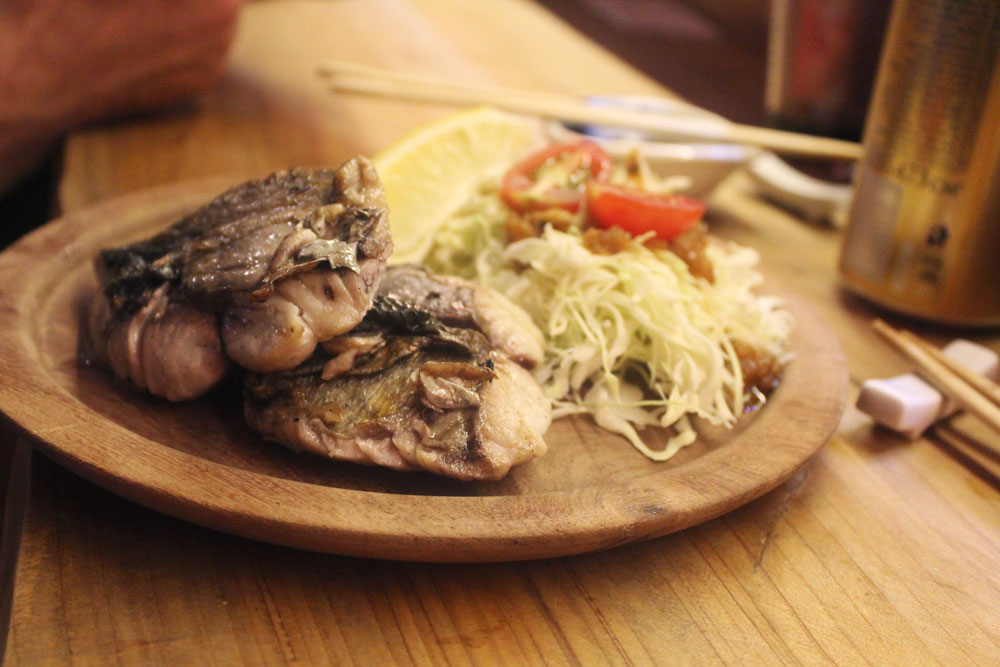 As we scooped up the last of the anchovy, a whole fried red mullet went to our left and tempura shrimp tails popping over the edges of a bowl to our right, I’ll check back after a few more visits.