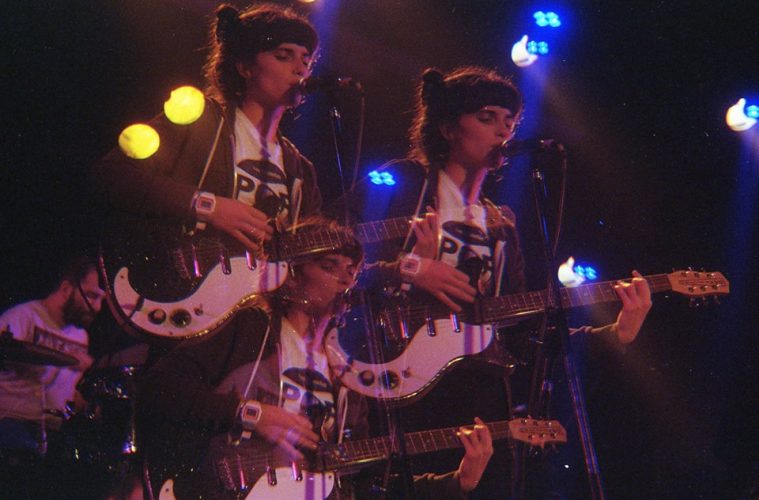 Hark! For the void is upon us, and the void demands live shows. Its gaping maw black and deep as the infinite abyss, slobber streaming out of its jagged corners. It laughs with the hoarse crackle of Beelzebub. Its eyes fall on you like a searchlight, circling where you lost your way. It sees you. It knows you. It knows what you’ve done. And it won’t let you forget that which you so desperately tried to bury.

Uh, I mean, hey, welcome to La Lista! Below are some cool shows to enjoy this week, and be sure to check out the Spotify playlist featuring all these excellent bands.

The eightieth installment of the Frescura concert series brings us the fresh, laid-back songs of Brigada Barceló; the jazzy, progressive, experimental sounds of Melanie Williams & El Cabloide; the energetic stomp of Los Aullidos; and the electronic sounds of Alan Alaska.

This show at Zelaya brings us with the ever-so-singable wistfulness of Laptra Records’ Srta. trueno negro, with support from singer-songwriter Ana Menor.

The excellent post-punkers Pyramides, who could have been plucked straight out of early 80s Madchester, join forces with Viva Elástico to deliver a night of deliciously danceable anxiety.

You know what’s a really good combination? The energy of punk rock and the vast soundscapes of shoegaze. It’s like yeah I like a good pop melody, but also give me that sense of ethereal grandiosity, yanno? That’s why we love Medalla Milagrosa, and the fact that they’re playing this show with eclectic rockers La Noche Que Estuve A Punto De Morir and the wonderful Placard.

Mauro Valenti and Coghlan at Roseti

Singer-songwriter Mauro Valenti makes anachronistic, head-scratchy music, and we mean that in the best possible way. He is joining forces with fellow quirky character Coghlan for a night of delightful weirdness.

Espacio Cultural Mi Casa maintains its track record of hosting some of the more unique and interesting nights out for indie music in town. This new installment of the Conversación Nocturna series brings us the wonderful Ruidas (who are not on Spotify yet, but seriously, check out their bandcamp, they’re great), the irreverent peppiness of Gente conversando, and Qleaa.

The awesome De Rabona, who bring indie, desert-rock and autochthonous rhythms together, will be showcasing their new single “La Libertad.” They’re joined by Pretoria, who are showcasing their latest album Arbusto, and also the lovely Monotóno, who will be previewing songs from their upcoming studio work.

The twisty-bendy sound of power trio Los Pencales goes along great with the twinkly is-it-summer-yet wistfulness of De Incendios and the aggressive sounds of hardcore band Distancias.

If you’re more into electronic sounds, come see Iñaki Claisse & Tade Kop do a set at Levitar, along with the driving acid sounds of Elektor.

You know, singing about our petty struggles for fun and profit is nice and all, but sometimes it’s also good to get together for a good cause. That is exactly what the inaugural installment of La Fortaleza wants to do by bringing artists such as Fede Petro, Sebastian Cabello, Nichi, Diego Marchionatti, Facundo Galli, Nehuen Gavlin, Carolina Donati and Juan Demarco together for a night of lovely, folky melodies and actually doing some good.