Times are tough, and every peso counts. With this in mind, we take a break from our regularly scheduled programming of arts, music, and food coverage to give you this – our short list of practical, every-day businesses that make our lives better via the high quality and reasonable pricing of the services offered (even to the non-native Spanish speakers, and we know that we’re just begging to be ripped off).   From bike shops to plumbers to record stores, these are just a handful of local places worth supporting – because nobody needs another franchise on the block.

Imagine that your favorite grandparents and former professional cyclists (just go with it) opened a shop that always had your bike’s best interests at heart. This is Rodado’s Busato, who were recently featured in a mini-documentary at the recent BAFICI film festival, and for good reason – there is something instantly endearing about the little shop, from its racing memoriablilia to their utterly deniable expertise – they have brought my bike back from the dead multiple times. Expect fair pricing, excellent (if somewhat laid-back) service, and lots of good-natured ribbing from the curmudgeons in the back.

There comes a time in life when you can no longer walk past an upholstery place without writing down its address and phone number.  This time in your life will probably coincide with having a cat, who has long ignored your repeated yells while it dominates your sofa with its claws. This family business with 11 years of experience located at the Palermitano edge of Villa Crespo is the place to go to. There Fabián will make — for a reasonable price — your sofas, cushions, fiacas and the like look as good as if the damn cat hadn’t existed in the first place, Schrödinger style (until you inevitably give in to the feline’s whims, anyway).

Here’s the thing about plumbers in Buenos Aires — and we understand that this can apply to all major cities, but we are also certain that this applies especially to the forever-behind-schedule, never-not-chaotic mess of The City of Fury —  you never really know what you’re going to get. They tend to be late, they tend to be flaky, and they tend to come up with increasingly creative ways to get more money out of you. This is why I was all but hopeless when I sent out a call for recommendations when my water heater broke. But accredited plumber and gas expert Mauro Fernández is serious, punctual, and expedient, and single-handedly renewed my faith in plumbers who don’t stomp on goombas or wear brightly colored hats with their initials on them. 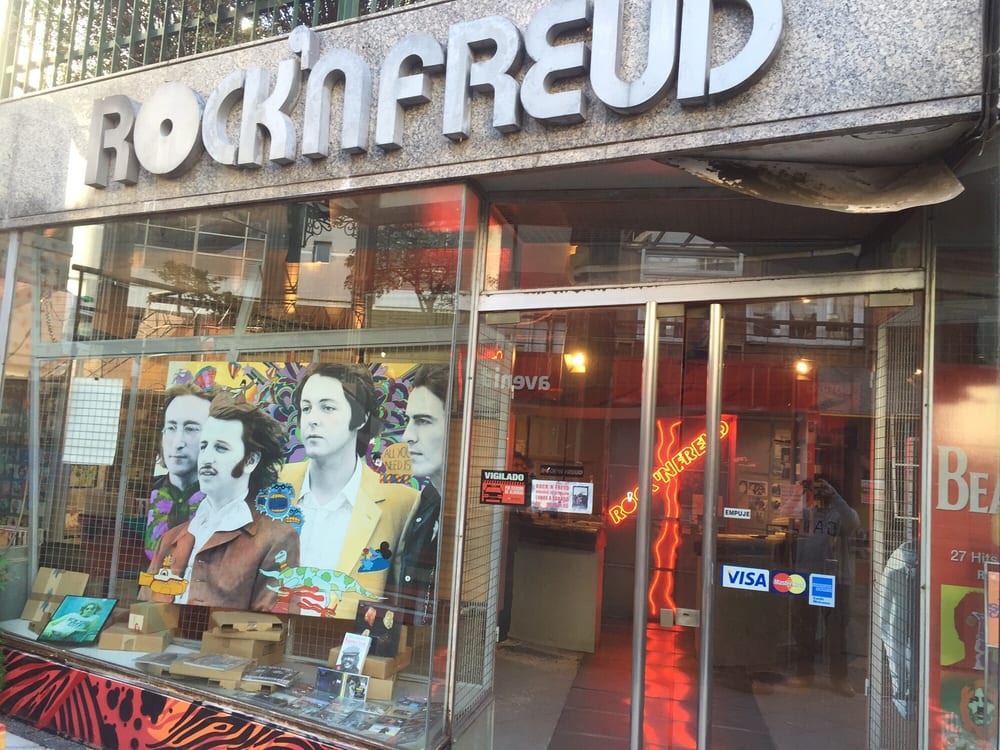 Record stores are a dying breed; record stores that aren’t part of a massive chain that also sells assorted home electronics even more so; and record stores where the staff actually cares about what they’re doing are rare as it gets. That’s why we take such comfort in the fact that venerable Palermo institution RockN’Freud — located in Paseo del Sol, right behind the Alto Palermo shopping mall– is still alive and kicking. It’s given us so many wonderful discoveries, both through browsing their enormous library of classics and oddities, and also through conversations with the clerks. They know their shit, and they’re happy to point you to an album that will satisfy whatever oddly-specific musical itch you have.

Sometimes your karaoke party gets out of control –  someone puts on a little Tech N9ne, and your landlord’s framed painting becomes a casualty of those sick dance moves. Marcos Alsina to the rescue! In our experience, we called the shop on a Monday afternoon, discussed the matter at hand with a man whose name is not Marcos (duh), told to bring it over for a free estimate, and had it ready just a little over a week later.  Frame repair so good, it’s almost as if Tech N9ne never even existed.