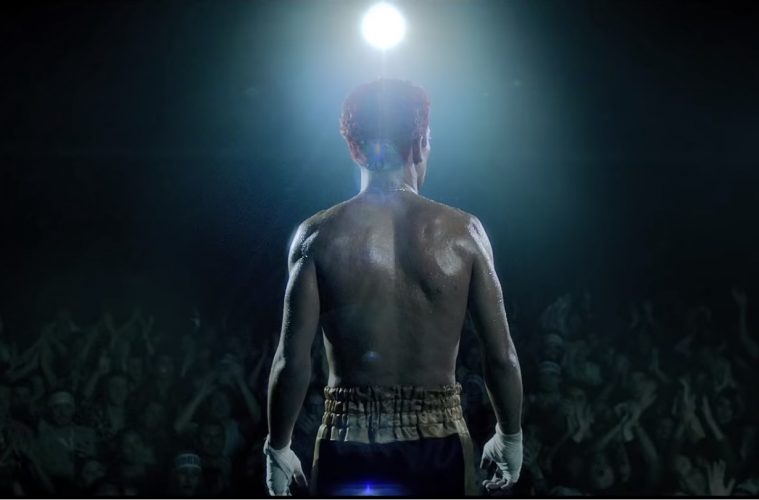 Off the Marquee | Film Picks for October 2018

Film is a vast, wide-reaching thing; from wacky screwball comedies to quiet, solemn dramas, the power of the medium to plunge us into worlds and perspectives so completely removed from our own experience is what makes it such an enduring art form. But increasing budgets and the ever-escalating pursuit of the bottom line has led to an unfortunate homogenization of the big screen, where big-banner movies are starting to look, sound and feel the same.

And while we would never fault anybody for indulging in Hollywood blockbusters (in fact, we recently had a La La Lista viewing of Shane Black’s execrable The Predator), we do believe it’s our responsibility to support smaller, more idiosyncratic fare as well. It’s the only way to keep the art form alive, vibrant, and diverse. Here are our picks for what to watch in the city of Buenos Aires this month.

Last year saw the release of films with the titles Logan, Logan Lucky, and Lucky. Out of those, only the first two received a wide release in Argentina; John Carrol Lynch’s sweet-hearted Lucky premiered at the Mar del Plata film festival, but it took a while for it to reach Buenos Aires screens. Lucky is a 90-year-old embittered atheist whose recent health scare sends him on a new path. A bittersweet film about mortality featuring a quirky cast of characters and a career highlight for the late, great Harry Dean Stanton.
Ticketing and showtime information

If you’re not aware of the life of María Soledad Rosas, you should probably look into it. A 23 year old Argentine activist who became an icon for the Italian anarchist movement, a trip to Italy bought to her as a gift from her parents resulted in her becoming involved in an anti-government group of squatters amid a turbulent time in Italy’s history. The debut film by writer-director Agustina Macri (yep, they’re related) captures this tragic story of youth, rebellion, and conviction.
Ticketing and showtime information

Director Álvaro Brechner brings us this unrelentingly tense, stylishly shot drama that captures Uruguay in the 1970s, in the midst of the military dictatorship. Nine prisoners — among them Pepe Mujica, who would later go on to become the President of Uruguay — are involved in a bizarre experiment where they are isolated for 12 years, with the express purpose of being driven insane.
Ticketing and showtime information

Something that has always fascinated me are stories of innovators within specific genres of music. People who took generally accepted conventions and flipped them on their head. I’m talking about The Clash. I’m talking about Miles Davis. I’m talking about Radiohead. And, as it turns out, I’m also talking about Astor Piazzolla, the iconoclastic tango composer explored in this documentary film by director Daniel Rosenfeld.
Ticketing and showtime information

Another thing I’m a sucker for is a coming-of-age story; the more adolescent listlessness the better. And this film by director Oscar Frenkel — about a young boy whose days consist of hanging out with his friends in their boring little corner of the earth until an explosion + the unexpected death of a close friend rocks their routine — fits the bill perfectly. Throw in some awkwardness, some humor, a lot of heart, and the crushing realization that life is a series of increasingly numbing disappointments, and what you end up with is a film that is right up my alley.
Ticketing and showtime information

Director Nadir Medina brings us this quiet human drama about reconnecting. Reconnecting with a fellow human, reconnecting with one’s roots, reconnecting with the person you had forgotten you were (or were desperately trying to). Pablo and Jesi reconnect after many years apart from each other. Pablo works at a hospital, and Jesi has been living on the other side of the Atlantic. And what starts with laughter and familiar glances turns into something else as the crushing weight of what lies behind them catches up to them both.
Ticketing and showtime information

Hey, speaking of iconoclastic figures in music: here’s Rodrigo Alejandro Bueno, better known by his nickname “El Potro”. Period pieces and biopics about emblematic Argentine figures are all the rage right now. After Gilda and El Ángel, it makes complete sense for the next figure to get the biopic treatment to be the prince of Cordoba cuarteto. This film looks like it is loaded with pathos, charting Rodrigo’s early days all the way to his superstar status and his untimely death. It also looks stunning from the trailer, which is a nice reassurance that cinematography as an aesthetic and storytelling device hasn’t been completely abandoned in the age of the iPhone movie.
Ticketing and showtime information