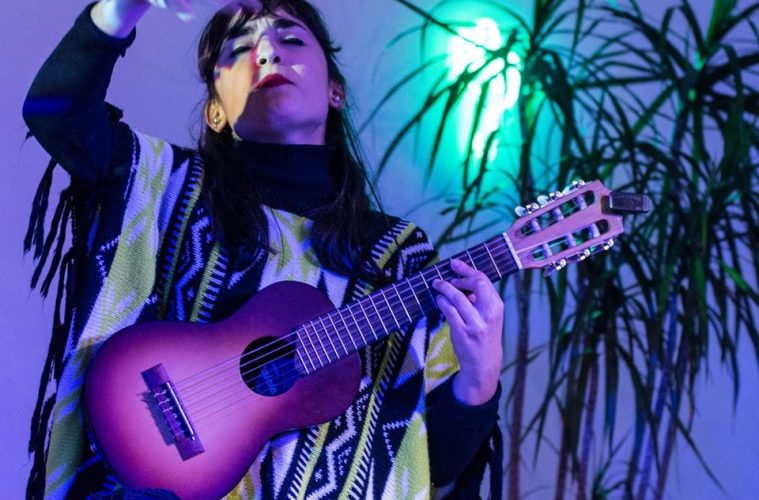 I know that it’s a well-worn cliche to talk about the sense of renewal and hope that comes with spring. But darn it, folks, I can’t help it! That soft and slow creep of green on the streets is simply inspiring – much like the incredible and expansive assortment of musicians that go out and play every week at the amazing venues all over the city (check out some of my favorites for springtime here).

It’s a beautiful day to catch some live music! The latest incarnation of indie rock mainstays Mi Pequeña Muerte will be joining forces with Boedo’s earnest tales of love and friendship for a FREE live show at the gorgeous Centro Cultural Recoleta.

I have a deep and abiding affection for Matienzo, as I wrote about in this piece, so it doesn’t take much to get me to a show there. For those who need more of a reason to hit a show on a Thursday night, you have it right here: Psych pop outfit Tirman Kid, experimental dance music project Rey Hindu, and new wave rockers Placard will be playing ciclo La Nueva Escuela to celebrate Matienzo’s 10 years of keeping the indie flame alive.

Bedroom pop outfit Tomás Stagnaro & Los Fantasmeitors, surf rock combo Playa Sintetica, folk duo Yuli y Tonga,  folk singer-songwriter Emily And, and singer-songwriter Penny Peligro will be performing live at Multiespacio Korova to celebrate all things Libra and Virgo, which according to astrology.com means “peaceful, fair, and hates being alone,” or “detail-oriented and careful with others,” respectively. So uh, gingerly join your hands and sing a song together with the kids!

The talented folk singer-songwriter Dani Ferretti will be playing a very cozy, intimate set at the always sophisticated Clásico Fernández. Make sure to get there on time – they are quite punctual at this establishment but it’s worth it for that sweet, sweet sound system.

Experimental audiovisual project Irene Dogmática, darkwave duo Telefonema, and indie rock band Verde China will all be playing at Soviet Fest Primaveral – an event we can only assume celebrates communism and the change of seasons simultaneously.  LONG LIVE THE RED SPRING (???)

Indie orchestra Julio y Agosto will be performing a special acoustic show at El Oceanario Club Cultural, in which you can expect to hear songs from their latest EPs, ‘Los Accidentes’ and ‘El Movimiento’. Check out their Instagram for their frequently updated supply of memes.

The jam-alicious Agrupación Capitan are presenting their self-titled album at the “classy, Lynchian dream of a venue” La Tangente. They’ll be joined by young music producer and kindred spirit Cajú, who is also presenting his first LP, ‘Astrology Went Stupid.’

Alternative rockers Los Peces, indie pop project Biografia Mutante, and lo-fi popheads Regy take over La Confitería for an evening of quirky, eclectic music you can dance, paired with quite possibly the best terrace in the city.

Vuela El Pez is hosting the 79th edition of Frescura, with a lineup as diverse as they come. There will be live performances by rock pop six-piece Tr3s, power trio El Diluvio, indie pop band PALMER, mystery band MandangaDance, and singer-songwriter Rodrigo Santesteban.

Josef Wikstrom’s musical project Black Guillemot released a new EP in April and we at La La Lista love his crooning baritone a la The National’s Matt Berninger. He will be joined by “Winter shoegaze” act Frostproof for a free show you won’t want to miss.

In the 2nd edition of this new concert series, Medalla Milagrosa, Contenti, Isla Mujeres Música, and Parque de Atracciones will be playing our favorite, scrappy DIY venue Espacio Cultural Mi Casa. The event will be complete with DJ sets, a photography expo, graphic design, painting, and all of the good vibes that we’ve come to expect from the crew at Agüero 787

Melodic indie pop act Las Consecuencias, alt-rockers Los Robots De Coco,y lush indie folk band El Mar are joining up for a triple header that will surely leave you wanting for more. This, and much more, at Cooperativa Cultural Qi.

There was, for a time, a perfectly weird dance party that happened once a month in the basement of a shopping mall on Av. Cabildo, called Cerebro Magnetico, put together by dj collective/radio show/party organizers Sensacion Termica. The hows and why’s behind this event’s brief but glorious run elude us, but luckily for everyone, the afro-industrial-electro-disco-post-funk-dub-beat-nu-kraut dance party lives on in a new secret location in Villa Crespo.

We don’t know much about this one, except that it has a dangerous name, it will be DJ’d by DJ Dolare$, Bruno B, and Mario Wiczis (not a whole lot of information about them either), and it will held in one of our favorite springtime venues, La Confiteria.  Again, that terrace!

Is there anything better than a free live show on a Sunday evening? THE ANSWER IS NO. Especially when it’s happening in the absolutely stunning church-turned-venue of La Capilla at Recoleta. Grab a pan relleno from the plaza and cure your hangover the right way, with the help of laid-back dreampop artist Panchito Villa and the lovely, lilting voice of  Maca Mona Mu.