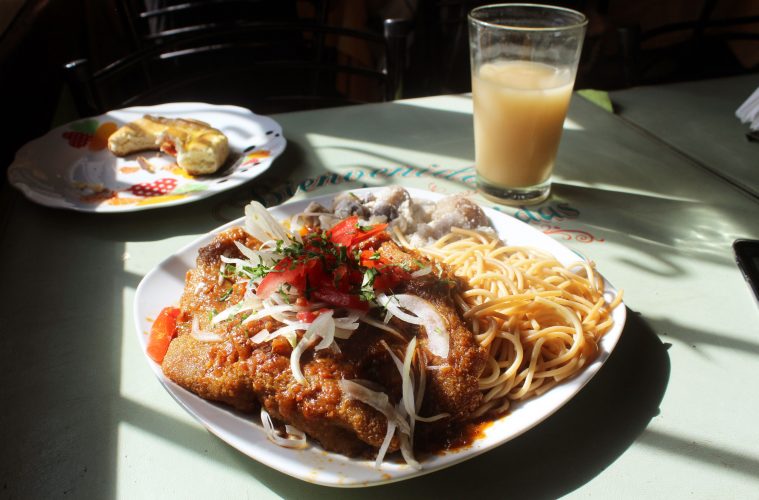 The waitress slides over and names off a set of dishes that I don’t quite catch. Cómo cómo, I reply frantically. She repeats: chuño, chairo and satja with an aire of empathy and nonchalance. I heard exactly what she said, I just have no idea what any of it means.

At Miriam, a first floor walk up that feels more like a family dining room than a restaurant, I am not the typical customer.

Miriam is camouflaged on the main market street of Liniers, the Bolivian neighborhood on the southeast edge of the city. Wedged between two long markets, if you don’t take your eyes off the bright purple bags of api or pyramids of papaya and limes you’ll walk right past the man sitting in the doorway selling bread and over-sized salteñas. Just over his shoulder is a steep staircase that leads to one of the neighborhood’s most respected restaurants. 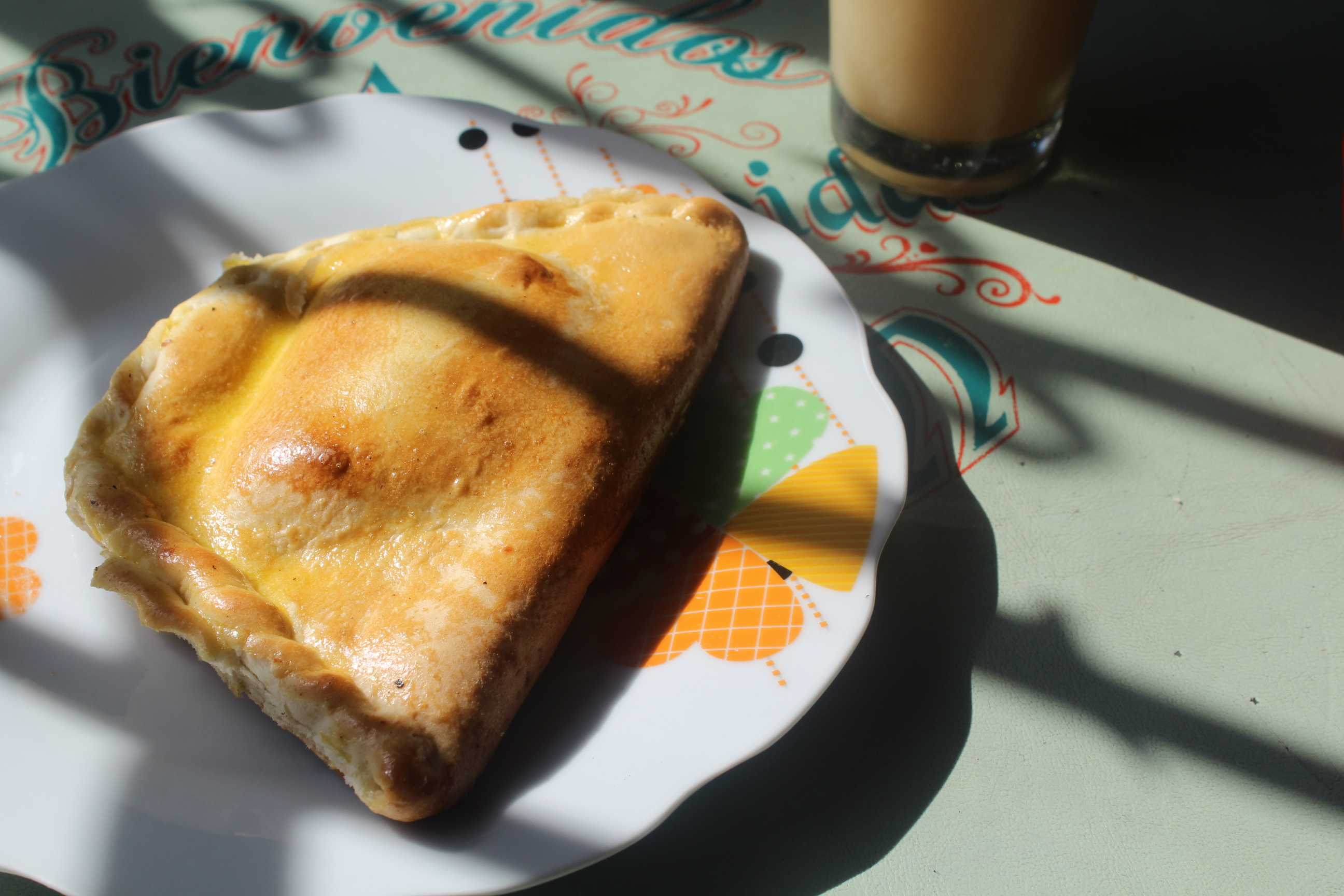 Liniers isn’t the neighborhood it was just a few months ago. Few places in Buenos Aires have ever made me feel like a foreigner; Liniers was the exception. Along Suárez and wrapping around Ibarolla the wide sidewalks were dwarfed by street vendors selling herbs, produce and fresh cheeses—the best queso fresco is found in Liniers, stacked like white bricks and made with both goat and cow’s milk. Towards the end of the block shopping carts carried everything from fresh squeezed orange juice to ceviche, chicharrón de cerdo and beef stew with diners sitting in a circle of rickety stools.

The city government has since cracked down on street vending, as they have across immigrant heavy neighborhoods of Congreso, Once, Flores and Floresta. The vendors that made Liniers such a colorful neighborhood to shop in have retreated to nearby Mataderos, or in the case of Miriam, moved their street business from the edge of the sidewalk to an open doorway. 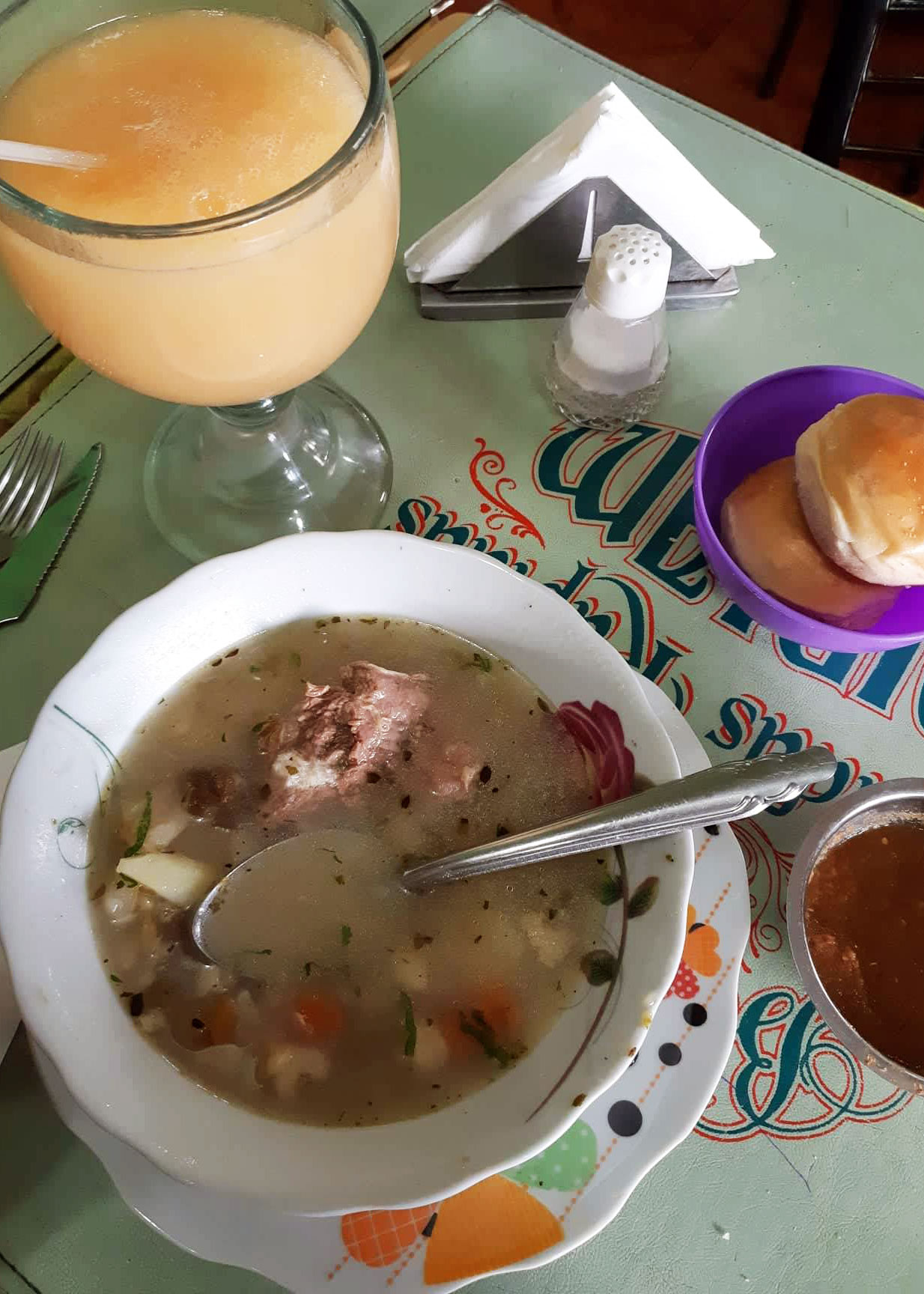 People filter in and out of the restaurant all day long—most come for the soup and main menú del día combo. Chairo is a regular occurrence. Tender beef is stewed with starchy chuño—freeze dried potatoes—carrot, mote and potatoes. Variations come and go; I have enjoyed it with the addition of quinoa and wheat kernels, the latter a thick soup perfect for frosty winter afternoons.

Mains run heavy on stewed meats, like patasca, pork head stewed with hominy. There is something truly delightful about head meat, especially the tender jowl meat, which has the special ability of soaking in the bold flavors unlike other cuts. The easier to digest picante de gallina is equally flavorful; chicken is quartered and stewed in a deep red chile sauce until the meat slides off the bone.

If you feel like going rogue, go big and order the falso conejo, the high Andes take on the homey milanesa. Beef is dusted with bread crumbs and pounded impossibly thin before being fried and finished off in a sauce flavored generously with yellow chile pepper and cumin that creeps into every groove along the bubbled up batter. The result isn’t your basic bitch milanesa. The flaky outer shell has the delectable crackly texture of twice fried chicken skin or a slightly gooey pork chicharrón with a soft center that fades across the tongue. It’s complimented by an austere serving of chuño, boiled potatoes, twirls of spaghetti and a parsley and tomato garnish. The mish mash works but truth be told, I’d eat a whole plate of faux chicken skin with a smile from ear to ear.

Pair your meal with fresh licuados, like a slightly pungent papaya or creamy mango. The jugo de maní, which sounds infinitely better in Spanish, smells like a glass of peanut butter and has the child friendly flavor of a thin milkshake.

Open: Daily from 8am to 9pm