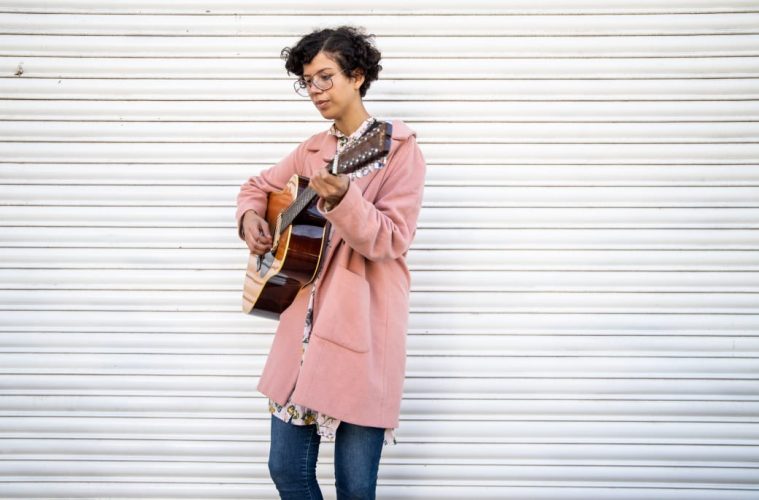 So, here we are. It is yet another crisp, cusp-of-spring night in Buenos Aires, and you are thinking, naively, stupidly, that you’ll try and get some sleep. Right side? Nope. Left side? No dice! Back? You look like a dead fish. Belly? A beached whale. Weird! Not a good look for you.

This is the universe telling you that it’s not time to sleep. You can sleep when you’re dead! Right now, it’s time for music!! So get up, grab your Sube, hop on a bondi or a Macri-bici (that is what they are actually called, right?) and go forth into the night. Breathe the Good Airs, and listen to some LIVE MUSIC. We have an excellent lineup this week, so DON’T SLEEP ON IT! Here are our recommendations to get you woken up BEFORE September ends.

A new edition of Hotel Wreck Nights is happening this Wednesday in The Monkey’s Cultural House in Palermo. This multi-national event, featuring musicians from three continents, will be kicked off by Boconas, a trio who call their style of music “Hawaiian rock.” For me, it has a strong bluegrass/americana vibe (the ukulele could almost pass for a mandolin), and brings me back to the mountains of North Carolina. Following Boconas will be Gracia Portillo’s experimental neo-soul project Grace & Badlove, an explosive set from Canadian-originated Harm & Ease (any band with a punny name is automatically super cool), and groovy Australian-Argentinian funk/soul group Palta & The Mood.

Monqui Albino brings us an event that will showcase three bands from their independent label. Las Consecuencias will present their EP “VOL.1,” which was released in June 2018, and also some sneak previews of songs to be released on their upcoming EP, “VOL.2.” Lxs Tremendxs, who recently changed their name from “Los Tremendos” (yay inclusive language!), will play some songs from their 2017 album, “Nuevos Tiempos,” which you should definitely give a listen to. Any band that invokes my tendency to want to describe alternative pop music in terms of which Of Montreal album it is most vaguely-reminiscent-of, is worth listening to, in my book. (In the case of Lxs Tremendxs, I think I’ll go with “Sunlandic Twins,” but it’s always a tough draw.) Miguel Canevari, guitarist and vocalist of Julio y Agosto, will play a set of songs from his solo album “Tres Arroyos” as well as some from his upcoming album.

Hitting the ball out of the park this Thursday, we have home team Las Ligas Menores (“the minor leagues” in English) playing at Niceto Club. That is, if they don’t get rained out! Just kidding, the event will NOT actually be canceled due to inclement weather – this is just part of my sad attempt at making baseball references. (Their bio on Spotify is literally “⚾⚾⚾.”) But seriously, this band has serious game AND they are sharing the stage with away team (okay I’ll stop now) Apartamentos Acapulco, on tour all the way from Spain! Here is a link to buy tickets, which start at $280.

Imagine you are listening to the Talking Heads while walking through an empty shopping mall in southern California, but it’s a dream, and you are also in a video game, and you are starting to tweak out because you realize you keep walking past the same things over and over again, and reality is an absurd construct of the mind, and in order to survive Existence you must immediately enter Party Detective Mode and bust a series of decidedly esoteric and anti-capitalist dance moves. That’s the best description of Gente Conversando that I currently have to offer you. They put on an incredible live show that usually incorporates some bizarre form of audience engagement (the first time I saw them, milk and lemons were involved),  so if you haven’t caught them yet, get out to La Tangente this Thursday. Gente Conversando is opening for Tobogán Andaluz, a band that formed in 2010, started touring Argentina in 2014, and touring internationally in 2016. With their most recent album, “Fuego en las Naves,” produced under their record label, Discobabydiscos, they plan to continue touring and growing their fanbase throughout Latin America – as such, this will be their last show in CABA until December, so don’t miss it! Here is a link to buy tickets.

Fiesta Sound (not to be confused with FestiRuido, which is happening on Tuesday) will feature performances by Los Pakidermos (Remember what I said earlier about punny band names? They are dope.), The Puñeters (I feel the same way about Spanglish band names.), La Granjita, Re Signados, and DJ Gorian Gray. (Wow, the word play is STRONG with this lineup.)

Penny Peligro is a dangerous woman. Not only is she a talented musician, artist, and seamstress who creates all her own merchandise and designs by hand, but she is also (and perhaps most notably) a  self-taught prodigy-extraordinaire in the fine art of the Selfie. (You can view her prolific portfolio on Instagram @pennypeligro.) This Friday at Dorian Teatro-Bar, she will present her debut full-length album “Selfies Desde el Patrullero,” released under the label BPM Discos.

Need some leafy greens in your life? Come to Salad Party, a recurring event that celebrates emerging independent musicians and artists (you can follow the event on Instagram @lasaladparty). This week it will be held at Multiespacio Korova, and will feature performances by WALFER (they call themselves “doggyrock” – if you want to know what that means, go to the show and find out), Playa Sintética (psychedelic surf rock, except instead of surf boards, it’s skate boards, and instead of psychedelics, the drugs of choice are ritmo y sustancia), and Brian Franka, who decided to make music because he thought it the fartiest way (that translation is definitely too literal, but I don’t give a toot) to depress the next generation who would listen to it.

Only go to this show if you are prepared to make the necessary clarifications with respect to the venue’s name (no, no, not mi casa like MI CASA, I mean like, the venue, like, near the abasto shopping? yeah yeah, that one). Mi Casa presents the kraut-turned-dream-pop sounds of José D’agostino’s  project Ex-Colorado, Niki Rouge’s electronic music for after-midnight dancing, and pianist and songwriter Ignacio Herbojo.

TonoFest is a festival that started in 2017, bringing together artists that they believe enrich the musical and cultural community in Buenos Aires. For this event, they have invited bands that they believe are bringing outstanding innovation to the world of electronic indie pop: Mariela Centurión, Folie, Caballero Zifar, Super 1 Mundial, Pyramides, and Galácticas Mareas. Here is a link to buy tickets online.

Again, I clarify, this event is not happening at my house. It’s happening at Espacio Cultural Mi Casa. It’s hosted by Sólo le Pido a Dior, the record label behind the Niños Envueltos-Hiroshima Dandys collab “Inventar el Paraíso” which was featured on this week’s La La Lista staff picks playlist. Nüman will present their new album “Technofilia,” and warming up the stage for Nüman will be Tomás Stagnaro, whose music was also featured on this week’s staff picks playlist. (Fun fact: they were both my picks; I’m a big fan of this label.)

Clásico Fernandez is a top-notch venue with impeccable sound, which is crucial when it comes to the intricate dream-pop textures of Violenta Josefina and US-Argentinian band Fervors (whose front-woman also happens to be the editor of this magazine). These two dreamy groups will grace the stage at 21hs (important to note about Clásico Fernandez: the shows start ON TIME. Really. Like really, really.) on Saturday night, and those who arrive early (18hs) will be privy to the Warsteiner and Grolsch happy hour. The event is al sobre (pay what you can, put it in the envelope).

The darkly optimistic and proudly cloven-hooved 107 Faunos will play, along with the red and juicy fruit (or is he a vegetable?) Sr. Tomate, at this free event at Centro Cultural Kirchner. The tickets will be available starting today, and you can pick them up at Sarmiento 151 between 12 and 19hs, or reserve them online at this link.

This will be the kick-off party for the FestiRuido event series, organized by El Ruido Records. Participating in this first iteration of the event, held at The Roxy Live, will be Lenoise (psychedelic shoegaze with electronic rhythms and a touch of post punk), Libelulas (indie-tronic with synthpop and hip hop influences) and Emisario Submarino (psychedelic rhythms), serving up free noise starting at 21hs.