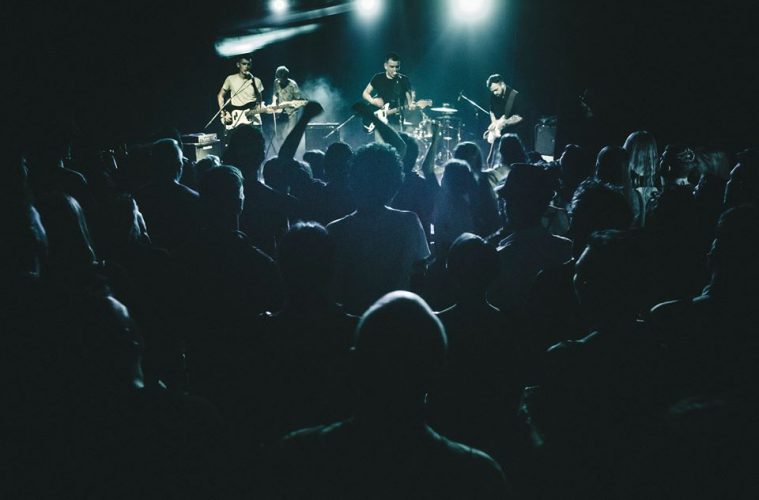 Welcome, friends, to yet another installment of the only live music guide you need to keep up with all the coolest shows in the city of Buenos Aires. It’s Wednesday. Hump Day. The promise of the weekend starts to peek up from above Tuesday’s festering carcass. You can almost taste it. Ugh, so frustratingly close, yet so far away. We can’t make time go by faster, but one thing we can do to hurry up the process is to suggest some shows to catch in the meantime. And then, when the weekend finally arrives, you can make sure you’re getting the most out of it by catching even more live shows! You see how this works? Do you understand now?

We’ll preface this week’s list by mentioning that Festival Ciudad Emergente is in town this week, which features artists such as Emmanuel Horvilleur, Fly Fly Caroline, Louta and much much more. You can find the schedule for that wonderful celebration of music, art, culture and food trucks by checking out the official festival website here. In the meantime, here are our hand-picked shows for the week!

If you’re a fan of reverb-soaked guitars and songs that surge forward and roll back like ocean waves, you’re going to love Marton uoʇɹɐɯ, who blew our minds at last week’s Haus Party. They’ll be playing La Casa del Árbol along with noisy experimentalist Gaby Colman.

Come to La Tangente, one of the classiest venues in town, to see psychedelic pop stalwarts Las Luces Primeras craft moments of devastating intimacy out of a few chords and a few well-placed synth lines. Also, the phrase “devastating intimacy” is prominently featured in my Tinder bio.

Espacio Cultural Mi Casa brings us the new installment of their concert series Noche Tranz Noche, this time featuring the otherworldly-yet-somehow-also-nostalgia-inducing bleepy-bloopy sounds of RRayen, the improvisational trickery of Faraday Brancusi, and the peppy punk rock of Fanzine.

You know, I like lineups that explore a specific sound or era a lot, but I am also a big fan of eclecticism, and the 78th (!!!) installment of Frescura gives us exactly that. It features the arpeggiated desert-rock spacyness of Piter Mazda y los Políglotas, the youthful shout-along choruses of Ragazzas, the acoustic-based rockn’roll of Alan Sutton y las criaturitas de la ansiedad, and the plaintive melodies of Carolina Donati’s ballads. Goooood stuff.

Post-punkers Pyramides, who could have been plucked straight out of early 80s Madchester, shares a bill with punky post-rockers Temporada de Tormentas at the mighty Niceto.

El Mar‘s music is like taking a nice swim in the middle of the night. They’ll be taking over Seta Bar to showcase songs from their debut album as well as provide a preview of what’s to come. The suggested entry contribution is $100, but it is entirely up to you what you want to pay. A great deal if the Macrisis is already taking a toll on your wallet.

You in the mood for that nightclub untz-untz-untz? Come to Tesla bar to see techno artists Elektor and Toto Prieto make it happen live in front of you.

There are a few surefire ways to get me to attend your show, and naming the event “ciclo demónico” is certainly one of them. Come to Club Plasma to check out the dark, chilly sounds of Telefonema, the beat-driven twin-guitar attack of El Enemigo, the surreal bedroom pop of Diana Divaga, and an acoustic opening set by Lucía Rovira.

And then there’s this event at Teatro Monteviejo, featuring the indie rock of Vera Nois, the spacey synth journeys of Nicolás Aimo, and the quiet singer-songwriter introspection of Mario Nieva. A rare lineup this week in that all the artists are on Spotify, so good for you, guys! Good for all of us.

Speaking of events with kickass names, the third edition of Of Dolls and Murder serves as an opportunity to bid farewell to Cristiano Monga as he leaves the country forever (?). It’ll be an all-out noisefest, featuring the abrasive, propulsive beats of Anti-Yo.

This looks like a heck of a party: the inaugural installment of the Manantial Beat festival brings hip-hoppers Jvlian, kitsch-funkers Gativideo, and the chopped-up beats of Ritualfir3 together for a night of syncopation and rapidly pronounced syllables.

Mambo Surf sounds exactly like what you’d expect from a band named Mambo Surf: tremolo-laden surf-rock with a tropical twist. This isn’t meant as a diss, because that’s certainly a good thing. They’ll be playing at Club Plasma, along with the blues-rock of Sol Bassa.

Come to La Cápsula to check out Cruz Coronado and Subjetivo pressing buttons and making really strange, fascinating sounds that tickle your brain in interesting ways! Oh, but first you have to make sure to PM the event to get the address. Do it. It’s worth it.

Feminoise presents EXE, a night that seeks to explore the connection between flesh and technology, and how they use each other to achieve transcendental beauty in the form of sound. There’ll be a live performance by Minicomponente, as well as live models on stage and other visual elements.