If you have ventured into Flores’ cavernous Korean district, chances are it wasn’t in search of fried chicken. You have probably piled up on short ribs and banchan at the countless mom and pop barbecue joints. Sweltering porteño summers are the perfect occasion to grab a bowl of naengmyeon, cold noodle soup—the best are often found in converted residences with no markings on the door. Chinese-Korean joints serve savory jajangmyeon, noodles with sweet bean sauce, or tangsuyuk, sticky sweet and sour pork. Look a little further and you’ll find the city’s oldest Syrian bakery, a Pakistani restaurant and a sushi bar on the sixth floor of an office building.

But hidden down a thin alleyway on the edges of the neighborhood is AZIT Chicken Bar, a slick bar dedicated completely to the fried bird.

Fried chicken is not exactly a Buenos Aires trademark, but if you look close enough it can be found all over the city: pollo broaster at the innumerable Peruvian restaurants across Once or chicharrón de pollo in the Bolivian dives of Liniers. Prior to the city’s recent crackdown on street vendors the best pollo was found on the sidewalks outside of the neighborhood’s wholesale markets—many of those vendors can be found in the meat packing district of Mataderos, for now. Spicy Dominican fried chicken, disguised in restaurants that look like Caribbean boliches, are dotted around Montserrat. Some of the best wings in the city are found at Pan-African restaurant El Buen Sabor in Villa Crespo alongside North American versions of the recipe in Palermo.

Over at AZIT, fried chicken makes up nearly the entire menu. There is also budae jjigae, a North American influenced deep-red soup with industrial ramen and sliced hot dogs, or tteokbokki, fried rice cakes in a spicy gochujang-based broth served with chicken poppers. 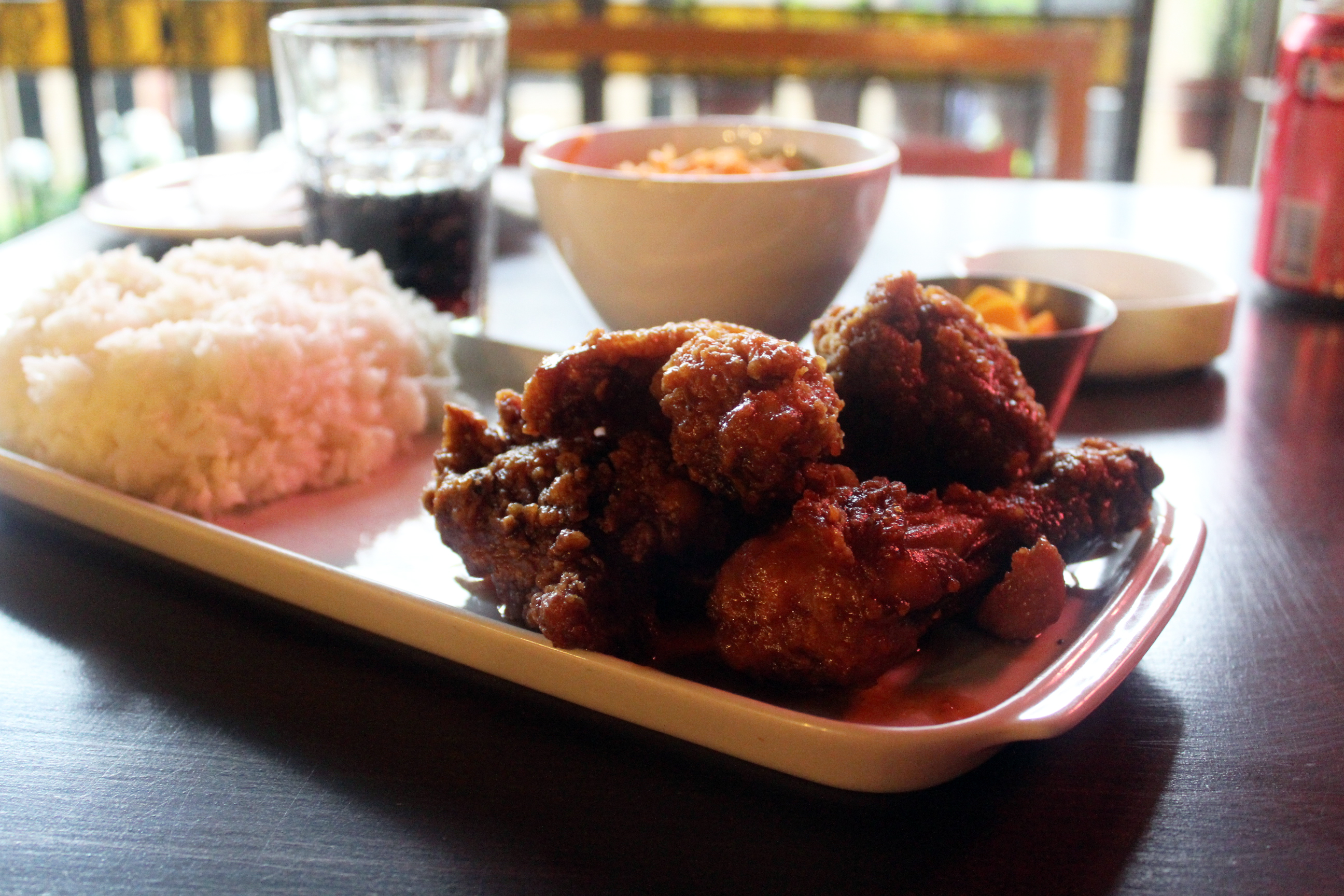 The whole bird is an entirely different beast—tossed in a slightly sweet glaze before being austerely delivered in an over-sized white bowl. Steam bellows upward. It is far too hot to eat. You eat it anyway, mouth wide open and breathing dramatically.

You will likely want a big bowl of french fries to match. Be sure to arrive early as they tend to sell out. No need to worry, as each order comes with refillable sides. A tangy simple salad of crisp lettuce, carrot and crunchy cucumber dressed in a sour sweet citrus vinaigrette. Danmuji are addictive little squares of pickled daikon radish tinted orange. They crackle and rumble loudly, breaking apart like a shifting tectonic plate. And while beer is the standard date for Korean fried chicken, it isn’t bad with a bottle of flavored soju, either.

At lunch time, the portion is cut in half and served with white rice, sides and a drink for a mere $200. It is a menu del día deal so good it is worth arranging your day around.