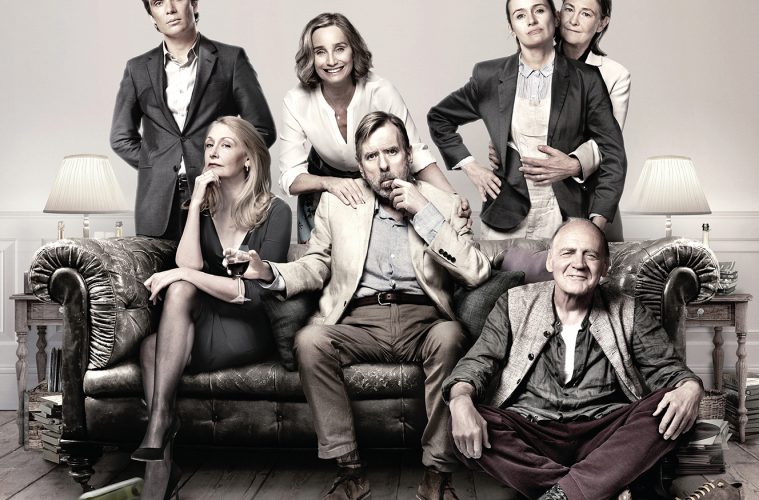 Off the Marquee | Film Picks for September 2018

Look — we get it. We’ve had the phone conversation with concerned family members. We’ve walked through the different possible scenarios. We’ve struggled for the plainest, most straightforward way to convey the fact that the country’s current situation is… grim. Ministries are being wiped out. Educational budgets are being slashed. The economy is in shambles. Your money is quickly losing value, which means that prices are on the rise. It kind of feels like we’re aboard a rapidly sinking ship, and things are ramping up for some sad denouement. You might be in Survival Mode right now. You might be cutting out all your non-essential expenses. Going to the movies might seem like a frivolous luxury you don’t need right now. We get it. All of that is perfectly understandable.

But let us counter with this: just as you’re holding on to those pesos so that you may purchase groceries to nourish your bodies, so do your souls need nourishment. You need to be stimulated, challenged, inspired, tickled, angered and assuaged. This is the value of art. And, as one of the more complete and enveloping forms of art, film deserves your patronage even in this time of crisis. This is why, just as every month, we’ve rounded up a list of quirky, interesting, smaller-scale films that you can go watch in a Buenos Aires theater right now. So go on. Go catch a movie.

An Israeli-German production by director Ofir Raul Grazier. The film has spent the better part of last year accumulating acclaim internationally, and has finally made its way down to Buenos Aires cinemas. Thomas is a German baker who is involved in an affair with a married Israeli man, Oren. After Oren dies in a car crash, Thomas finds himself moving to Israel, assuming a false identity and becoming increasingly entangled with Oren’s widow. A tale of harrowing loss, deceit, betrayal, and redemption that adds up to a profoundly affecting character study.

Going along with the theme of lives that become inextricably linked with each other after loss: Mercedes Laborde’s El Año del León is the story of Flavia, who is grappling with the loss of her partner León. León has an ex wife, and a teenage daughter from this previous marriage. These three lives become entwined as they attempt to deal with their grief, and gain some forward momentum in their lives. This quiet, effortlessly charming drama is a meditation on the nature of these human connections, and what it means to pick up the pieces after a devastating loss.

The new film by celebrated Argentinian writer-director Pablo Trapero, La Quietud tells the story of a family unit that is rocked by the sudden illness of its patriarch, and the subsequent return of a wayward member. Esmeralda and her husband live a pleasant life at their farm, along with their younger daughter Mia. When Esmeralda’s husband has a medical emergency, they are visited by their older daughter, Eugenia. This kicks off a series of confrontations and reopens old wounds between the sisters and their mother. What is most interesting about this movie is the way Trapero chooses to show us the disquieting truth of this family dynamic; fleeting glimpses through barely-closed-over doors, never quite knowing if what you’re seeing is the full story.

The new film by English writer-director Sally Potter lives up to both parts of its categorization as a “black comedy”; Janet, a politician on the rise, hosts a get-together to celebrate her climb up the political ladder. As guests arrive, each with its own set of quirks and secrets, tensions start to bubble up to the surface, and what should have been a night of friendly laughs becomes a chaotic whirlwind of screaming matches and even a pointed gun. A farcical romp with a delightful ensemble cast (including Patricia Clarkson and Cillian Murphy), The Party is a darkly hilarious experience and a guaranteed good time at the movies.

Alejo Moguillansky’s La Vendedora de Fósforos is a lot of different things, one of which is “really hard to pin down”. I guess if I had to summarize it, I’d say it’s a story about the struggle to make something beautiful in a world that is constantly pulling you every which way. La Vendedora de Fósforos tells the story of Marie and Walter, a middle-class porteño couple with a young daughter. Walter is working to bring composer Helmut Lachenmann’s opera — an adaptation of Hans Christian Anderson’s story The Little Match Girl — to the stage. The problem is Lachenmann’s opera follows no operatic conventions. Add a subplot about piano lessons, World War II, a general transportation strike, and the ever present struggle to create, and you start to get a sense of this film’s wild ambitions.

Teatro de Guerra documents something quite simple, but at the same time carrying a tremendous amount of weight: former war adversaries coming together to create a recollection of their time battling each other. Six veterans of the Falklands war are brought together to recount their experience. Calling Teatro de Guerra a “social experiment” feels like a disservice to the film. That’s because the concept of “social experiments” carries a cold, detached, almost clinical connotation, whereas Teatro de Guerra is actually a very moving experience, combining documentary, fiction, meta-fiction and theater in a tremendously compelling way.

We are wrapping up this month’s recommendation — this impassioned plea to stay artistically engaged despite the trying circumstances– by crassly cross-promoting our own content: check out our list of recommendations for Buenos Aires’s upcoming celebration of rock music and documentaries and documentaries about rock music. Come bask in the glow of stage lights and amplifier feedback.