When was the last time you levitated?

For me, it was last Friday night at Niceto Club. Ex-Colorado was performing “Cintas Grises,” his six-minute-long melodic mantra in which chimes, bells, synth, and guitar lines build on top of each other until they reach a fever pitch, the layered harmonies reverberating around the room, threatening to blow out the walls. Only then do the vocals enter into the mix, a droning incantation that speaks to moving forward but always being in the same place, caught in ribbons of tape that only ever go back to where they started. As the song crescendoed, I felt a hook behind my lungs catch on the sonic thermals and lift me upwards. Just as my toes began to leave the floor, I glanced over at my concert-going companion, who mouthed “wow” and pantomimed fanning herself.

Ex-Colorado is the moniker of Jose D’Agostino (or Peta, as he is affectionately known in the local scene), a local sound engineer and musician who has long been a mainstay of the LAPTRA scene. After 7 years of writing and reworking ideas, D’Agostino finally released Siete Mares, an intriguing work that oscillates between shuddering kraut-rock progressions and delicate folk meanderings,without losing the thread of commonality – no small feat considering the considerable time that passed between some of the initial song ideas and their final publication.

I caught up with D’Agostino to talk about music, the creative process, influences and more at his home and recording studio in Parque Patricios. He made us shrimp stir fry. I brought wine and Jorgitos (mousse-flavor). And while not levitation-inducing, our conversation left me feeling quite a bit lighter, which is no small feat in times like these. 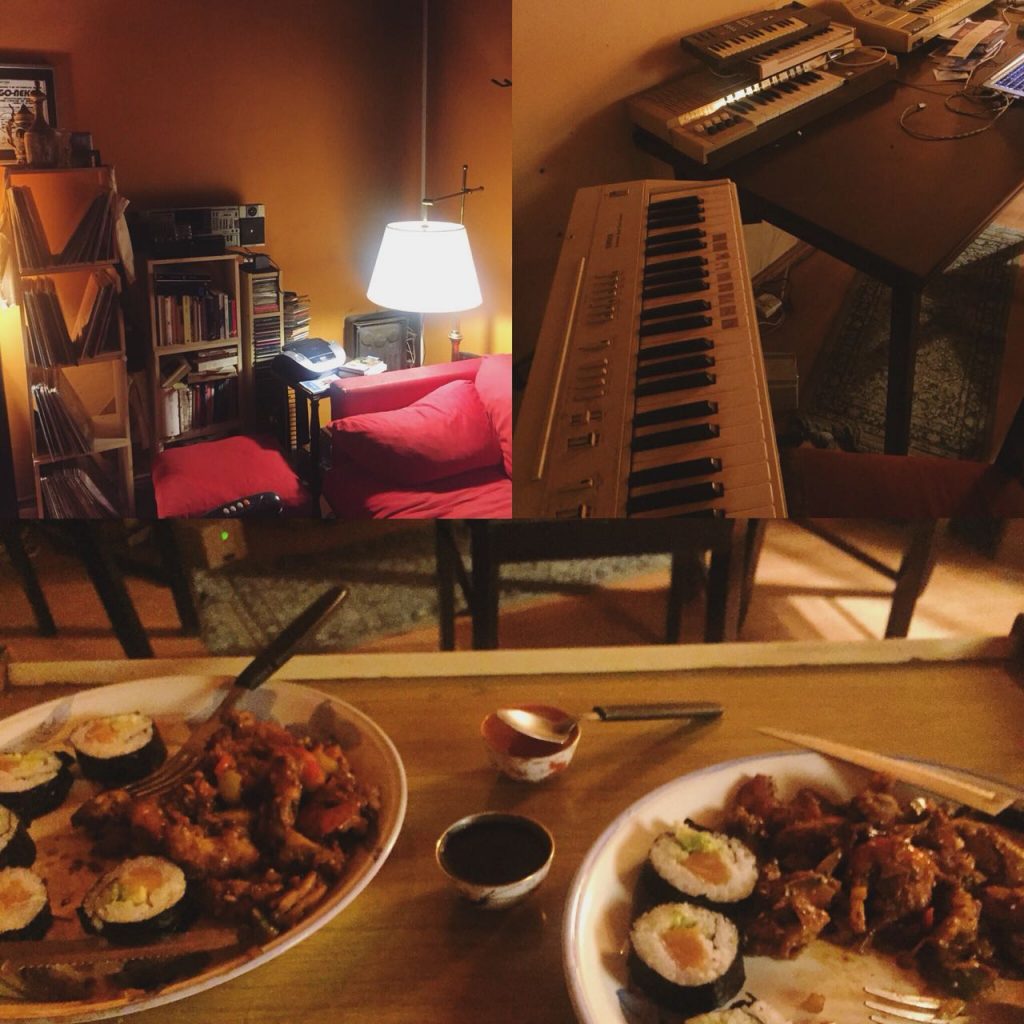 Why did you name yourself ‘Ex-Colorado’? Where does the name come from?

The name Ex-Colorado doesn’t have a particular meaning – I just liked the combination and the strength of those two words, how well they work together. People can give it any meaning they like.

I have the understanding that you began writing some of the songs 7 years ago. Tell me a bit about that… how did this project start? How has your songwriting process changed during this time?

In 2010, while I was playing with Go-Neko!, I recorded a couple of tracks that I liked but that didn’t fit the band. We stopped playing together and I started playing in other bands, so the tracks were put on hold. I always had the idea of releasing them, but never found the time or figured out the way to do it. In 2016 I bought a vintage synth from the 70s (the ARP Omni), new songs came about and I went back and added vocal melodies and lyrics to the old ones (somehow I had never tried that before). That’s how I started thinking about materializing my own personal project under the name Ex-Colorado.

My songwriting process changed when I decided to add vocals to my songs, which were always instrumental. I still like that approach – my songs are always born out of a guitar or keyboard melody, and from there I create different sound layers that interact with one another.

Since it’s my first time writing lyrics, I tried to avoid common place things by delving deep into certain existential matters that always intrigued me, and then I had to find the best way to make them serve the song.

How has your experience recording and producing other bands informed your own work?

I’ve always been recording and producing bands while playing, so I’m pretty used to it by now. I also try to learn from every new band that I work with, both musically and personally.

I hear some kraut-rock influences, but that’s not the only genre that informs your work — can you tell me a few bands that served as an inspiration for this album?

In Siete Mares there’s a mix of influences that I like and feel comfortable with, such as Neu!, Harmonia, Beach House, Deerhunter, Lotus Plaza, Yo La Tengo, Bill Callahan, and so on.

Tell me a little bit about your gear! What do you use to recreate the album’s amazing synth sounds live?

For the live shows, I use the same instruments that I recorded the album with. For keys, I use the beautiful ARP Omni synth from the late 70s, and the Casiotone MT68, and for guitar, my 1999 Fender Jazzmaster that has been with me since 1999.

What things besides music inspire you to write songs?

Reading books, watching movies, and riding on my bike are my biggest songwriting influences outside of music (which takes up most of my day).

Which are the most interesting bands in the current scene?

You’re releasing a new single today — can you tell us a little more about that?

This Friday, August 31st we’re releasing a new single, ‘La fiesta de los que alardean’ – a cover of ‘Braggin’ Party’ by The Amps, one of Kim Deal’s bands. We’ll be presenting it at our gig the next day, September 1st, with Riel and Atrás Hay Truenos.

This song is a reflection of where Ex-Colorado is right now, picking up where Siete Mares left off, but now with a fully-fledged band (featuring Ivan Calgano on drums, Emanuel del Río on bass, and Nicolás Bodoni on guitar), which adds a lot to the songs live.

The track was recorded at Moloko Studio, mixed at Sounding Studio by Emanuel del Río, and mastered by Francisco Holzmann at Clio Mastering (Chile). We hope you like it! And thanks for the inspiration, Kim!

Ex-Colorado is performing this Saturday night at La Confiteria, along with Riel and Atras Hay Truenos. Tickets are AR $150 and can be purchased at the door.