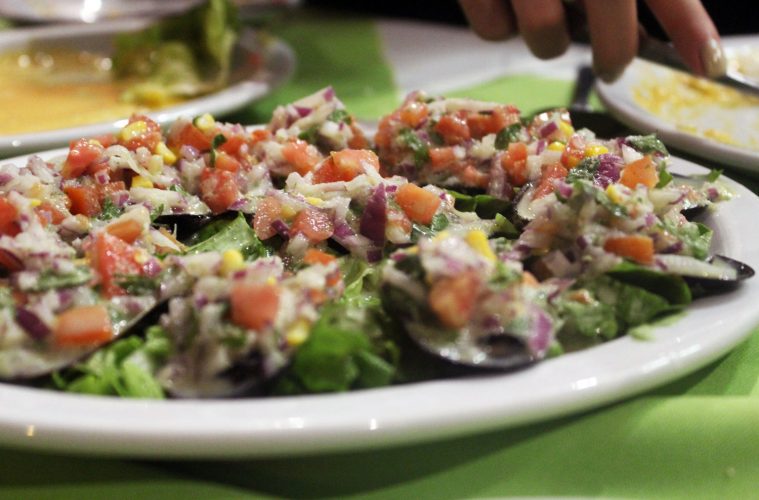 Any casual connossieur of Peruvian cuisine can order a papa a la huacaina or know that seco de carne is the only lunch special worth ordering. Die-hard fans, try as we might, are eternally stuck on whether to order a plate of ceviche or pollo a las brasas with all the trimmings for a family dinner.

The answer is to order both. Always.

But have you ever ordered a tiradito de pescado outside of the comfortable confines of a Palermo nikkei establishment? A tiradito free of saccharine maracuya or passion fruit glazes delivered with an extra dash of snob? I mean far far away from the shiny marble sushi bar and meta artisanal dishware chosen to match. What about a pescado a lo macho? Have you ever tried [holds breath] to take a picture of them?

Both dishes come covered in viscous sauces that at best looks like melted cheese you would find blanketing nachos at a public pool food stand, and at worst, in need of a diaper change. The way they are served at RAWA, a flourescent Peruvian bodegón on the peripheries of the city’s theater district, they are so overwhelmingly ugly you aren’t sure if you should reach for your fork or sigh loudly and go grab a slice of fugazzeta at El Cuartito. 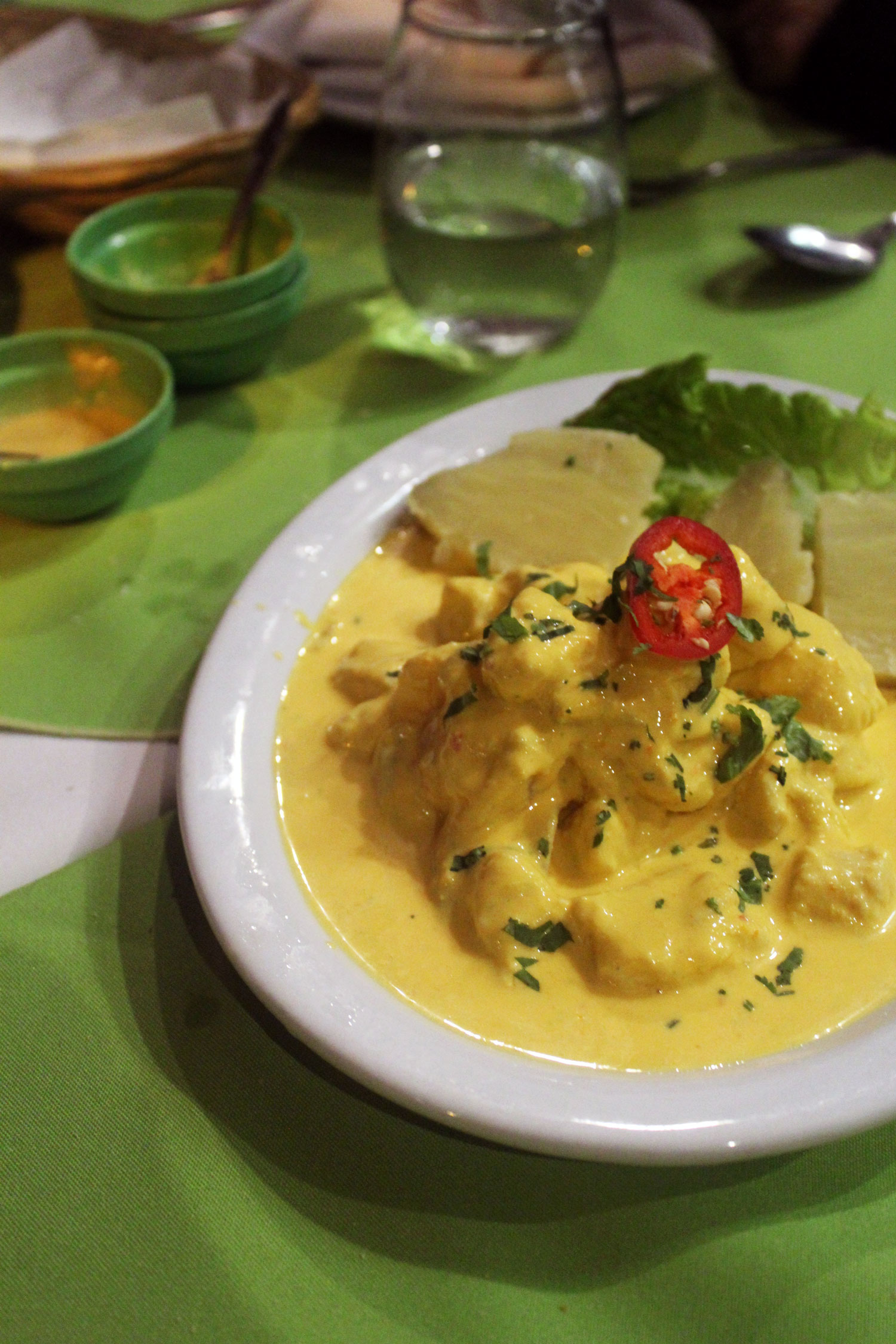 But RAWA isn’t just any Peruvian restaurant. The owners, Maria Capristano and Ángel Uribullo, are seasoned hands in the world of criollo style restaurants. He worked at Congreso staple Status before opening the cultishly celebrated Chan Chan. She wanted her name to be on a deed, too, and so they opened RAWA, Quechuan for ‘to light a fire’, with a nearly identical menu.

RAWA´s menu reads like most every other respectable Peruvian dive between Plaza Miserere and the Abasto. The prices are nearly as friendly, as well. It is divided between an extensive collection of pescados y mariscos and a cliff notes version of criollo-style staples. Ángel prefers the mountainous criollo dishes; the clientele leans towards cooler ceviches, in particular the trio de ceviches. The best dishes on the menu are a happy medium.

You could be wowed by braised duck or rabbit served with rice and beans, but crunchy chicharrón de cerdo hits the spot. Slightly crackled fat gives way to scrumptious short ribs with meat that begs to be gnawed at rather than scooped straight off the bone. Mandarin tinted tamales crumble apart to reveal seared pork and slightly bitter black olives. They should both be devoured with healthy scoops of the vaporous salsa rocoto. 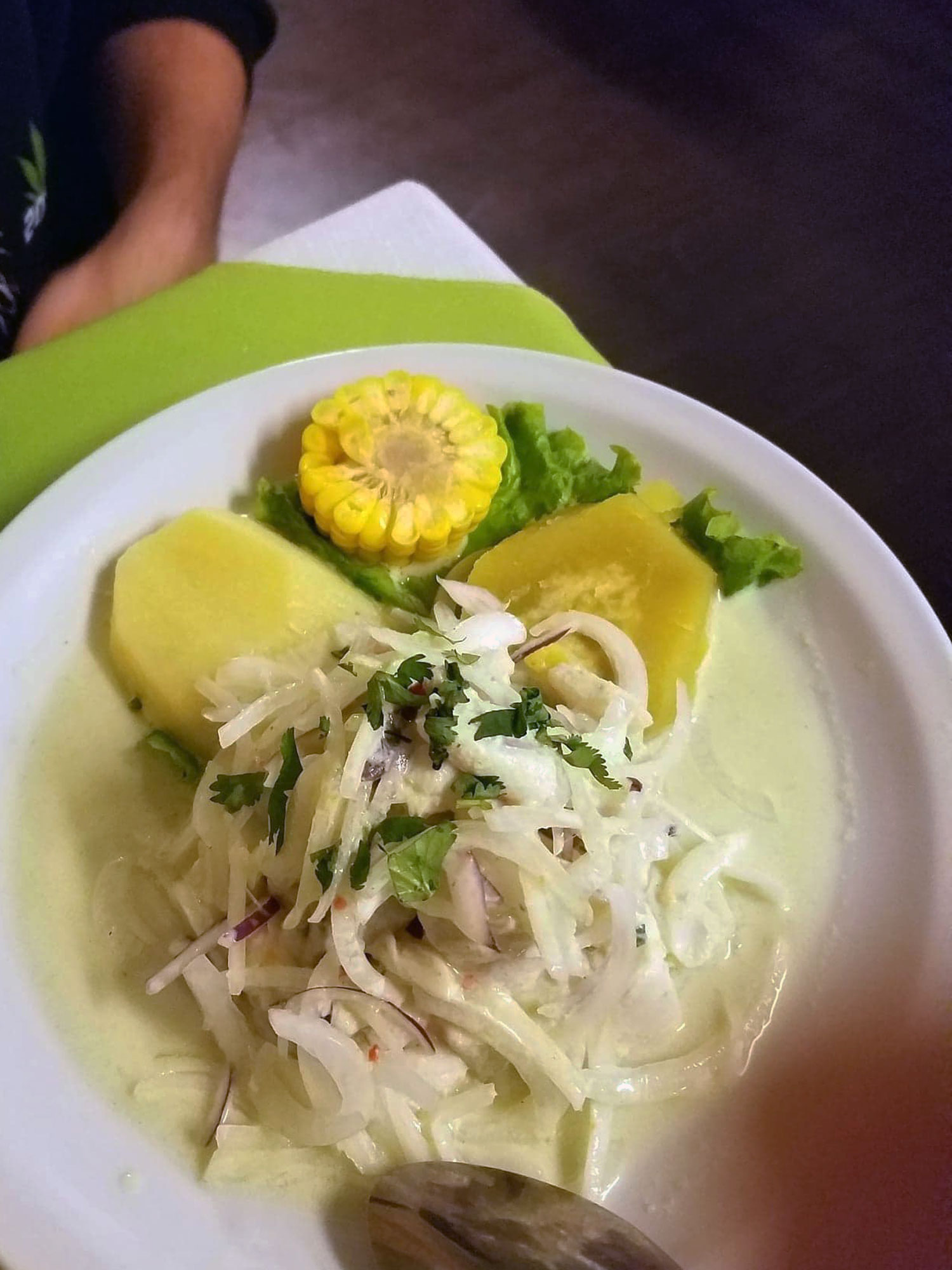 Dig a little further into the pescado section. Simple choros a la chalaca is logical first step. Mussels are served on an over-sized platter and dressed demurely in citrusy onion and barely sweet corn. Pescado a la huancaina comes covered in a bright orange sauce. Here, served over fat slices of white fish (which varies from day to day) it is a smooth sauce that is just savory enough to not distract from the pops of cool fish, usually of the bass family.

But the mother of all dishes is the pescado a lo macho. Not a dish I care to order under the afternoon sun, bites of shrimp and calamari are hidden underneath a savory fish sauce reminiscent of a chunky looking gravy. The fish, on this occasion sole, is battered and fried before being outfitted with the aforementioned chunky sauce that is at first salty before giving way to kind notes of cilantro and cumin.

If it is dinner time, wash it all down with a slightly bitter pisco sour. If it is lunch time, the same applies.