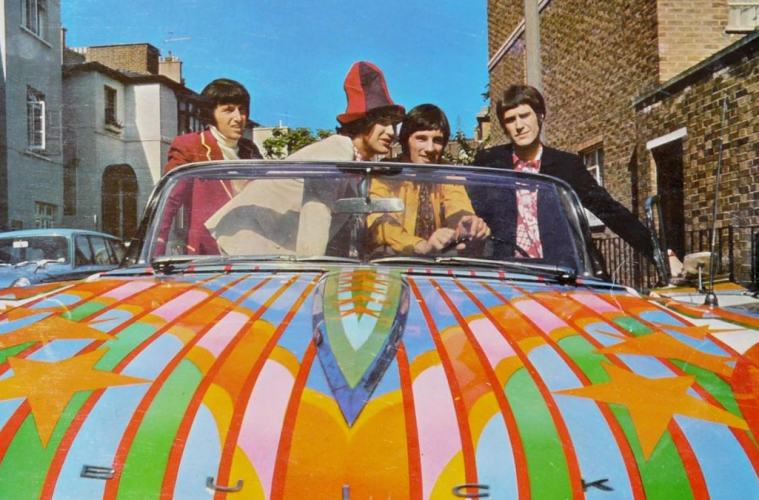 We all have that friend who is always packing the perfect playlist, at the ready to take us on a deep-cut musical journey that is both groovy and informative. On the off-chance that yours is currently passed out on the couch, consider The High Five to be your digital replacement. A 5-song, periodical compilation curated and narrated by our dear friend and music lover Hernan, it’s just the thing for those times when you find yourself wanting to cozy up somewhere, pass something around (we’re talking about mate, Dad) and sink into the songs worth losing ourselves

The band formed by Ray and Dave Davis, Mick Avory, and Pete Quaife in the late ‘60s was so original that none of the bands that came after could capture the qualities that made the Kinks’ music and lyrics so special. To celebrate the recent rumours of a reunion, a possible new album, and the release of a new outtake from the Village Green Preservation Society era, here’s a list of B-sides from some of their EPs and LPs.

Compiled by Argentine music journalist Alfredo Rosso in 1980 for the Music Hall record label, Kinky Gems is an LP released in Argentina that features some B-sides from the Davies brothers. Just by listening to “Black Smoke,” it’s clear the the Kinks’ B-sides could be any other band’s A-sides. The intro with the bells references the Beatles psychedelic classic “Tomorrow Never Knows” but the lyrics are closer to “Get Back” with a female protagonist spending all her money on “purple hearts” (a very popular drug in the early ‘60s). This song was originally included in the album Face to Face.

The history of garage rock is not a bang but a whimper. A B-side from the Kinda Kinks era (and also included in Kinky Gems), “Who’ll Be the Next in Line,” like many other Kinks’ songs, could’ve been easily written in a time before the invention of rock ‘n’ roll, and its instrumentation is full of innuendos.

There’s more than one reason why many punks equally disliked The Beatles or the Rolling Stones but liked The Kinks. “Dead End Street” is probably one of those reasons, since it tells the tale of a grim economic recession. Its video, showing the band dressed as gravediggers, was censored by the BBC in 1966.

The psychedelic side of The Kinks is more present than ever in this song, which was released only a couple of months after Pink Floyd’s Piper At The Gates of Dawn. Included on the album Something Else, the song has that melancholic vibe The Kinks are so famous for.

The first song on the B-side of Arthur, this contains one of Ray Davies’s finest lyrics and it reflects upon the end of the ‘60s with the same irony as Love’s “Red Telephone” by stating that “all houses in the street they look the same.”

Bonus Track: People Take Pictures of Each Other

I’m almost sure that I once heard this song off Village Green Preservation Society on an ad for printers, but the song got cut off before the part where it says ‘people take pictures of each other, just to prove that they really existed’.