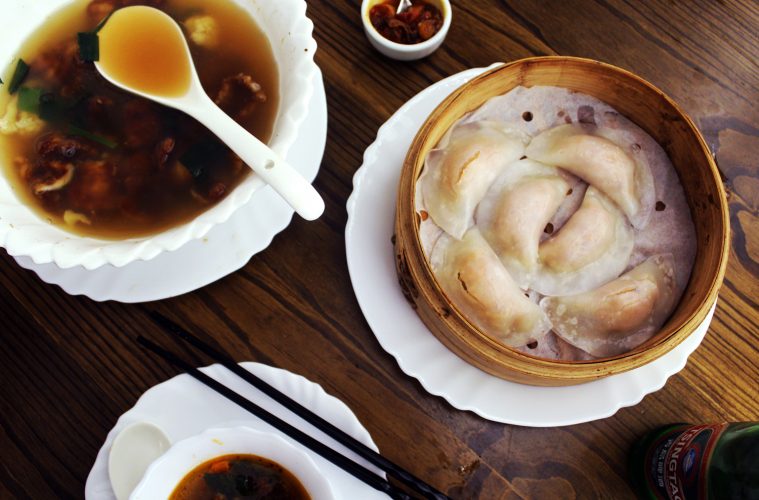 Finding a good Chinese restaurant in Buenos Aires is no easy feat—not only because they are outnumbered by hundreds of rotiserias tossing up the same two dozen versions of stir-fried noodles because they are often hidden in plain view.

Hole-in-the-wall soup haven Mian is barely noticeable amongst a line of polished looking restaurants. Hot pot dive Duo Fu is camouflaged as a pay-by-weight take-out spot—it is only if you happen to walk past after about 10:30pm that you will see a Chinese clientele searing offal at grills built into tables off to the far right. Friends of the house often traipse in with their own bags of meat. The restaurant’s best dish, steamed buns with sticky sesame and ginger laced pork belly, isn’t even on the menu. Sweet and sour fried pork and smoky skewers stacked with tendons, heart and other unrecognizables served underneath a cloud of cigarette smoke were served at the now defunct Dong Bei Cai Guan, a first floor walk up with airs of an Once bordello.

Luó Qíng Xiǎo Guǎn is no different. In English, it translates to Snail House. Locally, it has been crowned the equally charming Caracol de Amor. Cloaked by the chaos of Once, you must zig zag around pedestrians and concentrate amongst the turbine sounds of traffic that race up Avenida Rivadavia in order to find the anonymous wooden door. Once you realize it’s the buzzer on the left, you make your way up the cement staircase that appears in mid-construction and find yourself in a grand, almost always empty, banquet-style dining room.

The menu is as thick as a bible and bound in black leather. It lands at your table with a loud thud. Like all good Chinese restaurants, the menu is written entirely in Chinese. There are photos, too, but even the most fluent of diners will have a difficult time deciphering the difference between one pixilated bowl of noodles from the next. Don’t bother hailing down the waitress at lunch service—she knows squat. The girl at dinner service knows her bao but wave your head like a confused puppy and do your best to hail down Lisa, the owner, or her husband, Willy, and begin the negotiation. 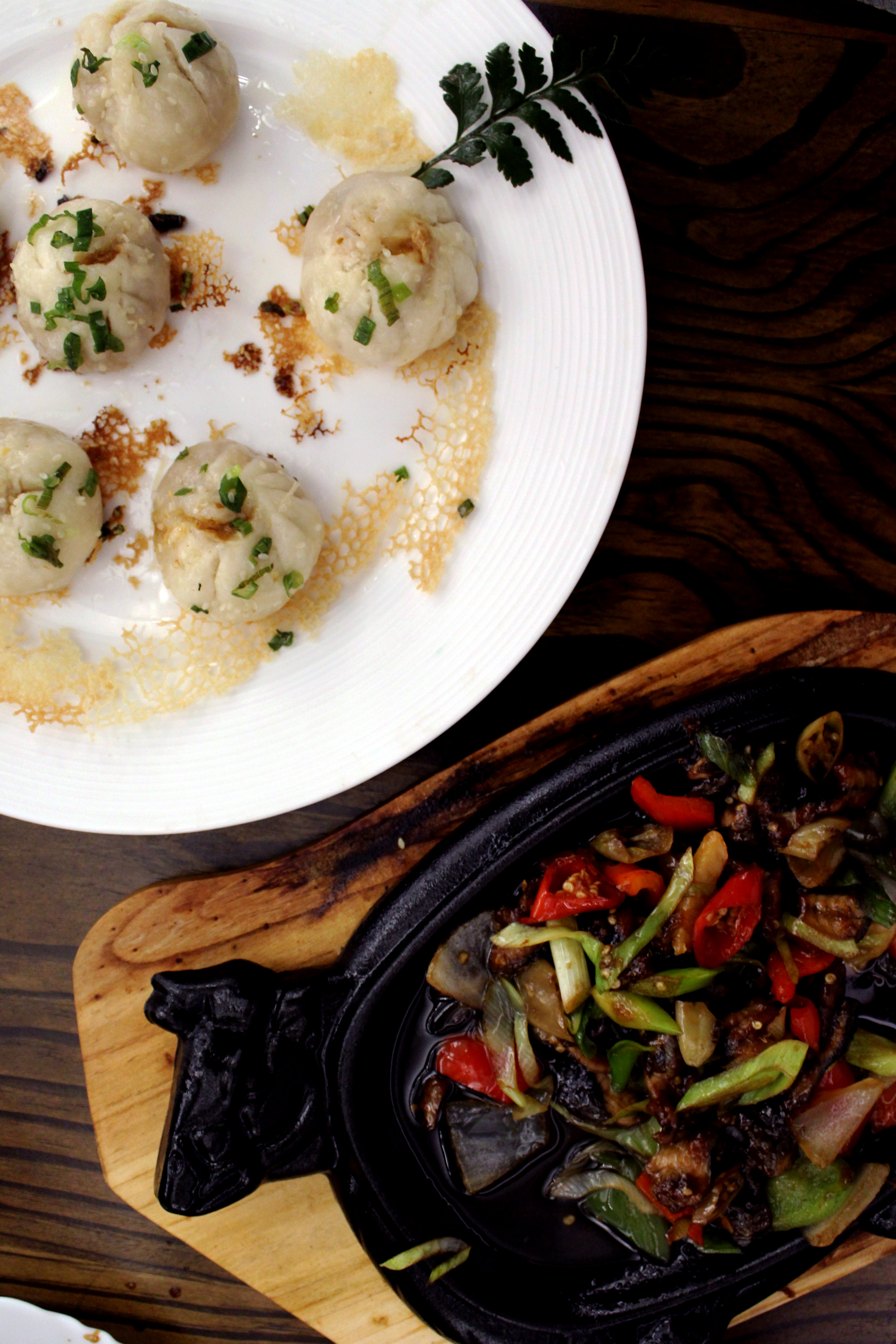 You could play it safe with chicken fried rice or glass noodles that they initially recommend. You could even be wowed by the pork belly and steamed buns.  But you will have missed out on the ambitious menu dreamed up by Willy, of the Fujian province, and his two cooks, a Shanghai and Hong Kong native, respectively.

Start with the dumplings. The much recommended sheng jian bao are doughy rounds stuffed with juicy ground pork. They can be strictly steamed or pan-seared, go for the latter. The dark brown bottom cracks like candied brittle while the rest of the dumpling resembles a slightly toasted texture unexpected for a dumpling. I preferred the translucent shrimp dumplings similar to har gow typical to a regular dim sum spread. Tissue thin wraps are smooth and slightly sticky; the addition of tapioca starch sends off an unexpected aroma of popcorn or roasted corn. Either should be dunked generously in rich dark soy sauce.

The colloquially named sopa de pescado is a helmet-sized bowl filled with a murky brown broth punctuated with coliflor, green onion, carrot and merluza battered in corn starch. The broth is light and airy on the tongue. It should be enjoyed with a healthy dollop of deep red chile sauce. The spice grows slowly like a cloud that settles around the top of the throat and blossoms outward—dancing around the roof of your mouth to the tip of the tongue and down the throat where it sets up shop. An oddly chosen cow shaped plate houses a sizzling eel dish. Sticky aguila is tossed in corn starch before being stir-fried with bell pepper and green onion—be careful to distinguish the difference between a red bell pepper and a chile pepper unless you’d like a spice lottery. Patience is a virtue here; the best bits are at the bottom where the eel has charred and crisped against the hot plate. 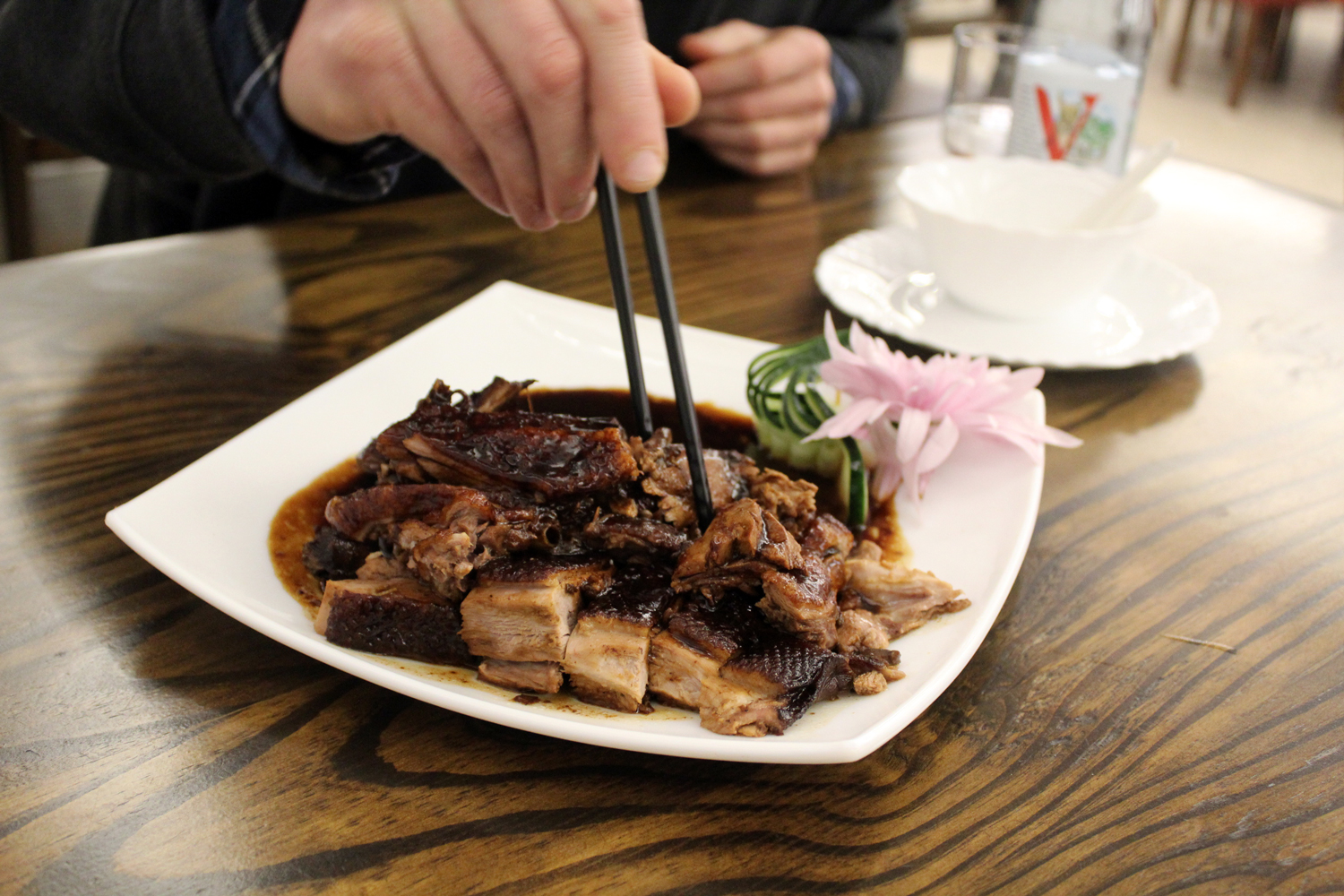 You will need to remove much of your winter attire to properly enjoy the sautéed eggplant. The crimson red oil-based broth is still boiling in the black clay pot as it is set down at the table. The eggplant, delectably soft, becomes a medium of which to scoop in the broth until your cheeks are as rosy as the sauce is. Temper it down with a roasted half-duck; crispy skin, tender breast meat and chewier dark bits of leg and offal. Don’t expect a typical Pekin duck; this is painted with a cocoa-dark sauce that borders between sweet and pungent. Pour the remainder over your rice before the waitress scoops up your plate.

There isn’t much in the realm of sweets to close off the night. There is, however, apple-flavored soju that tastes like juice until the 18% alcohol content catches up to you. Dance, don’t fall, down the stairs and don’t let the busy porteño street in on the secret.