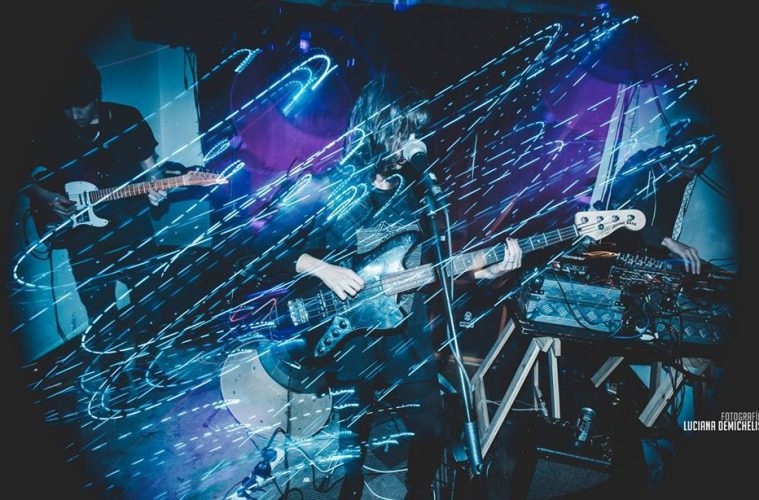 Change is in the air, folks. Today marks a big day in Argentina’s history, and the world is watching. Whichever side of the debate you’re on (and we think it’s pretty clear which side we land on), one thing that is absolutely undeniable is the power of music as a force of progress, protest, and change. That’s why we’re bringing you a heaping serving of live music goodness. Let’s get right to it.

(Oh, and be sure to check out our Spotify playlist with highlights from all this week’s artists. And follow us on Spotify while you’re at it!)

You can always count on trusty ol’ Centro Cultural Recoleta to deliver something new and interesting in the way of free live shows; this week, satiate your beatbox cravings with a show by Miloo Moya y la Orquesta de Beatbox, featuring guests such as Jazmin Esquivel, Pato Smink and more!

Panda Rojo is taken over by the sound of fuzzy guitars and punchy songwriting, as the appropriately-titled punk rockers Fuzz X, masters of anthemic singalongs Calma Isabel, reigning queen of singer-songwriter wistfulness Penny Peligro, and gloriously loud power-poppers Láctea come together for a new installment of the Para Los Dragones concert series.

A new edition of the always-reliable IndieFuertes series brings us the killer line-up of post-punk group Unión Soviética, spooky-yet-shimmery summer-punk of Mujercitas Terror, and the gloriously abrasive sounds of Lutos.

Our favorite local guitar-and-drums duo Riel will be joining the powerful singer-songwriter Andrea Alvarez for a show at Club V.

There was a period in my life where I’d trudge up to the corner of Callao and Rodriguez Peña at 5 AM every day to catch the 37 bus to FADU, where I’d spend the next 8 hours nodding out. It’s a total trip that now I get to do that closer to 9 PM to see two kickass bands, Unidad 01 and La Noche Que Estuve A Punto De Morir, do their thing.

Get your groove on with this beat-heavy, funktastic lineup of upbeat, danceable talent including NDE RAMIREZ, Tropical Mecanica, and Danza Perfume.

Nicolás Mateo’s latest album, La Experiencia Sensible, is among the contenders for “best album cover of the year”. It’s also a collection of textured, deceptively clever folk-rock songs. He’ll be showcasing them, and more, at Xirgu.

Or come to Plasma to check out the 90s-influenced sound of upbeat garage-rockers Terrores Nocturnos, post-punk (or, I guess, at this point, post-post-punk) band Dynammo, and the fist-pumping power-pop of Juvenilia.

One of the more intriguing events in this week’s agenda. Come check out the otherworldly guitar acrobatics of Arquitemisa, the wonderful indie-punk/jazz hybrid Halo Trio, and the kinetic math-rock of Los gladiadores del fla.

Talk about intriguing — we can’t even tell you where this event is happening! Regardless, come check out the latest installment of This Connect, featuring electronic artists such as Emir B, Heal Youth, N1a – aka Viole Gonzalez, Thissperso, M0710n + ObR4G, and possibly more intimidating combinations of letters and numbers, for a delightfully disquieting experience.