Off the Marquee | Eight Film Picks for August 2018

You’ve had the bejeezus scared out of you by demonic nightmare-creatures. You’ve laughed yourself silly at the harebrained antics of goofy manchildren and their refusal to grow up. You’ve marveled at impossibly attractive costumed superheroes as they perform perfectly-choreographed feats of heroism. You’ve watched setpiece after busy setpiece of Tom Cruise running very very fast — up escalators, through rooftops, down rapidly collapsing platforms, way past the limit of peak human performance, running running running towards something, anything, to fill the cavernous ever-empty inside. You’ve seen it all. You’ve enjoyed the heck out of it, but you’ve also… seen it. You know?

Film is a vast and flexible art form, with room for all manner of artistic expression; so why don’t we turn our attention away from the big-name marquees for a moment and take a look at what’s happening out on the fringes? In this second installment of Off the Marquee, we pick out a few quirkier, more obscure films that you can go see in Buenos Aires during the month of August. This is a diverse list of smaller-scale movies that are absolutely worth checking out, and that add to the rich tapestry of the art form. Most of them don’t feature Tom Cruise running.

A taut, gripping Swedish thriller directed by Tarik Seleh, based loosely on real-life events (such as the 2008 murder of Lebanese singer Suzanne Tamim) and exploring the layers upon layers of corruption that permeate the Egyptian police force in the dawn of the Arab Spring. A sharply-shot movie that manages to build and maintain a consistent level of intensity throughout. Its combination of efficient storytelling and real-life political backdrop make for a thoroughly engaging watch.
Screening dates and times

La Omisión is a quiet yet emotionally tumultuous human drama by director Sebastián Schjaer. It tells the story of Paula, a young woman who escapes her life in the big city to carve out a living for herself in the Argentine south. Things don’t go quite so smoothly for her, but she remains determined to find work and save money while also attempting to deal with the loose ends of the life she left behind in Buenos Aires. This modest little film does a beautiful job at capturing that vaguely disquieting feeling of fear and uncertainty one gets in the immediate aftermath of plunging oneself into a life-changing decision.
Screening dates and times 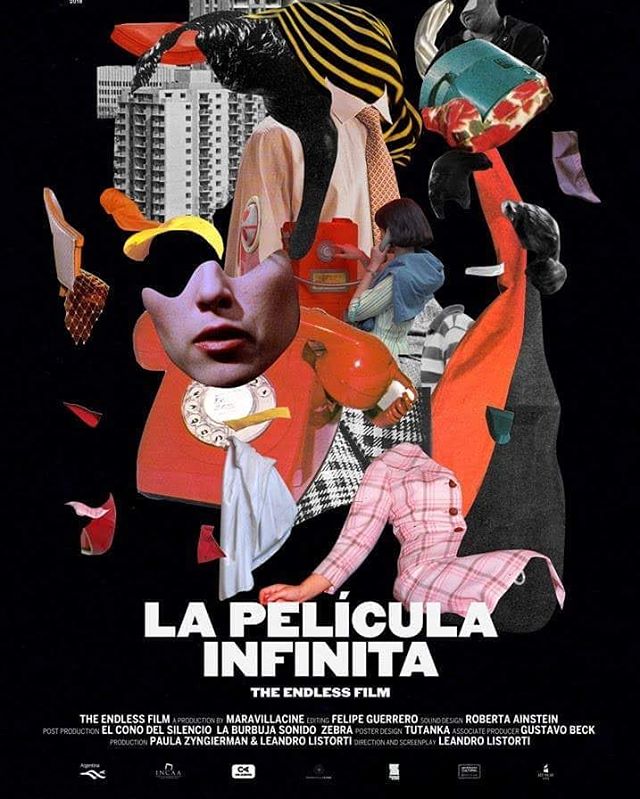 Though opening itself up to the kind of false advertisement litigation that has dogged The Neverending Story for the better part of three decades, The Endless Movie is a fascinating and thoroughly watching exercise in crafting a narrative out of scraps and spare parts and footage from projects that never really blossomed or took root. It is an impressive feat of editing, then, that it exists as this wonderfully monstruous Franken-film, taking the history of Argentinian cinema and recreating it in its own strange image.
Screening dates and times

Hey, look, recognizable faces! If you’ve heard about Disobedience, the new drama starring Rachel McAdams and Rachel Weisz, you’ve probably heard people praise it to high heavens for its examination of the intersection of identity, religion and sexuality, the incisive and sympathetic direction by Chilean filmmaker Sebastian Lelio (who helmed last year’s Academy Award-winning film A Fantastic Woman), as well as the rawer-than-raw performances from both leads.
Screening dates and times

Toda Esta Sangre En El Monte is a documentary that attempts to examine the far-reaching effects of the exploitation of land by giant corporations and business interests on its population. Through colorful visuals of rich and vivid landscapes, it plants us right in the heart of the conflicts that have arisen in the fields due to agricultural businesses, and does a great job of making the audience feel those tensions in their own skin.
Screening dates and times

An insanely endearing, unabashedly whimsical adventure movie from Paraguay by the directing duo of Juan Carlos Maneglia and Tana Schembori.  Manu, a young delivery man, receives a book by his disabled grandfather as a present for his 21st birthday. Upon opening the book, Manu stumbles onto something that could potentially change his life: the map to a hidden treasure. The film then follows him through the pursuit thereof. A film that is shot with youthful exhuberance that also manages to come off as outwardly classicist. It is also a veritable charm factory.
Screening dates and times

IKIGAI is a story of resilience, passion, and dedication. It is a beautiful documentary film that tells the story of Mirta Regina Satz, an artist, composer, singer and dancer who found shelter in her love of art. She also happens to be a survivor of the 1994 AMIA bombing, a horrific attack which killed 85 people. She’s gone on to become a beacon of artistic expression, and the film tells the story of her mission to create a mural piece as a tribute to the legendary tango performer Carlos Gardel.
Screening dates and times

We’re wrapping up this month’s recommendations with what is probably the most straight-forward film in the list, but hey, who doesn’t love a straightforward romance story? This charming Italian film sticks to the genre’s conventions pretty closely, save for the fact that the lead characters don’t connect through some random, harried meet-cute in the streets of New York; rather, she is a blind physical therapist and he is her patient (who is married). The story that unfold as they start falling for each other may follow the genre’s beats fairly closely, but the execution — poignant, honest and often visceral — elevates this charming little film a few notches above boilerplate romantic-drama status.
Screening dates and times