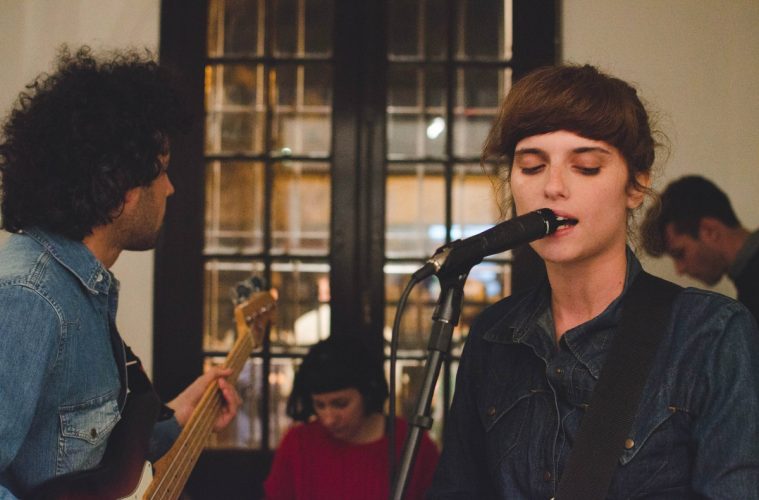 Come out your caves, y’all! The winter monsoon of doom 2018 has officially ended and the sun has come out, at least for now… so don’t waste any time and go celebrate we’re all still alive by witnessing the miracle that is live music. And I mean ‘miracle’ in the most secular way possible – none of us here at La La Lista are religious in the traditional sense of the word. Unless you count music as a religion, in which case I guess we’d all be considered fundamentalists.

So, without further ado, here’s your live music agenda for this week:

Ciclo Experimentalia is back for its second edition with a lineup of artists that honor its name by keeping things weirdly interesting. The performers for this Thursday’s event  will be dream-hop artist Baridi Baridi, lo-fi act Invito Al Ĉielo, nu disco project Class 76, and techno outfit Sensotronica.

Psych rock act In Corp Sanctis, surreal indie rock band Melanie Williams & El Cabloide and, from Mendoza, mystery band END LRG (sorry, no social media presence) will be playing live at Casa Colombo for a chill Thursday event that might be just what you need to make it to the weekend.

Indietronic band Libélulas will be playing a live show at La Tangente, presenting their new album ‘Hacer un fuego’. They’ll be joined by alternative rock outfit and fellow Chaco natives Lenoise, in a show that serves as a positive reminder that indie music is alive and kicking throughout the country.

How to get rid of your existential dread on a Friday night in three easy steps: 1) Head out to Multiespacio Korova, where darkwave duo Telefonema, post punk duo Re Signados, electro pop act Divina Encarnacion, and indie folk artists Penny Peligro and Lucía Ellx will be performing live music shows 2) Pay for your ticket (duh) 3) Sit back and enjoy the bands. You’re welcome.

Feminist electronic music concert series Girls Play Techno is back for its fifteenth edition, and we couldn’t be more pumped about it. On this occasion, circuit-bending wizard Laura Wini, Nacho Diaz (one half of electronic rap duo Prisma), multimedia project Internal Clock, and IDM act Camille Android will be dazzling the audience with their chops on their respective machines, bringing down the patriarchy one knob at a time.

Concert series Haus Party is back once again, this time with a killer lineup of indie luminaries: lush dream pop band Fervors, reverb-y indie rockers Parque de Atracciones and psychedelic krautrock project Ex-Colorado will all be rocking the hell out of a living room somewhere in Villa Ortuzar. Get there early kids, since capacity is super limited.

Synth pop outfit Gainza and fuzzed-out psychedelic band Los Aullidos will both be playing songs from their debut EPs as well as new ones from their upcoming albums. All of this, and much more, at El Quetzal.

If you’re into quieter, more contemplative music that still manages to retain its edge, then this is the ideal plan for your Saturday night. LAPTRA associate Srta. Trueno Negro, power pop band Perdedores Pop, and synth pop artist Francisco Villa will be playing live at Ladran Sancho, in an event that might as well have been put together by a Spotify algorithm.

Electronic artists Los Pat Moritas, Cinematronic, Toni Leys, Cokeandaspirin, and Replicant will be performing live at the Blipblop Party Zombie Edition, where you’ll be able to enjoy some eclectic live music shows while playing indie video games and drinking away the ennui. Who said being a grown-up wasn’t fun?

DILDA, our favorite LGBT concert series, is back at it, showcasing the most talented female artists in the Buenos Aires indie scene. This Sunday, the lineup consists of guitarist extraordinaire Lucy Patané, indie pop band Isla Mujeres Música, and experimental artist Mene Savasta.