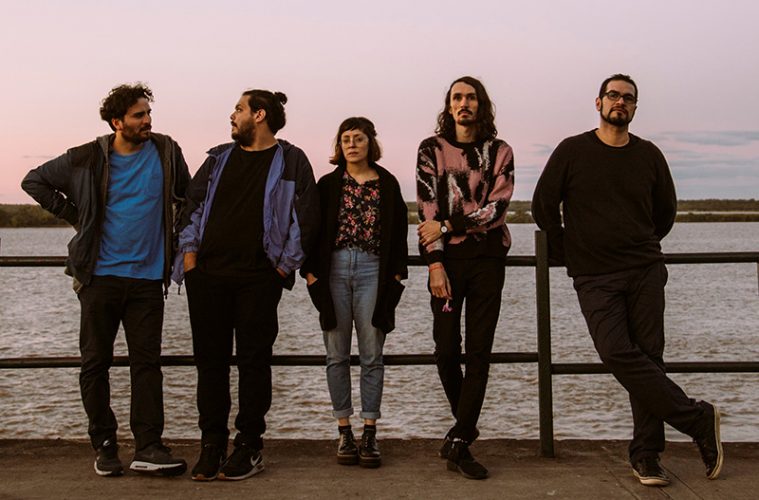 We have to admit: seasonal depression is most definitely a thing and we are feeling it, y’all. But you know what helps us get through the week? That zap of pure vital energy that comes from watching musicians do their thing on a stage. Art is alive! And so are we!*

*Repeat this mantra as many times as necessary.

Split up your week with some live music and head out to Centro Cultural Recoleta, where you can enjoy their weekly concert series where the best new bands in town share the stage with already established artists. This time around, LAPTRA associates Hojas Secas will be performing live, joined by surreal indie rock band Melanie Williams & El Cabloide.

Teknofieras is a new multimedia concert series that explores the relationship between artist and instrument (i.e. computers) beyond the limits of electronic music. For its first edition, dream pop trio Las Trampas, electronic ambient project CNTV, and vaportrap crew Fiji Social Scene will be performing live, delighting the ears of electronic music buffs and neophytes alike.

Still undecided about what to do Thursday? Here’s a piece of advice: go for diversity. Jazzy instrumental outfit Manto de Carne and synth pop project Automail (led by musician Rosalba Menna) will be playing two vastly different but equally good live shows at La Gran Jaime that will surely leave your musical urges satisfied (at least for now).

IndieFuertes is back at it again, showcasing a trio of promising, up-and-coming artists from the Buenos Aires indie scene. Summery indie rock band El Club Audiovisual, math rock outfit Puerto Austral, and singer-songwriter Juan López will be doing the honors this time, bringing some human warmth to this dreadful winter through power of live music.

Why wait for the weekend when you can enjoy an awesome trio of artists on a Thursday? Indie troubadour Facu Tobogán, shoegaze powerhouse Medalla Milagrosa, and psychedelic indie pop band Chico Láser will be joining forces to make you forget the existential void that hangs like a cloud over your head.

Rosario’s very own Mi Nave will be presenting their fourth album, the excellent ‘Ojos Cuadrados’, at La Confitería. They’ll be joined by synth pop duo La Vida En Familia and Ana Menor from Las Ligas Menores, and there will also be record stands from a gazillion independent record labels that you should totally check out.

Psychedelic indie pop musician Pablo Neptuno joins Envidia (the side project of Marcelo Moreyra from MUJERCITAS TERROR) to rock the stage of StrummerBar. Stay after the show for a smooth DJ set courtesy of Gat Sisti.

The winter edition of FestiEH! Is here, this time with a kickass, female-only lineup consisting of singer-songwriter Paula Maffia, vocal trio Bolerinho (Brazil), and Valeria Cini playing her songs in a power trio format. There will also be a standup performance by Fiorella Aita, and an art expo by Luli Adano, plus record stands from record label Elefante en la Habitación.

Junior 1, the trio led by Santi Azpiri, will be celebrating his birthday and presenting songs from their upcoming LP. Joining the celebration will be synth pop band La Vida en Familia, who are still presenting their first LP ‘El amor y el tiempo’, and singer-songwriter Francisco Villa, who will be delighting us with a taste of his upcoming first album.