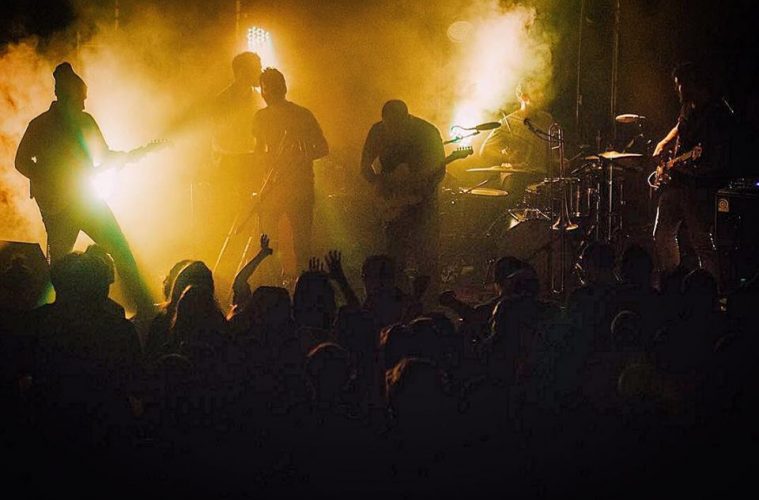 Welcome, one and all, to La Lista, our weekly breakdown of live shows in Buenos Aires! We have a lot to cover this week, including many options for you to celebrate the magic of friendship during this Friends’ Day weekend, so let’s get right to it!

Centro Cultural Recoleta brings us another showcase of emerging talents, this time featuring the peppy indie-pop of Isla Mujeres and the dreamy new wave of Pyramides.

Meanwhile, at that very same venue but, like, a few doors away probably, Colectivo Arcade and ＶａｐｏｒＣｒｅｗ 95 本のクールなもの partner up to bring everything weirdly nostalgic — we’re talking slowed-down synthpop songs and obsolete gaming machinery — back to your life. They’ll be featuring performances by members of Dirty Caka, as well as sets by ghost kid and Kadabra. There will also be a special performance by the band AMIGA UY,

Morbo y Mambo take the Tangente stage to regale us with their particular brand of blessed-out, funk-influenced pop music. And look– they have Thursday night all to themselves! Isn’t that convenient?

Hey, happy Friends Day, everyone! We’ve got a bunch of different choices for you to pick from. For instance, there’s the wonderful Festiamiguerx, happening at one of our favorite venues in town– the venerable Mi Casa. This mini-festival features performances by Mora y los Metegoles, Juan Lopez , Juanitzo y el Lobo, El Club Audiovisual, and Tomi 100p

Or! Come to the new installment of the IndieSud series, which takes over the Naranja Verde stage to bring us performances by the excellent indie-pop of LAGØS, as well as PRETA and Impulso Música.

Another great option would be to make your way to the wonderful Club Cultural Matienzo to witness performances by the powerful desert-rock of Shura Multivac with support from the eclectic folk – pop band Bis Serán,

And finally, as far as options for Friends Day proper, we have this show by indie folk artist Karina Vismara  as well as the soul-punk of the mighty Sentidos Alterados. That’s it… those are your Friends Day choices for the week, in case you’re not going to be out at some asado like 75% of humans in this city.

The great Jazmín Esquivel (whose wonderful album we included in our list of favorite albums of the year so far) will be pairing up with the excellent Ohdiosa for a show at Casa Brandon.

Hey, do you like your bright, shiny pop arrangements and synthesizers that feel like the clashing of dueling thunderbolts in the middle of the most dramatic rainstorm ever to exist? If so, man, you’re in luck! Because that’s exactly what Galácticas Mareas, Pablo Neptuno and funky power-poppers Terapia specialize in doing.

If you prefer your music to feature loud, overdriven guitars (while keeping the same flair for melody and wistfulness), a great choice would be to attend the second installment of Ciclo Fantasía Peligro, featuring the sounds of Roberto Monstruo and Medalla Milagrosa.

Or hey! Maybe you like your music real bleepy-bloopy and synthesized and clearly not made by any acoustic instruments. There’s no judgement here: we’re way into that stuff. So come check out this kick-ass festival featuring sets by N1a, Cybermission, Mclaren,  Waly Trupiano, Furor Exotica and Florida Boy.  Get bleepy.

Dark Side of the Party: Uvas, Hijos Amigos, Koyi

Dark Side of the Party returns! This time, featuring the talents of indie-rockers Koyi, twinkly math-rockers Hijos Amigos, and Uvas.

Feel like dancing your cares away? Who doesn’t, when it’s Saturday night and you’ve got so much horrible emotional baggage to run from? We’ve got a show here by BIFE and Cachitas Now! which promises to cure what ails you. Unless what ails you is, like, cllinical, in which case, uhhh, see a doctor.

Alternatively, you could have your face melted off by the ferocious guitar of hard-rockers Mondo Dromo, post-punkers Ayermaniana, experiemental post-rockers Los Llanos, and the grungy laments of Finger y La Pesada Herencia.

PALMER (with added Extranjeros) will be showcasing songs from their brand new album Viento en Los Sauces at Liverpool Bar.

And finally, we go right back to where we started, back to the trusty Centro Cultural Recoleta, to see the trusty Super 1 Mundial delight the heck out of everyone with their synth-heavy approach to pop music. This is part of the Colectivo Arcade event that will be taking over CC Recoleta for a few days. Why not come check it out?