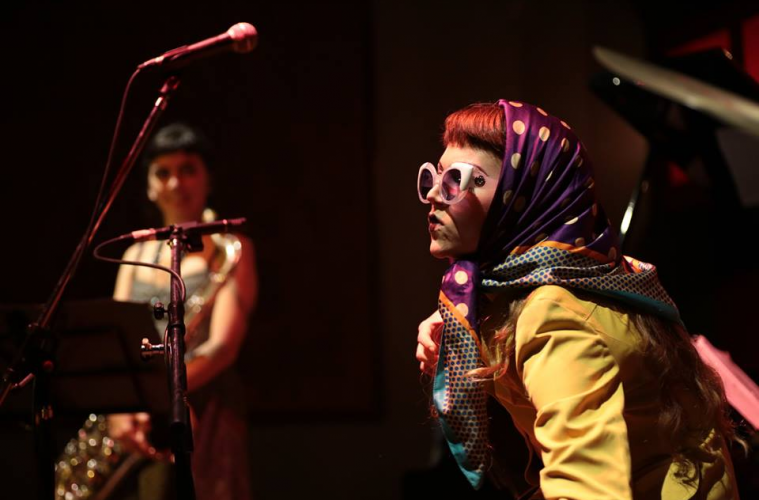 Look, there’s a way that this is supposed to go. There are certain conventions that we’re supposed to follow.  We know this because every live show review that will ever exist has already been written. We’ve read every last one of them. Including this one.

We’re supposed to inform you of the basic facts — that the show took place on Saturday, July 14th. That this was a show by Damsel Talk, the musical project of English-born singer-songwriter Jenny Moule. We’re supposed to follow that with some remark about how it feels inappropriate to refer to Damsel Talk as merely a musical project, when in reality it feels much more like a fully-realized stage persona. This will lead into a brief, desultory digression about the return of artifice and theatricality to the world of music; a world which, a few short years ago, had become so obsessed with the perception of confessional “authenticity” that any art that evinced the slightest hint of affectation would be decried as phony and inherently inferior. We are then to comment on the fact Damsel Talk draws from an earlier tradition of music performance. One where showmanship and playfulness were celebrated, and rightly understood as a vehicle for thematic and emotional exploration.

Oh, and there’s supposed to be some information here about the venue: the world-famous Thelonious Club, at their gorgeous new location in the heart of Palermo. There might be mention of how well the sumptuous and dimly-lit surroundings complement the music being played on stage, and how bright, crisp and clear the sound was (compliments to the sound guy and the natural acoustics of the space). 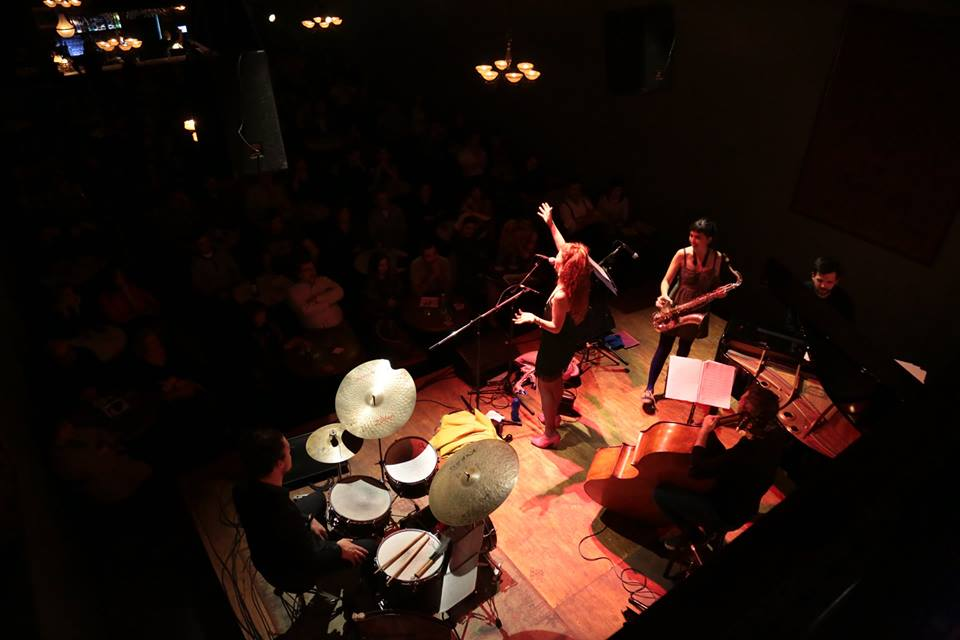 Look, we could do all that (and we just did). But the truth of the matter is that a traditional approach to music writing feels hopelessly rote, perfunctory, despairingly ill-fitting when attempting to convey the truth of Damsel Talk’s performance on Saturday; a performance that was unconventional in how it coalesced, breathlessly giddy in its execution, and dazzling in the level of musical dexterity on display. Her voice, a dark and velvety thing, haunting and powerful and pliable enough to shape to the contours of whatever genre she’s tackling at any given moment. Her act, an irresistible blend of avant-garde performance art, vaudeville theater and stand-up comedy.

She was anchored in this performance by the incredible musicianship of her quartet, consisting of Nicolas Boccanera on the piano, Camila Nebbia on the tenor saxophone, Nicolas Ojeda on the double bass and Omar Menendez on the drums. During one of her song introductions, Moule explained how the band had come together more-or-less last-minute and after a series of frantic Facebook messages. Their chemistry together — not just with each other, but with Moule herself — was off-the-charts, and you would think they’d been playing together for years. Credit also goes to whoever worked on the arrangements, as some of them were fantastically clever — there was a moment in the set where the plucking of Moule’s ukulele segued seamlessly into a rolling piano line that caused more one audience member near me to audibly exclaim “oh, wow”. 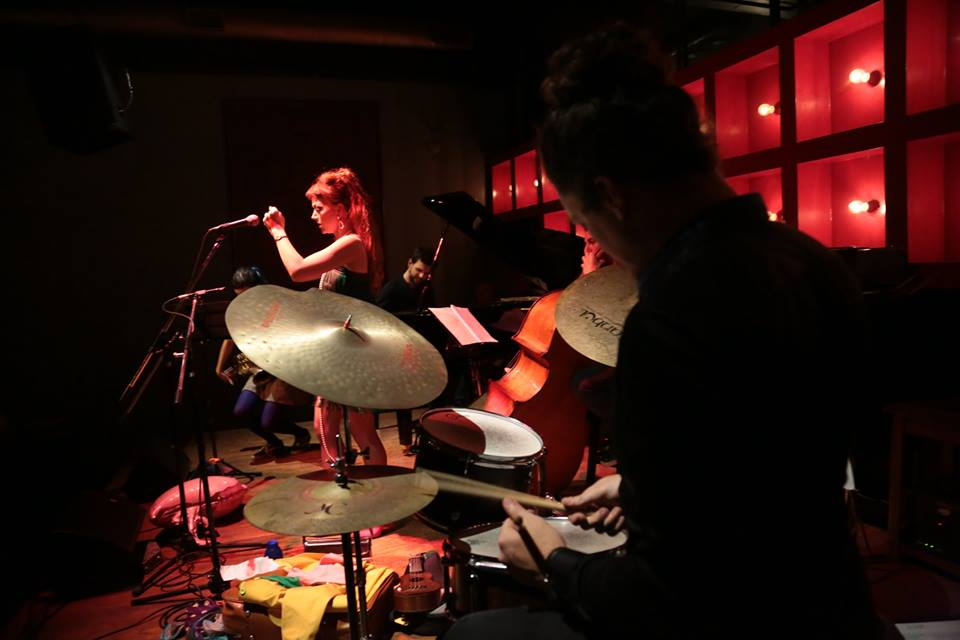 As they worked their way through a set that included brand new songs, improvisational storytelling pieces, selections from Damsel Talk’s wonderful EP Fe Fi Fo Fum, and a jazz standard (“The Man I Love”, slowed to a funereal dirge, squeezing every bit of heart-wrenching emotion from its lovelorn melody), I kept thinking of the inherent silliness of obsessive categorization and self-limiting labeling in the arts. Somehow, because this was at a jazz club, I had expected this to be a jazz show in the traditional sense. It wasn’t, and it was all the better for it. Often — and I am sure this applies to both audience and artist — we become so fixated on our predefined ideas of how things should be in terms of how closely they stick to genre conventions that the joy of creating is reduced to a series of boxes to check off.

Damsel Talk, with her strange melding of all these different performance traditions, with her bilingual blending of English and Argentine cultures, and with her victorious disregard for convention, managed to deliver a show that was dark, moving, mysterious, funny, and powerful. One of my favorite shows of the year so far. I struggled with how to approach this review because to convey the totality of the performance with a standard piece of music writing would feel borderline dishonest. Unfortunately, I ended up doing exactly that. Alas, I am not Damsel Talk. I’m just a fan.