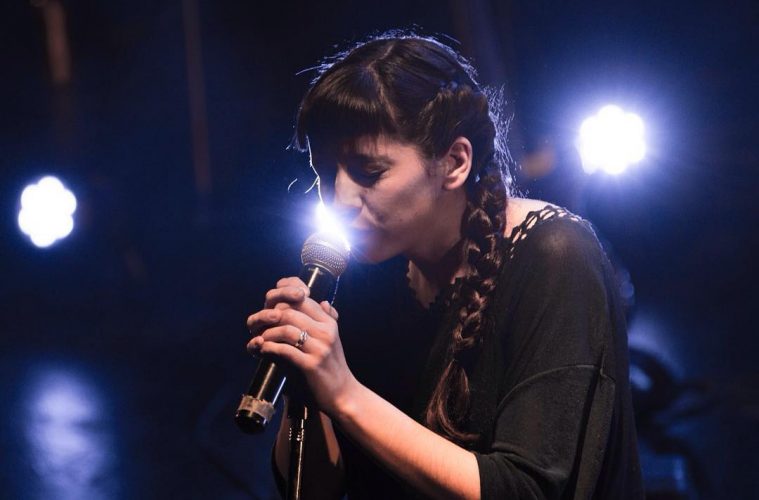 Another Wednesday, another edition of La Lista – the only mildly snarky, mostly loving, weekly rundown of live music in this city that contemplates the meaninglessness of existence on a  regular basis. What are we doing with our lives? Who cares! Go see some live music, that always helps.

Like every Wednesday, Centro Cultural Recoleta combines fresh new sounds with established artists, offering you the best option to get through the second half of the week. This time, experimental math rock band Hungría joins forces with electro indie rockers Programa to keep you nodding your head all evening long.

Concert series Sesiones 2037 aims to showcase the most daring and ambitious musicians in the Buenos Aires independent music scene, and by the look of this week’s lineup, they are doing a great job. The sheer electricity of Atrás Hay Truenos, the avant pop tendencies of Amor Elefante, and the romantic tales of Julian Desbats will coincide on the stage of Caras & Caretas for a evening brimming with young talent.

Love live music outdoors? Good, that means your weekend is off to a great start. Come enjoy not one, but two live shows at Kowalski Bar’s cozy patio and show winter who’s boss. Playing live will be old-timey swing band Las Crème Brûlée and indie singer-songwriter Jaz Pimentel, who will be gifting us with their songs right next to the campfire at Playa Almagro.

Created to commemorate the first ten years of Club Cultural Matienzo, the goal of concert series La Nueva Escuela is to give place to emerging new artists – something Matienzo has always been known for. For its first edition, lush synth pop project Cítrico, experimental funk outfit GULI, and electronic indie rock HTML will all be performing live to celebrate the live venue’s decade of existence.

It’s Friday already and you’re thinking ‘hey, wouldn’t it be nice to trip on some kind of sacred ancient plant and go watch some live bands?’. Well, here at La La Lista we don’t endorse the use of psychotropic drugs, but if we did, we’d probably recommend you go see psychedelic garage rockers Ministerio de la Nueva Alianza, who will be presenting their upcoming album ‘Volumen 2’ at Niceto Lado B. Joining them in this astral journey will be instrumental post-rock band Atlético Chipset.

Fiesta POWE is back to put some groove into your Friday, this time with the aid of hard-rocking, ass-kicking trio Brishit Bardo and psychedelic pop project Galean, who will be performing two radically different yet equally satisfying live music shows. After the bands are done playing, stay for a live vinyl set by the Cool Ghost Records crew.

The third edition of Intone is going down, and you weirdos out there shouldn’t miss it for anything in the world… except maybe one of the other shows Friday night (too many options!). Challenging our puny mortal ears with their live music sets will be darkwave outfit Balvanera, experimental electronic artist Black Pope Francis, minimalist IDM act Yanzón/Sardi-YS, and industrial synth pop band Los Desencadenados.

Long-running concert series IndieFuertes is back at it again with a trio of like-minded spirits that could potentially become your favorite new bands. Quirky synth pop band Ese Perro, sample-licious pop act Bröder, and psych rock outfit In Corp Sanctis will be doing their thang on the stage of Niceto, making the world a better place for it.

In an event that could be lovingly dubbed ‘American Music By Numbers,’ bluesy folk’n’rollers Excursionistas and drone folk one-man band Diente de Madera will be connecting the dots between bluesy, primal rock and roll and the bucolic, psychedelic ramblings of Appalachian drone music.

Post punk institution Mujercitas Terror will be presenting new songs off of their upcoming LP, joined by no wave duo Lutos. After the live music shows, keep those feet moving with a live DJ set by Hector Barreiro.

British one-woman show Jennifer Moule (aka Damsel Talk) will be performing songs from her repertoire, which covers everything from jazz to cabaret, soul, and tango, featuring covers as well as originals.