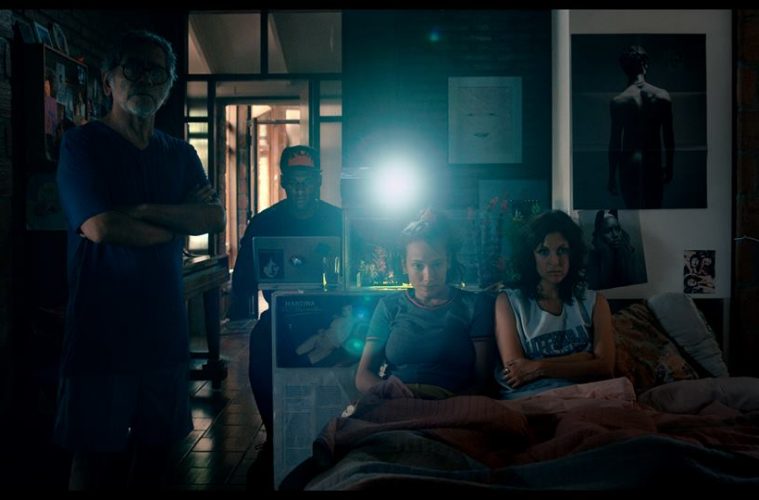 Off the Marquee | Eight Film Picks for July 2018

Let’s get you into a movie theater.

I mean, okay, unless you’re an antisocial germaphobe with a 65” 4K television and you’re perfectly comfortable streaming content that’s already been out for a couple of months, you’re probably already planning to hit up a movie theater sometime in the next month. Whether it’s to watch the latest entry in the ever-expanding and often-exhausting Marvel universe or to bask in the visceral thrill of consequence-free horror-induced adrenaline spikes, we all enjoy plopping down in those sticky seats and being whisked away for a couple of hours.

But …  let’s get you watching something different. The world of cinema is vast, and great, enduring art often happens in the fringes. The increasing homogenization of the well-oiled major-studio machine means that there are fewer and fewer chances of watching something that hasn’t been tested by focus groups, mulled over dozens of times by bespectacled 50 year old men in expensive suits, and sanitized into sterility. That’s why, on the first week of every month, we’ll be giving you a few hand-picked options of interesting, unusual, lower-profile films that are screening in the city of Buenos Aires.

So come on. Let’s get you into a movie theater. Here are our picks for this month.

Jeannette: the Childhood of Joan of Arc

I don’t think we could’ve picked something more whimsical if we tried. A French musical depicting the childhood and religious awakening of the historical heroine, it has been described as a “medieval heavy-metal musical” and “deeply and unsettingly strange”, both descriptions that immediately picqued our interest. Between the music, the subject matter and the gorgeous fairy-tale cinematography, this relentlessly odd, vaguely kitschy piece of work may be the most interesting thing you’ll see in theaters this month. And hey, at the very least, it’ll be a conversation starter.

Dialogue is, of course, an important storytelling tool in cinema, and while an over-reliance on it as an expository tool can be a strike against a film, it can also be thrilling to watch it be employed expertly. Wajib (titled in Spanish as Invitación de Bodas, or Wedding Invitation) is a brand new drama by Palestinian writer-director Annemarie Jacir about the strained relationship between a father and his son, and the journey that brings them together and compels them to finally air out their grievances. A moving human drama centered around family, legacy, and time.

Ah yes, the thrill of a gig gone wrong. You know how it is: You go to a rock show. You see a band you like. The cops show up. You flee from the cops. You lose your belongings. You take the wrong bus. You get lost in the big, scary city. You laugh and you cry. You have a lot of epiphanies. This brisk, youthful drama by Argentine director Jimena Blanco is a refreshing take on the after-hours lost-in-the-concrete-jungle Murphy’s Law subgenre.

Joel is the name of a troubled, sweet-hearted 9-year-old boy who is adopted by a middle-class couple who have been trying to be parents for a while. The boy is adopted, adapts seamlessly to his new life, and things go swimmingly. The end! Well, no. That would make for a very short film. Instead, this touching story by renowned Argentine filmmaker Carlos Sorin (director of slice-of-life films such as Historias Mínimas and El Perro) is a tender examination of trauma and what it means to be a family. Make sure to bring your tissues, because this one is emotional.

A silly and self-aware Chilean comedy about a wealthy family made up of a mother and her four daughters, and the dark family secrets that lie behind closed doors. It sounds more dour than it is: Calzones Rotos engages gleefully in its kitschy tone, even when the source of its humor is pitch-black. It is a comedy outside of time, both in its classicist approach to humor and social conventions as well as in its actual setting: there is no clear indication as to when it’s set, except simply that it’s certainly not present day.

One of the wonderful aspects of film is how it can bring you into a world that is so completely foreign to your own, and lay out the intricacies of that world’s inner workings in a way that makes complete sense. Western, the deliciously tense, thoroughly gripping new drama by German director Valeska Grisenbach, is a great example of this, as I never thought I’d be so thoroughly interested in the lives of construction workers in the Bulgarian countryside. But here we are. A frontierland “western” in the truest sense of the word.

The new movie by Che Sandoval, one of the most promising young talents in Chilean film, is the poignant, wistful, and warmly humorous story of Dry Martina, a fading music star whose life and stalled career is thrown into disarray after a surprise visit from a sister she didn’t know she had. Martina ends up traveling to Chile in search of … herself? Love? Her rapidly vanishing youth? She’s not sure, herself, and the audience has a blast following her along for the ride.

Desmadre is a documentary that, rather than attempting a detached academic study of its subject matter, takes a more personal and impressionistic approach to exploring the complex relationship between mothers and their daughters. An examination of the strange, often bewildering nature of that relationship, and its shifting nature over time.