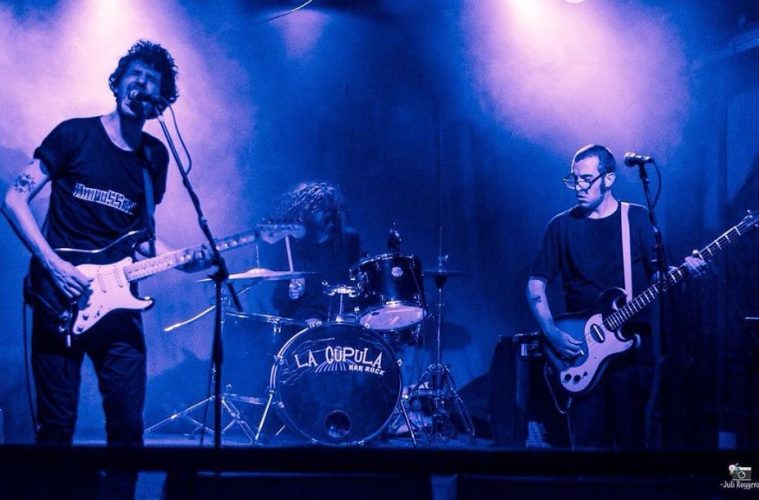 Welcome back to La Lista! Another week, another generous serving of live shows in the city of Buenos Aires. And considering how chilly it’s gotten the last few days, we’re thinking it’s probably a good idea to huddle close around the comforting warmth of stage lights, amplifiers, and, uh, musicians.

Check out the playlist on the right to get a taste of the artists featured in this week’s agenda (at least the ones we could find on Spotify). And don’t forget to follow La La Lista on Spotify for our weekly agenda picks, Best Of playlists, and much more.

Singer-songwriter Agustín Donati plays a full-band show in anticipation of his upcoming album release, at this event hosted by the folks at ElCanciller.com. Check out the above video and keep an eye out for the part where he beats up a mannequin next to a dumpster. Art!

Facu Tobogán, frontman for the excellent Tobogán Andaluz (whose new album we featured as one of our staff picks for the first half of 2018, yes check out this seamless inter-article cross-promotion) will be playing a stripped-down acoustic show at LOCAL.

IndieFuertes returns! This time around, they take over Niceto to showcase the talents of indie-poppers Nidos and synthwave artists Isla de Caras. Come on over for a night of pure ear candy.

Or come to La Tangenta for the one-two punch of soulful, bluesy rockers Uva Mondays and electronic-tinged power-popper Pablo Caputto.

KONEX is one of our favorite venues in town, with its industrial-hipster aesthetic. This Friday it hosts Infierno Attack, with the funky psychedelia of Tirman Kid,  the synth-and-guitar-laden pop-rock of Billy Zabaleta, and the chippy, poppy tunes of Libelulas Musica.

Our old haunt Mi Casa is hosting a night of electronic beats and poppy melodies, featuring the groovy, synthy sounds of Antuantu, the spacy melancholia of Junior 1, and the catchy singalong melodies of Andrés Ruiz.

Well hey, here’s something different. Colectivo Arcade hosts this veritable memefest, featuring live performances by chiptune and electronic artists such as Toni Leys  and Nakatomi Plaza, as well as something called a meme battle. We truly live in an age of wonders.

A night of music that promises to match the chilly weather; folk-based shoegazers FrostProof and the elegant melodies of Swedish folk-rock singer-songwriter Black Guillemot take over Hupulus.

A testament to music’s ability to bring out the best in people, this charitable event brings together artists such as Úgjü Sectas, Hombre Herramienta, Deportivo Alemán, El Ente and Interzona to help support the Alegres Los Niños food bank; one non-perishable food item is the suggested contribution, but you may also donate cash.

Y’know, as the editor-in-chief of this here publication, Evy would probably encourage me to avoid any impressions of favoritism by going on at great lengths about what a great band Fervors is, but fuck it! What’s she gonna do, FIRE ME? Evy’s band Fervors is fantastic, and on the first Saturday of every month they host this great event called Haus Party. Good drinks, good food, and very good live music. This week, the guest performers are the wonderfully unusual sounds of Diana Divaga and the dreamy lo-fi sounds of Rosalba Menna.

Finally for this week, come to La Tangente to check out the talents of indie-rockers Mi Pequeña Muerte with special guests Gente Conversando..

If you have a gig coming up, or you know of one, we want to hear about it! Hit us up at [email protected]