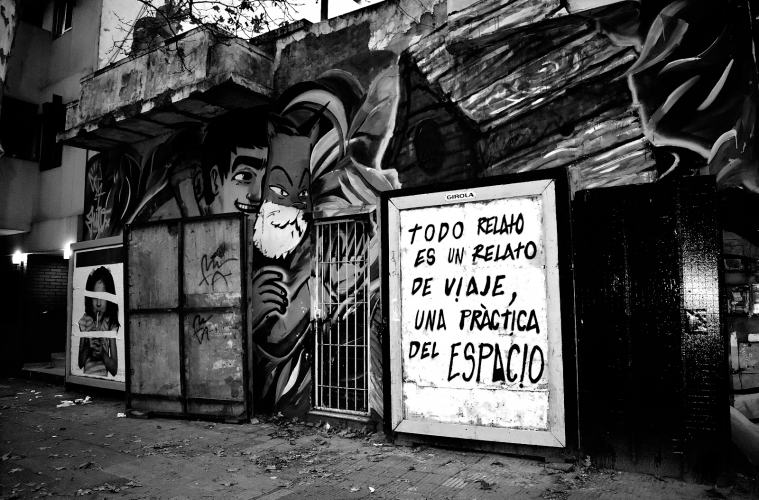 Buenos Aires has often been described to me by friends and family as a surprisingly binary world, in both form and function. In crude terms, and depending on the individual point-of-view, this tends to be defined through the respective prisms of soccer (Boca Juniors vs. River Plate), politics (the liberal left vs. the conservative right), and social inequality (the wealth of the “haves” vs. the poverty of the “have-nots”).

And yet, if there’s one lesson I’ve learned in my many years here, it’s that cultural generalizations tend to be misinterpretations of more complex truths. In my experience, I have found Porteños (and Argentines generally) to be passionate, open-minded, and, given the realities that accompany the lived experience of culture and class, quite nuanced. It’s not the duality of black and white that defines Buenos Aires, rather, its penchant for assisting its citizens in their quest to build bonds and create communities in unexpected places, with unexpected people, and at unexpected times.

With “unexpected” acting as the operative word, I recently found myself a fortuitous witness to the powerful inclusiveness of one of these communities. The by-product of a potent mixture of fate and circumstance, I was privileged to be able to document the final weeks of the grassroots movement known as Cultural Center MUTA. What follows is a present tense, four-part, first-hand account of how I came to meet and document MUTA’s eclectic team of artists, poets, and dreamers. As I can only hope to capture, at best, one significant aspect of this highly intricate reality, I simply aim to demonstrate that we aren’t always doomed to dream the right dreams at the wrong times.

I’m arriving late, but I clearly understand that I’m probably going to be early. It’s both mid-May and mid-Fall, and I find this combination to be ironic.

It’s my first time attending an event at Cultural Center MUTA, the residential dwelling turned temporary cultural center that I’ve heard so much about. A friend of mine has planned a documentary screening, and MUTA has agreed to play the role of affable host. With a word of mouth following and strict dirección por privada ethos, I don’t quite know what to expect. It’s dark by the time I arrive at Villa Ortúzar, the French neo-classic neighborhood that MUTA calls home. The streets are dimly lit, and I’m struggling to find the address.

After spending a few minutes lost in the expanse of residential homogeneity, I finally locate what I believe to be the home. I begin searching for the door, not entirely sure where the suburbs end and the culture begins. As I examine the graffitied facade, I imagine a speakeasy-style, quasi-legal, passcode prompted experience awaiting me on the other side. “Maybe it’s home to a group of political radicals,” I think, “Or a top-secret club for street art vigilantes!” I spend another moment or two indulging in my anarchic fantasies, searching for hidden passages and practicing passcodes, before I notice a relatively featureless door with one hard-to-miss sign:

I knock loudly, and, after waiting a few minutes, a bearded man of above-average height and build emerges from behind the door. Amiable in his demeanor, beverage in hand, he offers me both a warm smile and a customary kiss upon greeting.

I take note of the fact that, although fully-furnished, well-lit, and adorned with art, the house appears empty. There are no guests, party goers, or vigilante freedom fighters to be found. I begin to worry that I’ve made a mistake, that I’m now intruding. I sheepishly ask the bearded-gentleman with the Tartan button-down if his home will soon play host to an intimate screening of The Wonder Sound, or, as my intuition irrationally suggests, if I’ve mistakenly crashed a Thursday night party-of-one at his private residence.

With his powerful laugh reverberating high off the tall walls of the narrow foyer, he responds to me in English:

Moving north-to-south, we pass room after room, recess after recess, as Mati directs me through the sprawling, maze-like home. The foyer, intimate at its start, quickly expands into a partly open-air central corridor that runs the length of the property. To the west, we pass three large rooms positioned in sequential order – living room, dining room, bedroom – before arriving at a modest, but well-kept bathroom. To the east, I observe two large rooms, each located at the farthest opposite points of the home, with another open-air patio and bathroom in-between. Both patios have stair access to a yet-to-be-discovered terrace.

Everywhere I look, I discover art. 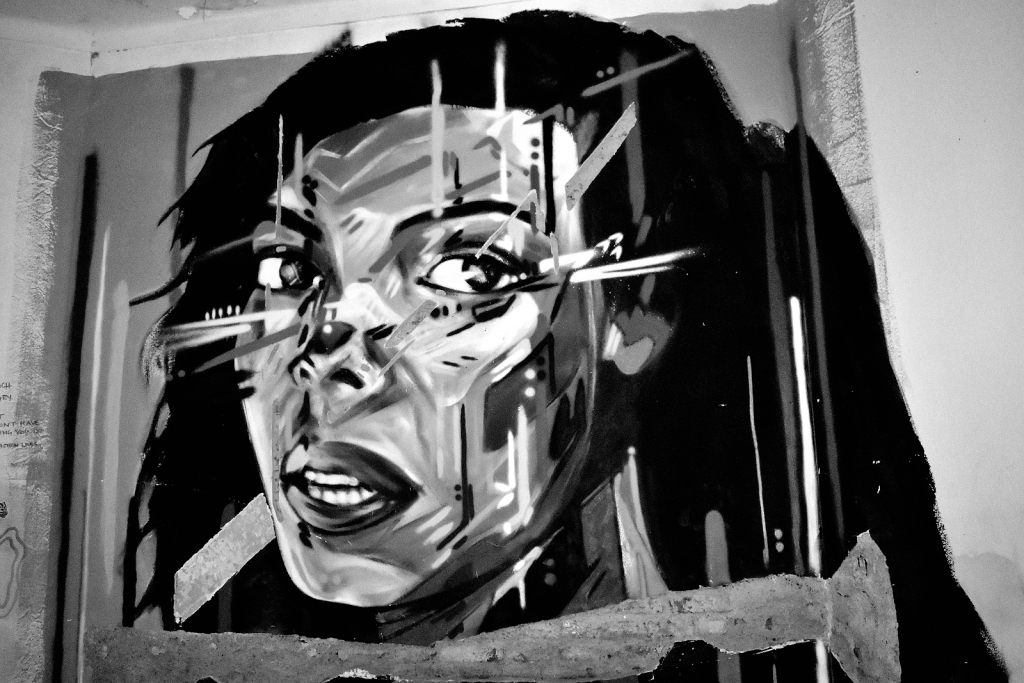 I try my best to analyze it, to take it all in – at least to the extent that limited minds can. My eyes instinctively wander from wall-to-wall, my imagination searching for deeper meaning.

Finally, I arrive at the nook-like kitchen positioned in the far back corner of the home, and there, I find Alicia hard at work popping popcorn over a gas-lit stove. As we catch up over some lukewarm beers and spicy pochoclo, I begin to relax and let my guard down, cherishing this intimate moment between old friends. Time begins to parallel my rate of alcohol consumption, and, very soon, I find myself in the screening room, trying my best to navigate the night’s quixotic mixture of strangers, languages, and faux pas amends. Social anxiety kicks in, and I begin to second guess my every word, glance, and gesture. Desperate for a sense of purpose in the rough seas of social ineptitude, I seek out the only familiar face I can find – the bearded doorman with the kind eyes.

He introduces himself to me again, and, unlike our first encounter, I take care to immediately memorize his name – Mati Lastra, one of the live-in curators of MUTA. With each of us now enjoying a freshly opened and slightly less lukewarm beer, we pass the next hour exchanging mutual respect via stories of adventure, passion, and pain.

The more I learn about Mati, the more he strikes me as inspiring. He is formally educated, well spoken, and thoughtful in his dialogue. An architect and social housing specialist by profession, he works on the urbanization project of Villa 31, Argentina’s largest informal living settlement. Intimate with the highs and lows of the human condition, Mati holds no pretenses of utopia. To him, the real world is black and white; we are simply trying our best to stimulate change within the shades of gray. I come to learn that the two-story home hosting our screening event was previously an abandoned dwelling. That Mati and a collection of friends successfully secured permission to not only live in and occupy the property, but to use it as a temporary cultural center as well. By the end of the night, I realize I’ve discovered a fascinating individual whose only apparent fault may be his refusal to entertain the idea of being an inspiration.

Yet, given his heavy heart, I suppose that’s a fault we can forgive. After almost two years of managing, hosting, and living in the cultural center he helped create, Mati is trying to come to terms with its imminent end. In less than a month, MUTA will host its final event before being destroyed to make way for a high-rise apartment complex. 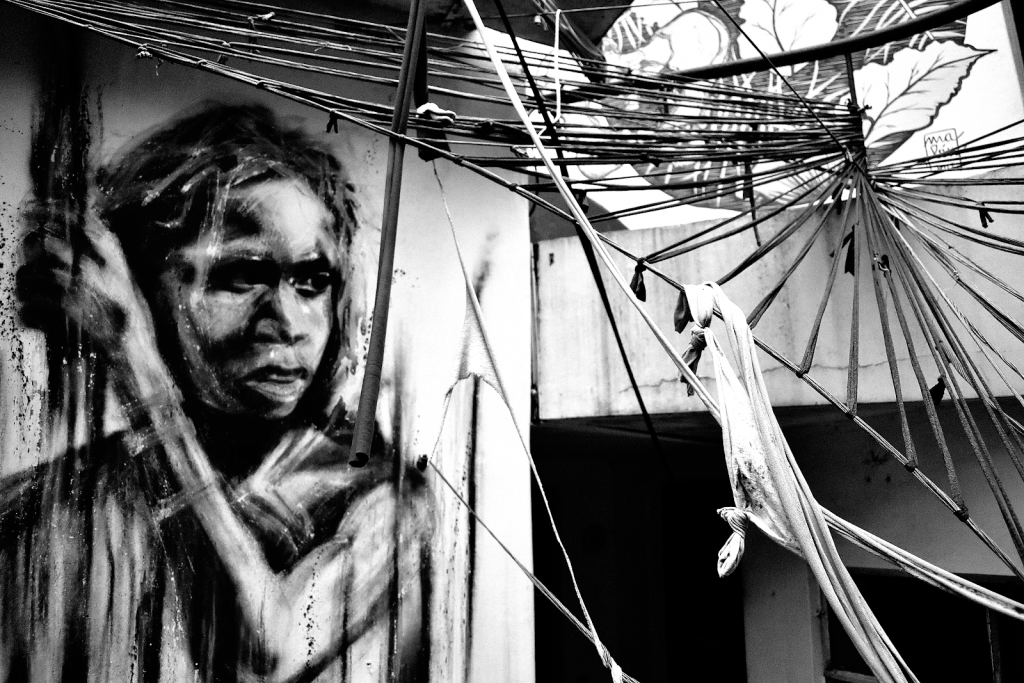 Later in the night, with the subway closed and all of my money long spent on latas of golden lager, I’m drunkenly walking the two kilometers home. Somewhere between Colegiales and Palermo, a radical idea jumps into my head and interrupts my buzz:

I am going to document the destruction of MUTA… to help Mati leave a footprint for all to remember!

While undoubtedly a noble idea on moral grounds – and certainly one I believed to be cathartic at the time – I would soon come to realize an important principle that I naively (and perhaps drunkenly) overlooked that night: Bigger than a house, more important than a single person, when it comes to MUTA, its community is its footprint.

We’re all just along for the ride.

This is the first installment of a 4-part series. The second installment will be published next Tuesday, July 10th.