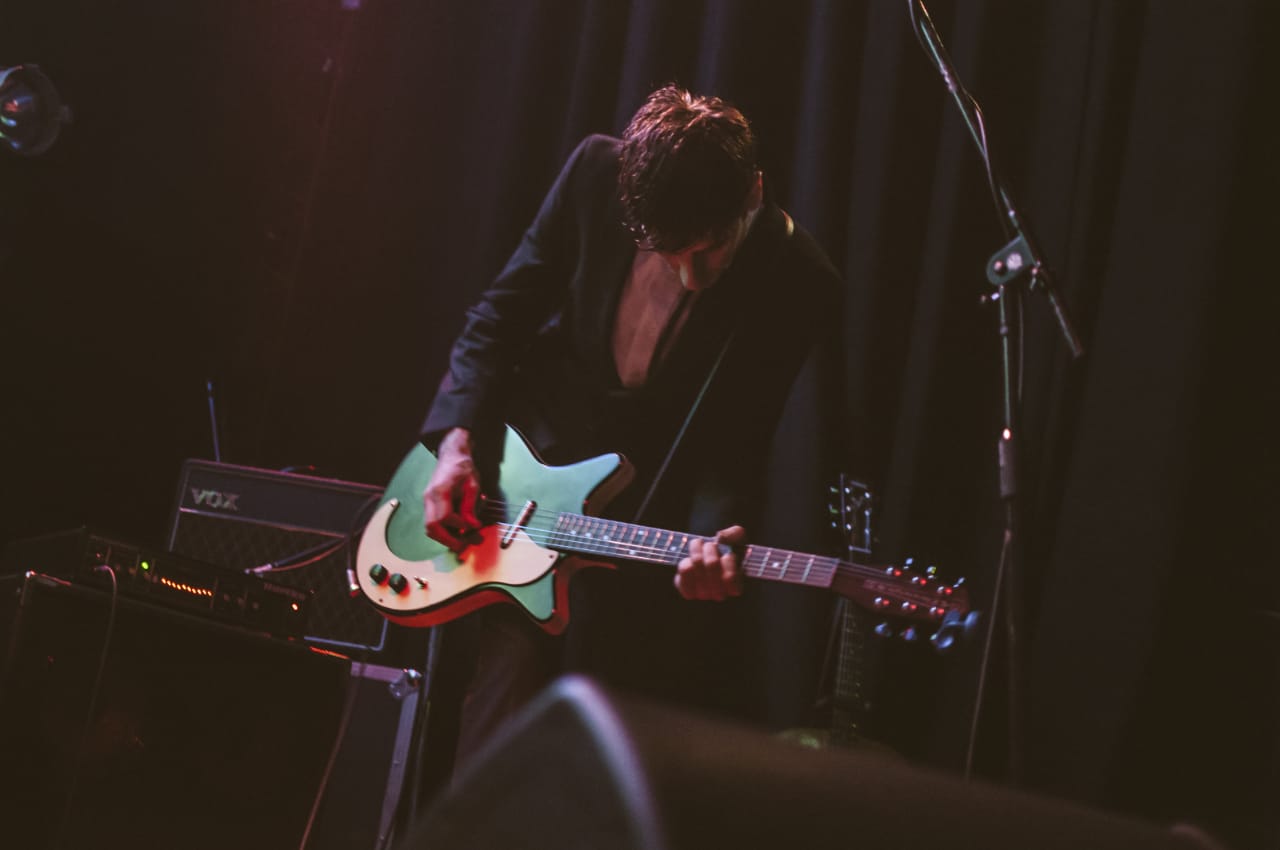 Last weekend called for celebration, but the cold was insistent, and I had to repeatedly remind myself of my plans as I mustered the courage to venture into the frigid night. By the time the bus arrived, I had listened to the entirety of Parallel Lines –  and yet I still arrived to Liverpool early. One trip to YPF, an alfajor, and an angry read on inclusive language and feminism later, I returned to the venue. I redeemed my consumición from the bar, and was dancing on the barstool to the Ray Charles over the monitors while messaging some indecisive friends to join me… when it happened.

Four lurex-clad beings made their way to the stage, and started an onslaught of psychedelic riffs and synths which surfed over groovy bass lines and bodacious drumbeats, making the urge to dance nearly impossible to resist. They looked like they had landed on a spaceship commanded by Ziggy Stardust himself, sent from outer space with a message for a world gone bored, numb and confused- “Don’t forget art as your guide and salvation.”

Well, Tick Toper: Message received. I left the show in  a state of elation thinking “Thank god I went out tonight!!” and wondering “Why the hell had I not seen this band before?” a feeling that intensified a few hours before writing this as I indulged my social media stalker impulse while listening to every recording I could find online. These four dudes from San Pedro are totally nailing it. If, like me, you have spent some time “living in a tupper”, like some of us porteños say, please push play, put your glitter on and become a fan. And for those already in the know – well, I’ll be seeing you soon.

Right when I started  to think the night could not get any better, Excursionistas took the stage. Having seen these guys before, I thought I knew what to expect. Well, I was wrong. Backlit by Audrey Hepburn and other silver screen queens being projected behind the band, frontman Juan Tranier (dressed like a postmodern southern preacher) raised his hand with his back to the audience as keyboardist Lupi (with her green bandit bandana around her neck) began to play. I began to feel we were all in a trance as the drummer Santi joined in, setting the train in motion.

The keyboard propelled us forward while the drums and guitar worked us into a manic, dancing frenzy – the audience clapped their hands, shook their heads, and twirled freely. At times the band would jolt to a stop, toying with the audience through perfectly executed silences in which the three band members would freeze, then spin around momentarily, kick you in the face with sound and set you dancing again.

I’d better wrap it up because I could go on all day. But first let me tell you one thing, dear readers: Never, ever, ever, let the cold or anything else bring you down or keep you inside when there are shows like this to be seen. You never know when you are destined to meet your new favorite band or witness the best performance yet of a band you already know, listen and love.