La La Launch: A Letter From The Editor 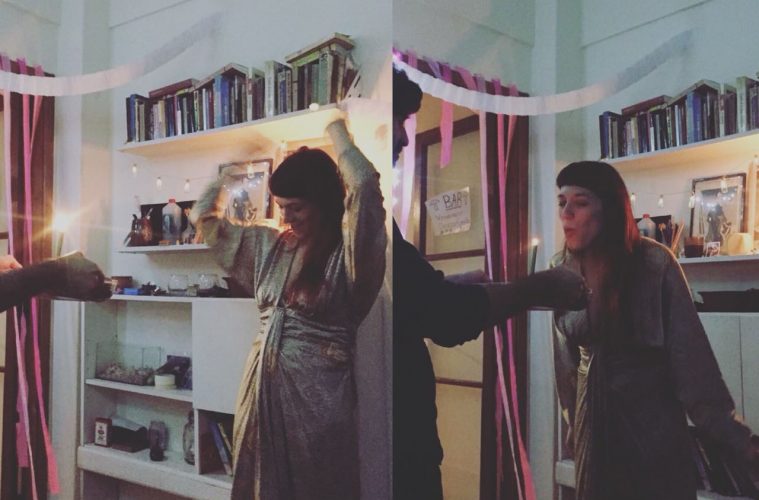 It was my birthday Wednesday. Which, dear reader, happened to be the launch date of this little corner of the internet.

A friend has a tradition in her family wherein everyone has to say something they appreciate about the person whose birthday they are celebrating. On Wednesday night, after gorging on Indian food (Dulces de la India – highly recommended) and wine in our crowded living-room-turned-rehearsal-space, she shared this practice with everyone present and kicked things off. I was entirely overwhelmed by the whole thing, but also took note of a crowd favorite when it came to my personal traits. Let’s call it my “willfulness.”

My dad has always claimed that this particular quality is due to my German or Polish heritage (maybe both? The Internet says it could be either). All I know is that my drummer affectionately compared me to a tractor. In his defense — or maybe mine  — he’s from a small, rural town and it could very well be that tractors are much-beloved objects there. In any case, I am willful and persistent, and sometimes my ideas take on a life of their own, dragging everyone around me with them and obliterating everything in their path.

La La Lista is one of those ideas. It started as a half-formed daydream, a “maybe” idea that i would toy around with when I was frustrated with the limitations of past projects. But unlike many of my ideas (if only my overly-complimentary friends knew the number of ideas I’ve breathlessly formed and abandoned), this one took root, and has finally emerged with the support and generosity of my more talented friends.

You see, as I began sharing this idea with others,  I was somewhat taken aback at how many people wanted to participate (unpaid — for the love of it!). But I shouldn’t have been. There are so many incredible musicians in this city that deserve to be featured, so many artists, chefs, and performers that we’re itching to get to know, and dig deeper into their motivations and processes. There are also many gifted and inquisitive writers who haven’t felt valued writing for other publications in this city. I hope that we can change that.

So here’s my slightly belated toast to the launch of La La Lista, the newest place on the internet devoted to chronicling the many artists, projects, and creative spaces that make Buenos Aires home to a bunch of food and art-obsessed weirdos.  Please enjoy this playlist of 29 songs, a loose collection that runs the gamut of new inspirations, classic standbys, and local talent that helped make this decision easy.